Federal Reserve Chair Jerome Powell pauses during a news conference, Tuesday, March 3, 2020, to discuss an announcement from the Federal Open Market Committee, in Washington. In a surprise move, the Federal Reserve cut its benchmark interest rate by a sizable half-percentage point in an effort to support the economy in the face of the spreading coronavirus.
Jacquelyn Martin — AP
By Brian Chappatta / Bloomberg

(Bloomberg Opinion) — The Federal Reserve’s strategy to combat the coronavirus outbreak and its impact on financial markets and the longest U.S. economic expansion in history turned out to be nothing short of shock and awe.

In the central bank’s first emergency action since 2008, Chair Jerome Powell and other Fed officials voted unanimously to immediately lower the fed funds rate by 50 basis points to a range of 1% to 1.25%. The surprise wasn’t necessarily the magnitude of the move: Bank of America Corp., Barclays Plc, Goldman Sachs Group Inc., JPMorgan Chase & Co. and NatWest Markets were just some of the Fed’s primary dealers who were expecting a half-point move at or before the central bank’s March 18 decision, in no small part because of the rapid decline in U.S. Treasury yields last week.

Rather, the shock is just how decisively the Fed chose to respond after signaling little urgency just a few days ago. As I wrote recently, a range of central bankers had been parroting the line that it was too soon to judge the economic fallout of the spreading coronavirus. The first question asked of Powell at his press conference on Tuesday was, “What changed?” He couldn’t really answer, other than “we saw a risk to the outlook for the economy and chose to act.”

“You don’t see things showing up in actual data,” he said. “You do see them showing up in sentiment forecast indicators and things like that. We expect that will continue, it will probably grow. And that’s one of the reasons why we’ve come to the view that it would be appropriate for us today to move to support the economy, and that’s what we’ve done.”

However, as of now, Citigroup Inc.’s U.S. Economic Surprise Index is close to the highest level in more than two years. It’s certainly reasonable to expect some data to come in weaker in the ensuing months, but the bar that policy makers set just last week hadn’t been cleared by any measure. In fact, the Fed said in its statement reiterated that the “fundamentals of the U.S. economy remain strong.”

So, what explains the sudden move? Most likely, as I theorized on Monday, the Fed is providing some cover for its peers that don’t have as much room to ease monetary policy, like the European Central Bank and the Bank of Japan. Notably, the ECB’s next decision is March 12 — six days before the Fed’s. My Bloomberg Opinion colleague Ferdinando Giugliano wrote on Tuesday that “the ECB needs to be careful that it doesn’t get back its old crisis-era reputation as the major central bank that’s least willing to act.” That was a major risk from the ECB going first (the BOJ’s next decision is March 19). There’s now far less pressure on President Christine Lagarde.

Group of Seven finance ministers and central bankers didn’t outright say this, of course. Powell just said that central bankers are “talking to each other on an ongoing basis.” But traders can read between the lines.

“G-7 central banks will continue to fulfill their mandates, thus supporting price stability and economic growth while maintaining the resilience of the financial system,” the G-7 leaders said in a statement.

That reinforces what markets already knew: Looser monetary policy isn’t a perfect, preemptive cure for a potential pandemic. Bloomberg News’s Katherine Greifeld and Vildana Hajric wrote an article on Monday titled “The Problem With Pinning All Your Market Hopes on Rate Cuts” that surveyed investors who were skeptical that any risk-on move from Fed action would be short-lived.

“Markets are said to stop panicking when policy makers begin to panic. The Fed just delivered an emergency cut, which qualifies as panic,” wrote Neil Dutta, head of U.S. economic research at Renaissance Macro Research. “But the Fed’s tools are imperfect and not adequate to deal with a public health crisis. The market wants to know how far the virus will spread and the Fed cannot answer that question.”

Powell also created the unavoidable perception that he and other policy makers are susceptible to political pressure. President Donald Trump tweeted this morning that the Fed “should ease and cut rate big.” Just for good measure, he added that the “Jerome Powell led Federal Reserve has called it wrong from day one. Sad!”

After the Fed announced it was lowering interest rates, Trump kept his online campaign going, demanding “more easing and cutting!”

That is precisely what bond traders have to think about next. Does this move replace any sort of action at the Fed’s actual March decision, or will Powell go ahead with another interest-rate cut?

“50 bp was consistent with ‘shock and awe’ as an operating theme,” Ian Lyngen at BMO Capital Markets wrote. “Now what happens at the FOMC meeting on March 18? Did the Fed lock themselves into another potential cut then? Powell hopes not, but investors will skew the odds differently if history is any guide.”

The Fed just spent a lot of ammunition in an attempt to shock and awe global financial markets. This might just be the first step toward U.S. interest rates returning to the zero lower bound. 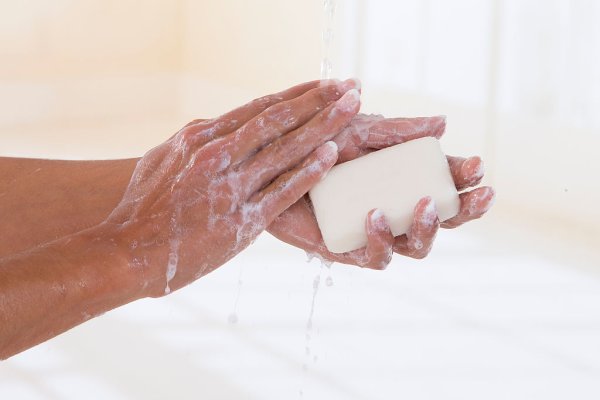 The Best Songs to Sing While You're Washing Your Hands to Prevent Coronavirus
Next Up: Editor's Pick