Should You Cancel Travel Plans Amid COVID-19 Concerns? Here's What to Consider

Airlines around the world have suspended flights and several countries have implemented travel restrictions to quell the spread of the coronavirus, officially known as COVID-19, raising questions about whether people should cancel their upcoming international and domestic trips.

The World Health Organization (WHO) has called the spread of COVID-19 a pandemic. More than 167,000 cases and 6,000 deaths have been reported across dozens of countries and territories.

The United States has suspended all travel from Europe for 30 days, a ban that does not apply to U.S. citizens and led American travelers to experience chaos and crowds at airports across the country as they tried to return home. Foreign nationals from China, Iran, the United Kingdom, Ireland and countries in the Schengen border-free zone are currently barred from entering the U.S. American citizens returning from countries with a high risk of the coronavirus are required to fly to one of 13 airports around the country for health screenings.

Guidelines released Monday from The White House recommended that Americans avoid social gatherings of more than 10 people for the next 15 days. The advice comes about a day after the Centers for Disease Control and Prevention (CDC) recommended canceling or postponing gatherings of 50 people or more — including events like weddings, sporting events, concerts and festivals — for the next eight weeks. Major sporting events, music and film festivals have already been cancelled or postponed throughout the country.

The travel sector itself is expected to take a hit in the coming months, according to the trade group U.S. Travel Association, which said international inbound travel to the U.S. will fall 6% over the next three months, marking the steepest decline since the 2008 financial crisis.

Roger Dow, U.S. Travel’s president, says that although businesses are warning people away from traveling, members of the public should heed notices from health agencies while deciding on travel plans.

“This is a pretty volatile time,” he says. “And by the time you travel, it may look different. You can’t anticipate where the cases are going to appear.”

Here is what to consider when weighing whether you should cancel any future travel.

What are health and government agencies saying about travel?

The U.S. State Department, which issued varying levels of travel warnings throughout February for countries grappling with outbreaks, warned against all international travel in a new advisory posted on March 19.

All citizens are asked to avoid international travel due to COVID-19’s global impact, says the Level 4: Do Not Travel advisory, which is the State Department’s highest level. Americans who reside in the U.S. and are currently abroad in countries where commercial departure options are still available are urged to return home immediately “unless they are prepared to remain abroad for an indefinite period,” according to the advisory.

Individual travel advisories are still in place for different countries. As of March 19, Level 4: Do Not Travel remains applicable to Iran and China and the Lombardo and Veneto regions of Italy. South Korea and other parts of Italy remain under Level 3: Reconsider Travel warnings, while Japan and Hong Kong are under the State Department’s Level 2: Exercise Increased Caution warning, due to the coronavirus outbreak.

The Centers for Disease Control and Prevention (CDC) has issued similar recommendations for travelers. The CDC has warned people to avoid nonessential travel to China, Iran, most European countries, South Korea, the United Kingdom and Ireland as of March 16. The agency says that older adults and people with chronic medical conditions should consider postponing nonessential travel to most global locations.

Additionally, foreign nationals from China, Iran, the United Kingdom, Ireland and most European countries are barred from entering the U.S. if they were in any of those countries in the last 14 days. American citizens returning to the U.S. who have been in either country in the last 14 days will be monitored for up to another 14 days, according to the CDC.

The World Health Organization (WHO) has said it generally advises against implementing travel or trade restrictions to countries with coronavirus outbreaks. Restricting travel and the transport of goods is “ineffective,” according to the agency.

“Restrictions may interrupt needed aid and technical support, may disrupt businesses, and may have negative social and economic effects on the affected countries,” reads a notice from WHO.

What about travel within the U.S.?

Federal restrictions have not been placed on domestic travel as yet. President Donald Trump said Monday that he’s “not really” thinking of restricting travel within the U.S., but added that his administration is “talking about it everyday.”

While the CDC does not usually issue restrictions for domestic travel, the agency has urged people to consider how COVID-19 could affect their plans. People with travel plans should check whether COVID-19 is spreading at their destination, whether they are traveling in close contact with others and if their travel companions are at a higher risk of illness, according to the CDC. Furthermore, people should reconsider travel if they live with someone who is at a higher risk of illness from contracting COVID-19.

In a significant step toward curbing the spread of coronavirus, officials in six counties in the San Francisco Bay Area ordered a shelter-in-place mandate on Monday requiring residents to stay inside and go outside just for necessities for three weeks beginning Tuesday. The mandate will affect nearly 7 million people, the Associated Press reports. The counties include San Francisco, Marin, Santa Clara, San Mateo, Alameda and the city of Berkeley.

United Airlines said it will cut domestic service and introduce a hiring freeze in a letter to employees on Wednesday, the New York Times reports. The carrier will curb international service by about 20% and domestic service by 10% starting in April. In a separate announcement, JetBlue also said it would begin to cut service, starting at about 5%.

Abramson says the overall “sensible” thing for people to do is to stay home if they can to avoid illness. But if you have to travel—for work or otherwise—you can take precautions outlined by all health agencies, such as washing your hands and keeping away from crowds as much as possible. And be sure to speak up for help.

“If you’re on a plane within two seats of someone who is coughing, you’re in close contact with that person. Ask to move your seat,” he says. Such moves might not work on sold-out flights, or on planes where no extra seats are available.

And because traveling often means navigating large crowds, it is essential that people pay attention to their bodies, according to Abramson.

“We don’t always take the best care of ourselves and it’s stressful to travel,” he says. “We run ourselves ragged. That’ll make you more susceptible. You want to be your healthiest while traveling.”

Should you buy travel insurance before taking any trips?

Because COVID-19 is now well-known around the world, insurance providers consider the disease a “foreseeable impact on travel,” and travel insurance policies will exclude it from coverage, a statement from Squaremouth says, noting that it has seen a 208% increase in people searching for cancellation coverage since the outbreak began.

“Travelers who wait until an event occurs will find very limited coverage for that event on a standard travel insurance policy,” the statement says.

Travelers looking to buy new insurance coverage that will allow them to cancel their trip amid the outbreak should buy the “Cancel For Any Reason” upgrade included in travel insurance policies, according to Squaremouth.

Most policies that include the “Cancel For Any Reason” upgrade have to be purchased within 14 to 21 days of the first payment toward a trip and cost about 40% more than typical cancellation policies. The upgrade will reimburse up to 75% of a trip’s cost.

Should you still go on that cruise?

The CDC has advised all Americans to avoid taking cruises in new guidance published March 8, out of an effort to curb exposure to the coronavirus already spreading in certain U.S. communities. Older adults and travelers with underlying health issues, such as heart disease, chronic lung disease, diabetes and other conditions that cause suppression of the immune system, should avoid getting on cruise ships, the CDC says.

“Recent reports of COVID-19 on cruise ships highlight the risk of infection to cruise ship passengers and crew,” the CDC says in the guidance. “Like many other viruses, COVID-19 appears to spread more easily between people in close quarters aboard ships.”

The cruise industry has seen a decline as travelers cancel trips and delay bookings. The Wall Street Journal reports that major cruise lines in the Mediterranean report being 60% full at the moment, a decline from 75% at the same time last year. Cruise operators in Asia expect to lose over $550 million this year, according to the Journal.

The virus has affected multiple cruise lines already, including the Grand Princess cruise ship, docked off the coast of California, on which at least 21 people have tested positive for the coronavirus. Another line, the Diamond Princess cruise ship, was quarantined in Japan and about one in six people tested positive for the virus on the ship in February. Six Diamond Princess passengers have died after contracting the virus.

The CDC says cruise ships, like other environments where people are in close contact, can “facilitate transmission of respiratory viruses from person to person through exposure to respiratory droplets or contact with contaminated surfaces.”

“They’re like a floating viral transport mechanism,” Abramson says. “You can’t get away.”

Abramson also warns potential cruise ship passengers that even if you don’t get sick, there is a chance that others might become ill and force everyone to self-quarantine.

Should you cancel business trips amid fears of coronavirus?

A number of companies are taking travel matters into their own hands by canceling events, suspending employee travel and requesting that employees work from home. In March, Adobe canceled its annual summit in Las Vegas and said it would host the event as an “online-only” experience. Facebook also canceled its F8 developers conference in San Jose, while Google called off its developers conference, I/O, which was set to take place in Mountain View, Calif.

While several companies have tried to curb how much their employees travel, those who have conferences or other essential trips planned should follow the CDC’s precautions: avoid contact with sick people, don’t touch your face with unwashed hands, and clean your hands frequently with soap and water or alcohol-based hand sanitizer. 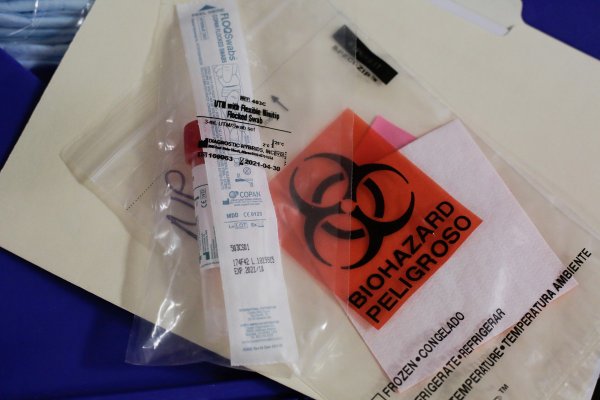