How the Supreme Court Favors the Rich and Powerful

A man walks up the steps of the U.S. Supreme Court on Jan. 31, 2017 in Washington, DC.
Mark Wilson—Getty Images
Ideas
By Adam Cohen
Cohen is the author of the new book Supreme Inequality: The Supreme Court's 50-Year Battle for a More Unjust America

In 1983, the Supreme Court overturned the conviction of Raymond Dirks, an investment advisor who passed insider information on to his clients, who used it to make money. It seemed clear that using insider information this way was illegal, but the Court found a dubious loophole. The fascinating thing about the case: the most conservative justices voted to acquit Dirks, while the most liberal ones insisted, in dissent, that he was guilty.

The Dirks case is an example of what has been called the “white collar paradox” – that conservative Supreme Court justices, who rarely vote to reverse convictions of poor criminal defendants, have shown a clear sympathy for rich ones. The conservative Justice Antonin Scalia, one study found, voted for defendants in about 7 percent of non-white-collar criminal cases – and 82 percent of white-collar ones.

The conservative Supreme Court’s soft spot for white-collar defendants is part of a larger phenomenon: its deep and abiding sympathy for the rich. In the 1960s, under the leadership of liberal Chief Justice Earl Warren, the Court famously became an advocate for the rights of the poor, in areas ranging from the rights of welfare recipients to the right to appointed counsel in criminal cases. For the past 50 years, however, the Court’s sympathies have been the reverse: on one legal doctrine after another, it has expanded the rights of wealthy individuals and corporations.

This Court that loves the upper classes has its roots in Richard Nixon’s election in 1968. Nixon vowed during his campaign to end the poor-people-loving Warren Court and replace it with a conservative one. He was able to do this with extraordinary speed: within months of taking office, he appointed a new, conservative chief justice, Warren Burger, and in his first three years in office he was able to name a total of four new justices. That locked in a conservative Court that is still with us today.

One of the first groups the new conservative Court came to the rescue of was rich children, or at least children in wealthy school districts. There was a growing consensus among lower federal courts, state courts, and law professors that the Equal Protection Clause required states to equalize spending between rich and poor school districts. In 1973, however, the Court, by a 5-4 vote, declared that Texas, and other states, had the right to spend more money on children in rich districts than children in poor ones.

As a result of that decision, today there are gaping disparities in school spending nationwide. An analysis of funding in Pennsylvania a few years ago found that one wealthy district spent more than three times as much as the state’s lowest-spending district. In the aggregate, these disparities mean that children from wealthy families across the country begin life with greater educational opportunities, and a better chance at success later on.

Another group the conservative Court quickly came to the rescue of was wealthy campaign contributors. After Watergate, Congress passed a tough campaign finance law, with strict limits on both contributions and expenditures. In 1976, the Court struck down the expenditure limits, on the dubious theory that money equals speech under the first amendment. That let wealthy people spend as much as they wanted to elect candidates, and the Court has been opening the floodgates further ever since. In 2010, in Citizens United v. F.E.C., it took the radical step of saying that corporations have the same right to spend money to elect candidates as people do.

By striking down campaign finance limits, the Court has given wealthy people and corporations more power than ever over government. In the last decade, wealthy donors have spent more than $3 billion on super-PACs, and a single couple, Sheldon and Miriam Adelson, gave nearly $300 million, according to “Oligarch Overload,” a new Public Citizen report. These super-donors use their contributions to extract government policies that enrich them further, including lower taxes on the wealthy. It is no coincidence that, as campaign contributions and spending have soared, the 400 richest U.S. families paid lower taxes in 2018 than the middle class. The freedom to spend unlimited amounts of money also gives the very wealthy the ability to promote their favorite social policies on a mass scale — including liberal ones, such as Michael Bloomberg’s aggressive support of pro-gun control congressional candidates.

The Court has bestowed many more gifts on wealthy individuals and corporations. For years, businesses tried to get Congress and state legislatures to enact sharp limits on class-action lawsuits. It has had little success getting elected officials to enact these limits, but the Court has come through. In a series of rulings, including a high-profile one against Wal-Mart in 2011, it has made it far harder for workers and consumers to band together in class action lawsuits, which are often the only way for working-class people to get justice. In the Wal-Mart case, the Court threw out a class action by about 1.5 million female workers, insisting they did not have enough in common to sue together. The Court has also decided that the Due Process Clause bars what it views as excessively large punitive damage awards. It then used that made-up doctrine to drastically reduce jury awards against Exxon Shipping for the Exxon Valdez oil spill, and State Farm over its mistreatment of a physically disabled customer.

The Supreme Court’s dedication to the wealthy is sharply at odds with its popular image. In civics class, the Court is generally presented as the defender of minorities and of the poor. Hollywood has made movies with Sidney Poitier as Thurgood Marshall, the civil rights lawyer who became the first black justice, and Henry Fonda as Clarence Gideon, the prisoner who won poor defendants the right to a court-appointed lawyer. The Court itself has declared that courts are “havens of refuge for those who might otherwise suffer because they are helpless” and “weak.”

The Court has certainly had moments of championing society’s most vulnerable – such as a surprising 2011 decision ordering California to reduce prison overcrowding, but not many, and particularly not in the past half-century. Far more often, it has stood on the side of wealthy campaign contributors, rich corporations, and children born into privilege. In the overwhelming majority of its cases, the Court has been a haven of refuge not for the helpless and weak, but for members of society who are doing exceptionally well on their own. 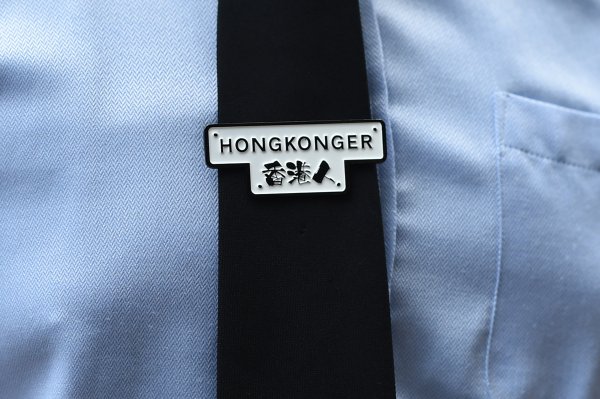 Nativism Could Bring Hong Kong and China Closer Together
Next Up: Editor's Pick