The CDC confirmed that a person being treated for COVID-19 was released from a federally mandated quarantine as a result of a positive COVID-19 test, according to a Sunday press release from the City of San Antonio. The CDC had said it is retesting an individual who was released from isolation at a local healthcare facility on Friday “because the individual met the criteria for release, including two negative test results” but was isolated again “after a pending, subsequent lab test came up positive for the virus that causes COVID-19”, according to the city’s statement.

Local officials said at a press conference on Monday that the person is now isolated again after being “out in the community for slightly over 12 hours” and urged state and federal officials not to release the remaining evacuees quarantined at Joint Base San Antonio-Lackland until they were tested a third time for the new coronavirus. On Monday afternoon, Nirenberg declared a public health emergency “explicitly designed to ensure” that the more than 120 evacuees from the Diamond Princess cruise ship remain at the military base until further testing is completed. They were originally set to be released from quarantine on Monday.

“As mayor of this city I find it totally unacceptable that the CDC would release a patient prior to receiving all test results and potentially exposing the public to this harm,” Nirenberg said during Monday’s press conference. “Local health professionals, in whom I have the utmost confidence, are working very hard to prevent the spread of this virus here in San Antonio and we simply, we cannot have a screw up like this from our federal partners.”

The CDC emphasized that the patient had no symptoms at the time of their release, and met all of the agency’s criteria for release: the lack of any symptoms and two consecutive sets of negative test results, collected more than 24 hours apart. Dawn Emerick, director of San Antonio’s Metropolitan Health District, said at the press conference that local officials are in “constant contact” with the state and CDC about identifying what protocols can be updated, specifically about expanding current protocol to require two consecutive negative tests to three.

The CDC said the patient was isolated again at a local medical facility “out of an abundance of caution” and that the agency, in partnership with local public health partners, was following up to contact people who may have been exposed to the infected person. It noted that “others have encountered similar situations where test results have alternated back and forth between negative and positive” and that the cycle of infection “on this particular patient is longer than what has been previously seen.”

According to a timeline shared by the city, the patient was dropped off at the Holiday Inn Express Airport around 3 p.m. on Feb. 29. Just after 5 p.m. the patient took a hotel shuttle to visit North Star Mall, where they visited a few stores and went to the food court, ordered food from a Chinese restaurant and ate alone in the food court. They returned to the hotel on the hotel shuttle at 7:30 p.m and on Sunday at 2:00 a.m. they were transported back to the Texas Center for Infectious Disease in a specialized ambulance.

The document said that, to date, 10 people evacuated to Lackland “have tested positive for the virus and it is anticipated that the number of persons diagnosed with the virus is likely to increase.” There were two main groups of evacuees at the base: the first group includes 91 Americans evacuated from Wuhan who were released from quarantine on Feb. 20 and the second group includes 144 passengers evacuated from a cruise ship docked in Japan, according to the document.

Nirenberg had tweeted on Sunday that the CDC’s actions were “unacceptable.”

Texans in Congress were quick to speak out, as well.

U.S. House Rep. Joaquin Castro tweeted Monday that he would ask Congress to “investigate CDC’s protocols for the treatment of coronavirus patients.”

U.S. Sen. José Menéndez tweeted that he is calling on leadership in Texas to make the CDC bring COVID-19 test kits to Bexar County, “where they have caused unnecessary exposure.” 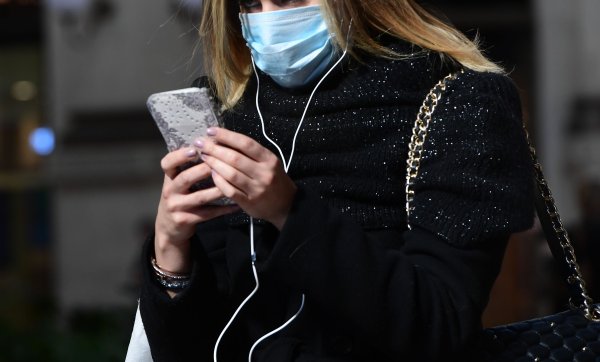 Private Planes, Secluded Homes, and Vaccine Pleas: Here's How Wealthy Americans Are Preparing for COVID-19
Next Up: Editor's Pick