When Chinese authorities announced a lockdown on the central Chinese city of Wuhan in late January in an attempt to halt the spread of a deadly virus, millions of people fled the city, eager to escape before the enforced quarantine began.

But Chen Qiushi, a self-described citizen journalist, boarded a train to Wuhan on Jan. 24 to document the unfolding epidemic.

In around two weeks, the 34-year-old vlogger posted more than 100 videos from Wuhan—where the virus now known as COVID-19, which has now infected more than 83,000 people in more than 50 countries, is believed to have originated. His posts, which garnered hundreds of thousands of views on Twitter and YouTube, showed sick people languishing in crowded hospital lobbies, detailed shortages in medical supplies and described exhausted hospital staff.

“Why am I here? I have stated that it’s my duty to be a citizen-journalist,” he said in one video, filming himself with a selfie stick outside a train station. “What sort of a journalist are you if you don’t dare rush to the front line in a disaster?”

His posts also drew the attention of the authorities. In an anguished video post near the end of his first week in Wuhan, he said police had called him, wanting to know his whereabouts.

“I am scared,” he said. “I have the virus in front of me, and on my back, I have the legal and administrative power of China.” But he vowed to continue “as long as I am alive in this city.”

On Feb. 6, Chen told his family that he planned to report on a temporary hospital. He hasn’t been seen since.

This month, Chen is on One Free Press Coalition’s list which highlights the 10 “most urgent” cases of threats to press freedom across the world.

Read about all 10 journalists under attack on the March list here:

Freelance video journalist Chen Qiushi has not been seen since February 6, when he told family he planned to report on a temporary hospital. On January 24, he traveled to the city of Wuhan in Hubei province from Beijing and began filming and reporting on the coronavirus health crisis, according to his posts on YouTube, noting local hospitals were short of resources and struggling to handle the number of patients who needed treatment. Later, China expelled three accredited Wall Street Journal journalists over an opinion headline relating to the crisis.

Daler Sharifov is ordered two months of pretrial detention since Tajik police raided the independent reporter’s home on January 28, confiscating a computer and books, and days later issuing a statement announcing charges of inciting ethnic, racial and religious hatred. The statement refers to “more than 200 articles and commentaries containing extremist content” he published between 2013 and 2019. CPJ calls this “a clear attempt to silence ahead of elections one of the few media critics that remain.” A guilty verdict could mean up to five years in prison.

A reporter for Brazil’s largest daily newspaper, Folha de S.Paulo, Patrícia Campos Mello experiences ongoing harassment online in retaliation for her reporting. During a congressional hearing in Brasília last month, an individual falsely accused Campos Mello of engaging in sexual activity in exchange for a “scoop.” Hundreds of Facebook and Twitter users, including the son of President Jair Bolsonaro, shared the allegations, many using sexual language. The allegations were later referenced by the president himself, whose 2018 presidential campaign backers distributed misinformation through WhatsApp to millions of Brazilians, Campos Mello reported.

Intelligence agents of the Islamic Republic Revolutionary Guards Corps arrested Iranian journalist Roohollah Zam in October. Founder of anti-government Amad News, Zam had been living in France and, following his arrest in Baghdad, was extradited to Iran. He is accused of working with French, Israeli and U.S. intelligence agencies, amounting to 17 charges, including espionage and spreading false news, although the government has made his platforms almost completely inaccessible for more than two years. In February, at least three trial sessions were held in his case.

5. Agnès Ndirubusa and the team at Iwacu (Burundi): Court delivers prison sentence and fines for Burundi’s only imprisoned journalists.

Following their October arrest, a Burundi court convicted four journalists on January 30 of attempting to undermine state security, fined them each $530, and sentenced them to two years and six months in prison. The four, who had been covering clashes in the country’s Bubanza Province and submitted their appeal on February 21, include Agnès Ndirubusa, head of the political desk at Iwacu, one of Burundi’s last independent outlets, and three colleagues: broadcast reporter Christine Kamikazi, English-language reporter Egide Harerimana and photojournalist Térence Mpozenzi.

After nearly ten years in prison and his life sentence twice upheld, award-winning journalist Azimjon Askarov, 68, pursued a final appeal at the Supreme Court. The February 26 hearing was quickly adjourned until April 7. The ethnic Uzbek’s reporting on corruption, abuse and human rights elicited trumped-up charges that included incitement to ethnic hatred and complicity in the murder of a police officer. Kyrgyzstan’s one imprisoned journalist experiences deteriorating health amid harsh conditions and limited access to medication.

February 14 marked 500 days since Jamal Khashoggi’s murder inside Istanbul’s Saudi consulate. The Washington Post’s columnist’s fiancé, Hadice, observed the date with an op-ed calling for justice. The Trump administration has so far ignored a law passed by Congress, and signed by the president, that mandated the release of an intelligence report about Khashoggi’s murder by January 19. That’s in addition to ignoring a deadline to reply to Congress regarding the killing, as required under the U.S. Global Magnitsky Act.

Phan Doan Trang has been in hiding since August 2018, after Ho Chi Minh City police brutally beat her and confiscated her national ID card, on top of silencing measures including interrogation, monitoring and shutting off her internet and electricity. A colleague reports that Trang, cofounder of The Vietnamese and Luat Khoa news publications, has not fully recuperated from the assault and her health has deteriorated. While moving between safe houses, she has continued critical reporting on the environment, freedom of religion and online civil society.

Mahmoud Hussein, a journalist working with Al Jazeera, has spent more than 1,000 days in pretrial detention in Cairo. Last May, an Egyptian court ordered his release, but authorities opened a new investigation with unspecified charges and returned him to prison. Hussein’s initial arrest dates to December 2016, and his detention has been repeatedly renewed every 45 days, with anti-state and false news charges stemming from a 2016 documentary about conscription in Egypt which the government claims uses fake footage and aims to incite chaos.

Kashmir Narrator reporter Aasif Sultan has spent more than a year and half behind bars, since his 2018 arrest and charges months later of “complicity” in “harboring known terrorists.” He has been repeatedly interrogated and asked to reveal his sources for a cover story on a slain Kashmiri militant, whose killing by Indian security forces set off a wave of anti-government demonstrations in Kashmir in July 2016. A number of hearings have been postponed—and other journalists harassed and detained the past year. 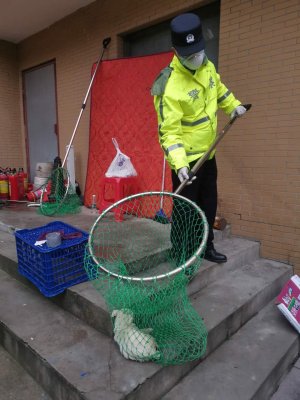