Cruise Ship Docks in Mexico, Passengers Allowed to Disembark After Being Denied Entry in Jamaica, Cayman Islands Amid Coronavirus Fears

By Mahita Gajanan and Sanya Mansoor

A cruise ship from the Miami-based cruise line MSC Cruises has docked at Cozumel, Mexico after being denied entry to Cayman Islands and Jamaica amid fears of COVID-19.

MSC Cruises said in a statement emailed to TIME Thursday morning that MSC Meraviglia is “currently waiting for local health officials to board the ship to conduct customary checks provided for by maritime protocols.” A passenger on board the ship, who asked not to be identified, confirmed to TIME that the vessel had docked in Cozumel and that those onboard are “waiting for authorities to clear the ship.”

MSC Cruises said in a previous statement on Wednesday afternoon that the Meraviglia had received “formal and final authorization” from local health authorities to dock in Cozumel, and that its arrival was anticipated later in the evening. The cruise line later said the ship had arrived off the West Coast of the island around 9:30 p.m. on Wednesday night but ,“due to unfavorable weather” including “stormy conditions,” the vessel had waited until Thursday morning for winds to decrease so they could safely enter port.

During this time, conflicting reports emerged as to the ship’s status: both Reuters and the Mexican newspaper Milenio reported that port authority officials revoked permission for the vessel to dock. This back-and-forth was resolved by Thursday morning; the cruise line had also said they were in touch with local health authorities “to ensure that their decision will be based on a factual review of the ship’s medical records,” according to a statement. No coronavirus cases have been confirmed in Mexico.

The MSC Meraviglia was earlier this week blocked from entering the port in Ochos Rios, Jamaica on Tuesday, health officials said. The ship, carrying more than 4,500 passengers and over 1,600 crew members on a 14-day cruise of the Caribbean, was denied entry after health officials found that one crew member, reporting flu-like symptoms, had been placed in isolation.

“The crew member had a cough, fever and associated muscle pains with a travel history to a country of interest relating to the COVID-19,” read a statement from Jamaica’s Ministry of Health and Wellness.

After being blocked from docking in Jamaica, the ship was also denied a scheduled entry on Wednesday in Grand Cayman out of “an abundance of caution,” from the Cayman Islands’ health officials.

“In order to provide protection to the health and safety of the residents of the Cayman Islands, the Government denied permission for the cruise ship to call on Grand Cayman as previously scheduled,” health minister Dwayne Seymour said in a statement.

MSC Cruises criticized the decisions by both countries in a statement to TIME, saying authorities in Jamaica and Grand Cayman did not properly review medical records provided by the cruise line. “In both instances, the ship was effectively turned away simply based on fears,” the statement read.

According to MSC Cruises, the ship’s medical records showed one case of influenza, which affected a crew member who had traveled to Miami from Manila, Philippines via Istanbul. The crew member tested positive for Type A influenza after visiting the ship’s medical center while already aboard. MSC Cruises said it is standard practice to report any illnesses on board to relevant local health authorities. According to the cruise line, the crew member embarked on the cruise after passing a mandatory health screening given to all passengers on the ship.

“He has no other symptoms,” MSC Cruises said.

The passenger aboard MSC Meraviglia, who asked not to be identified, told TIME on Wednesday that some people on the ship seem worried, but aren’t yet panicked. Passengers were trying to get more information about future stops and are continuing to gather in the ship’s common areas.

“Life is normal at the pool side,” the passenger said. “We have not been asked to stay in the rooms.”

In a note to passengers shared with TIME, the ship’s captain apologized for the voyage’s itinerary changes and any related “inconvenience,.” The note added that MSC would be providing refunds for missed excursions in Ocho Rios and Grand Cayman, along with a $200 on board credit per stateroom.

MSC Meraviglia is the latest cruise ship to get caught up in fears over the spread of the coronavirus, which has quickly surged in case numbers outside of mainland China, where the viral infection originated. Following rumors that a passenger on Holland America Line’s Westerdam cruise ship had coronavirus, the ship was denied entry at five different ports earlier in February, before passengers were allowed to disembark in Cambodia. 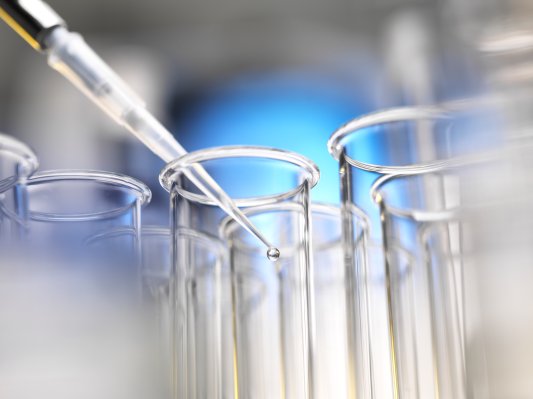 A First-of-its-Kind Library of Potential Coronavirus Drugs
Next Up: Editor's Pick