South Korea’s government put the country’s response to COVID-19 on its highest alert Sunday and health officials say the number of confirmed cases of the disease has risen to over 600.

The Korea Centers for Disease Control and Prevention (KCDC) said authorities raised the “COVID-19 alert level to the highest of ‘Red’ to strengthen the overall response system.” Doing so allows the government to order the temporary closure of schools and reduce travel operations, including public transport and flights to and from South Korea, according to the Associated Press.

There are now more than 78,000 COVID-19 cases worldwide with more than 76,000 reported in China, according to a virus tracker maintained by researchers at Johns Hopkins University. Outside China, South Korea has one of the highest number of confirmed COVID-19 cases. At least 691 people who were on a cruise ship in Japan that was later quarantined have tested positive for the virus, according to the Japan Times as of Sunday.

South Korea reported 602 confirmed cases as of Sunday afternoon, including five people who died, 18 who have been discharged and 579 who are being kept in isolation, according to the KCDC. There are now six deaths nationwide linked to the virus, according to the AP.

Many cases are linked to a South Korean religious group that has been described by the country’s government as a “cult.” At least 300 of South Korea’s total confirmed cases, as of Feb. 23, are linked to the Shincheonji sect, which is also known as “Church of Jesus, the Temple of the Tabernacle of the Testimony.” The government has already sent a rapid response team to the city of Daegu to investigate the cluster.

The KCDC has urged anyone who has attended the sect’s services, in addition to the family of anyone belonging to the sect and those who have been in close contact with members of the sect in February to get a consultation with a local health center or reach out to the agency if they have a fever or respiratory symptoms.

Most of South Korea’s cases have been reported in Daegu and its surrounding areas, according to the AP. Daegu Mayor Kwon Yong-jin said Sunday that there were concerns that the city could see another massive increase in cases as authorities investigated church members.

The KCDC has also recommended minimizing social gatherings and outdoor activities “as people with chronic disease and over 65 years old are vulnerable to infection.”

A Korean Air flight that landed in Israel Saturday evening, which carried 188 passengers but only 11 Israelis, was allowed into in the country. The plane returned to South Korea on Sunday with the remaining passengers on board, the AP reported. Seoul’s foreign ministry said it was closely monitoring the incident and that it would evacuate South Korean tourists from Israel if necessary, according to the AP. 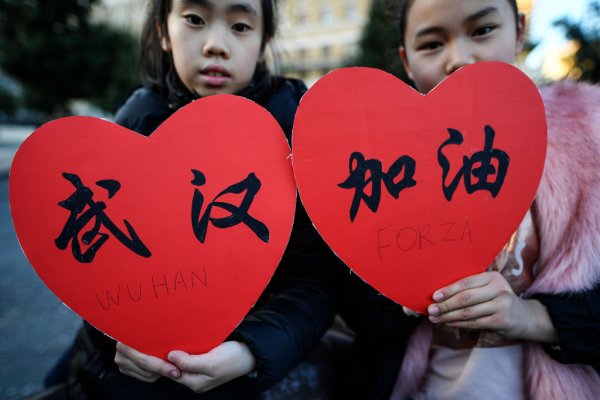