Trump's Latest Intelligence Meltdown Isn't About the Facts. It's About the Truth

Earlier this month, FBI Director Christopher Wray said in public testimony that Russia was meddling in the 2020 election. So how to explain President Donald Trump’s decision to fire Acting Director of National Intelligence Adm. Joseph Maguire after Maguire defended a subordinate who had briefed Congress on much the same thing?

In doing so, Pierson delivered on the core competence of intelligence agencies: explaining not just what foreign adversaries and allies are doing, but why they’re doing it. “The mission of the Intelligence Community is to seek to reduce the uncertainty surrounding foreign activities, capabilities, or leaders’ intentions,” as the famous Jan. 2017 U.S. Intelligence Community Assessment of Russia’s 2016 meddling declared at its start.

In other words, Trump is objecting not to the facts his top intelligence experts are presenting, but to the truth they reveal.

Trump, both officials said, was angered that Maguire had allowed Pierson to brief members of the House Intelligence Committee on what officials at the three agencies assess is an ongoing Russian effort to meddle in the 2020 presidential election in an effort to help Trump.

The Russians are also meddling in Congressional races, aiding some Republican candidates and targeting some Democratic ones, the officials say. “The Russians understand our system, and they know that the President needs the Senate to remain in friendly hands in order to carry out his agenda,” one of the officials said.

The DNI’s office did not respond to requests for comment on Maguire’s departure and congressional briefings on election security. The details of Pierson’s testimony were first reported by the New York Times.

Trump’s reaction to hard truths is not exactly new. Over three years, he has repeatedly rejected intelligence findings about Russian political hacking, instead accepting Russian President Vladimir Putin’s claim the Russia has not interfered in U.S. elections and blaming Ukraine for the hacking.

And Russian election meddling is not the only area where Trump doesn’t want to hear the conclusions of his top spies. For weeks now, officials in the country’s intelligence agencies, and in oversight committees on Capitol Hill, have been trying to determine fate of the intelligence community’s annual Worldwide Threat Assessment.

That document, which is the consensus product of all 17 U.S. intelligence agencies, was initially due to be presented on Capitol Hill earlier this month. According to three congressional staff members, no public briefing on the assessment has been scheduled, in part, they say, because as it has in past years, it contains the conclusion that Russia, not Ukraine, meddled in the 2016 U.S. elections in an effort to help Trump, and is doing so again this year.

But as past ones have, this year’s assessment also contains other conclusions that are at odds with the president. Officials familiar with the document say it contradicts Trump’s stated positions on: the likelihood of North Korea abandoning its nuclear weapons program; the prospects that a “maximum pressure” campaign will force Iran to abandon its nuclear efforts; whether ISIS remains a threat; and climate change as a threat to national security. The effort to block the release of the threat assessment cuts against more than a decade of increased transparency during which the report has been made public in redacted form.

Among the tools Russian hackers working for the GRU, Russia’s military intelligence agency, are deploying are bots, Twitter posts, and websites that purport to be American but are spreading false allegations about Democratic candidates, the intelligence and oversight officials say.

The Russians’ hacks and attacks, another U.S. intelligence official said, change in ways that suggest that the GRU and FSB, Russia’s foreign intelligence agency, are following the Democratic primary race “very closely”. “Their targets keep shifting,” the official said.

After firing Maguire, Trump temporarily named a loyalist, U.S. Amb. to Germany Richard Grenell, as acting DNI while he attempts to find a replacement for the job. 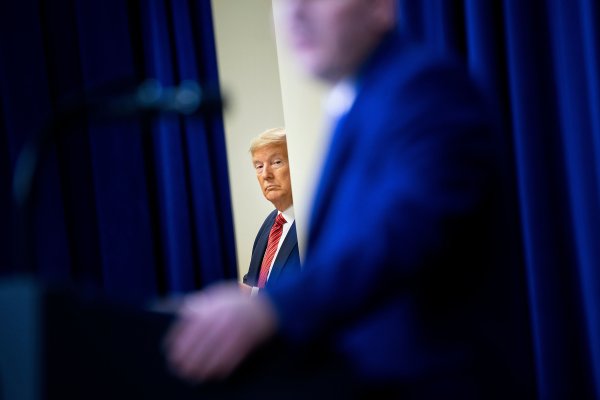 For Trump, It's Open Season for Getting Even
Next Up: Editor's Pick