She Coined the Term ‘Intersectionality’ Over 30 Years Ago. Here’s What It Means to Her Today

Kimberlé Crenshaw, the law professor at Columbia and UCLA who coined the term intersectionality to describe the way people’s social identities can overlap, tells TIME about the politicization of her idea, its lasting relevance and why all inequality is not created equal.

You introduced intersectionality more than 30 years ago. How do you explain what it means today?

These days, I start with what it’s not, because there has been distortion. It’s not identity politics on steroids. It is not a mechanism to turn white men into the new pariahs. It’s basically a lens, a prism, for seeing the way in which various forms of inequality often operate together and exacerbate each other. We tend to talk about race inequality as separate from inequality based on gender, class, sexuality or immigrant status. What’s often missing is how some people are subject to all of these, and the experience is not just the sum of its parts.

How do women experience inequality differently than men? Where do we see that in our daily lives?

When we talk about inequality, we are often talking about material differences in conditions of life. Take income inequality. Numerous statistics show that women still get paid less for the same work. That multiplies over a lifetime and means that the problem gets worse the older women get. There’s also a term called the feminization of poverty, which speaks to all the ways that life circumstances—like child rearing, divorce, illness—impact women more profoundly. Across the social plane, from issue to issue, from institution to institution, you see women doing on average more poorly than men.

How does race affect that picture?

When you add on top of that other inequality-producing structures like race, you have a compounding. So for example, data show that white women’s median wealth is somewhere in the $40,000 range. Black women’s is $100.

Where do you see politics coming into play?

The issues that concern women are often afterthoughts. Even the Democrats’ approach to racial inequality is focused primarily on men and boys. Anything that’s meant to address gender inequality has to include a racial lens, and anything that’s meant to address racial inequality has to include a gender lens. Unfortunately that hasn’t been the center of political and policy debate.

The image of the citizen is still a male citizen. When you get to a few gender topics—like reproductive rights—then we talk about women. But politics and policy are pretty much like medicine used to be and still is: the male body is the body.

What do you make of criticisms from conservatives that concepts like intersectionality are a means of fetishizing victimization, that the left interprets disadvantages as a kind of moral superiority?

Intersectionality is simply about how certain aspects of who you are will increase your access to the good things or your exposure to the bad things in life. Like many other social-justice ideas, it stands because it resonates with people’s lives, but because it resonates with people’s lives, it’s under attack. There’s nothing new about defenders of the status quo criticizing those who are demanding that injustices be addressed. It’s all a crisis over a sense that things might actually have to change for equality to be real.

What advice would you give the average person about what they can do today to help achieve more equality in America?

Self-interrogation is a good place to start. If you see inequality as a “them” problem or “unfortunate other” problem, that is a problem. Being able to attend to not just unfair exclusion but also, frankly, unearned inclusion is part of the equality gambit. We’ve got to be open to looking at all of the ways our systems reproduce these inequalities, and that includes the privileges as well as the harms. 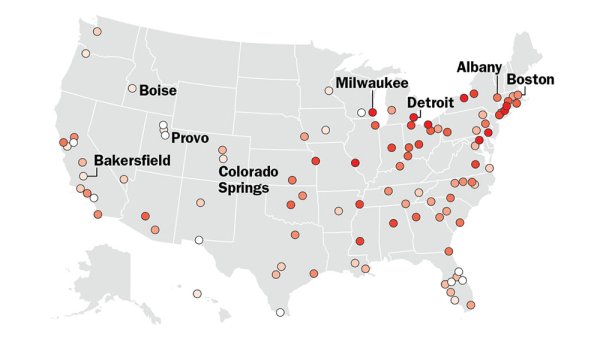 We Tried to Find the Most Equal Place in America
Next Up: Editor's Pick