Here Are the Absolute Best (and Worst) Jobs of the Future

It hits everyone eventually. Whether it’s two years into a sketch comedy program or after a half-decade bet on a failed food truck business. At some point, it’s time to get serious about a lifelong career.

We looked at data from the US Bureau of Labor Statistics to pick the industries most likely to grow (and die) over the next ten years. Here’s what we found:

If you just look at raw percentages—that is, the percent the government expects industries to grow from 2012 to 2022—you’ve got a future in any of the above fields.

Topping the list is industrial-organizational (I-O) psychologists, the most business-minded of the various psychology career tracks. While the broader psychology field will likely grow marginally, Uncle Sam forecasts careers for I-O psychology professionals to grow by over 50% over the next decade. The key here is that I-O psychology focuses on the workplace—optimizing teamwork, satisfaction, and employee well-being.

Personal care and home health aides should also see near 50% growth, while insulation workers and translators can expect to see gains in the mid-40s.

Still, none of the above jobs are particularly high-paying. If you want some serious cash (and you’re still young enough for a decade of medical school), set your professional sights on these top-dollar careers:

Top Growth Industries with Lots of Jobs and Decent Pay

Let’s go a level deeper. While it’s nice to know which industries are growing and which others pay a handsome salary, you’d ideally want a combination of promising factors: growth, good pay, and millions of openings.

Data-driven marketers—like market research analysts and marketing specialists—make a respectable $60,300 per year, and the industry will likely grow over 30 percent by 2022. Better yet, that’s 30 percent growth in a gigantic industry, an increase of 1.3 million new positions over the next decade.

Unsurprisingly, technical jobs like computer systems analysts and application software developers will see significant gains over the next decade as well (with median salaries in the $80,000 to $90,000 range). Nursing also promises to grow nearly 20 percent, which translates to over 5.2 million new RNs.

The biggest surprise, however, is construction supervisors, a $59,700 per year career forecasted to grow by nearly 1.3 million jobs by 2022. Even with recent struggles, construction is still a critical profession with good growth prospects.

Other notable careers in this category include accountants and auditors ($63,550) and elementary school teachers ($53,400), each predicted to add roughly 1.7 million new jobs.

It’s not all good news. The following industries not only provide low pay, but will be declining significantly over the next 10 years.

Other notable gloomy careers include door-to-door sales workers and just about any career with “U.S. Postal Service” in its title. Despite $50,000+ median salaries, U.S. Postal Service clerks, carriers, and sorters will likely all see losses in the hundreds of thousands over the next decade. 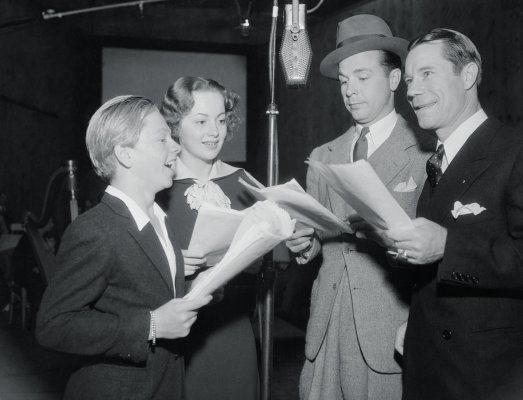 Mickey Rooney: The Eternal Boy Wonder
Next Up: Editor's Pick