It’s only two months into 2020, but it appears that the Internet has already found its hero of the moment: a gigantic penguin with an attitude named Pengsoo.

The 7-foot mascot was originally created by South Korea’s Education Broadcasting System (or EBS) as a children’s character, but found a large and enthusiastic fanbase among millennials, who appeared to strongly identify with Pengsoo’s seemingly apathetic approach to life and blunt to the point of being rude responses.

Pengsoo’s appeal can be attributed to many factors; the character, who was named South Korea’s “Person of the Year,” beating out the likes of BTS, is intentionally genderless and was conceptualized as being the mascot that people of all ages could like. According to an interview with BBC News Korean, EBS producer Lee Seulyena said that the company was interested in moving away from conventional “cute and cuddly” characters for kids — which was pretty aptly illustrated by the fact that Pengsoo has the voice of a middle-aged man despite being a 10-year-old.

“I wanted to [make the character] three-dimensional,” she said. “Cute and cuddly characters are just what adults [expect of a kid’s character]. In fact, children also have a desire to express themselves honestly.”

It’s Pengsoo’s unpretentious and irreverent attitude, however, that might be the most compelling feature about the giant penguin. On its EBS video channel, where it’s garnered over 1.2 million subscribers, viewers can watch Pengsoo address the chief of EBS, Kim Myung-joong, without honorifics, and in some cases, even blames Kim for when something goes wrong.

Pengsoo’s disregard for class and rank can be refreshing in a status-obsessed society, as is its bracing honesty. When told to be happier, the large penguin has responded: “Don’t tell me to cheer up when I can’t.”

Keeping it real and sticking it to the system? It’s no wonder that Pengsoo has become the toast of the Internet. 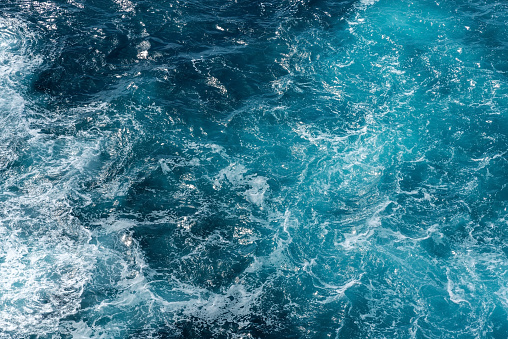 Marine Biology Student Goes Viral With Ocean Factoids That Will Stoke Your Fears of the Sea
Next Up: Editor's Pick