For Boy Scout Abuse Victims, 'It's Not About the Money'

James Kretschmer has been living for 44 years with the memory of his Boy Scoutmaster crawling into his army green sleeping bag and sexually abusing him. He has struggled with alcohol abuse and has spent years in counseling and, at times, on anti-depressants. “44 years of my life where I could have gone down a different path. 44 years of suffering,” Kretschmer says.

Now, he and thousands of other men who say they suffered similar abuse as Boy Scouts may get some sort of restitution, though not necessarily in the form of a large payout. With the Scouts’ bankruptcy filing Tuesday, they will watch as the once-hallowed organization finally collapses under the weight of accusers’ claims.

The bankruptcy was a long time coming, following the revelation in January 2019 that at least 12,254 boys had reported sexual abuse at the hands of at least 7,800 suspected assailants in the Boy Scouts between 1944 and 2016. Since then, the Boy Scouts have faced so many lawsuits that their insurance companies have refused to pay out damages, arguing that the organization is liable for abuse that it could have taken steps to prevent.

The bankruptcy filing will prevent survivors from bringing new suits against the organization. A judge will set a deadline, likely one to two years from now, for individuals to file claims for the organization’s assets in bankruptcy court. Once that deadline passes, accusers who have not filed a claim will no longer be able to seek financial restitution from the Boy Scouts of America.

That’s mixed news for accusers who banded together under the abusedinboyscouting.com banner last year. TIME reported in June that some 400 individuals, including Kretschmer, planned to bring a suit against the Boy Scouts accusing the organization of letting sex abuse go unpunished and covering up the problem. Since then, the accusers’ ranks have swelled to more than 1,900. Though the Boy Scouts’ assets exceed $1 billion, so many more claims are likely to be brought against them that any payouts will be minimal.

“After this is over, [the Boy Scouts of America] can close the books on this chapter and move forward, and the thousands of sex abuse survivors out there can no longer be a thorn in their side,” says Andrew Van Arsdale, an attorney representing abuse victims. “It’s not about helping abuse survivors.”

Still, even though they will never get their day in court, many survivors see the bankruptcy filing as a victory. “I’ve talked to 15 of our clients already today. They feel good. They feel empowered,” says Van Arsdale. “This is essentially the Boy Scouts pleading guilty in the court of public perception.”

Survivors also say that whatever the financial rewards, the publicity surrounding the bankruptcy could finally force the organization to reform. “It’s not about the money,” Kretschmer tells TIME. “We need to get a clearer picture of how many people were sexually abused in scouting. Hopefully there is enough money to get everyone counseling, but I do not agree with the notion that we should keep it small, so each individual gets more. It’s crucial that the world sees how widespread this was.”

Kretschmer says that by exposing the extent of the sex abuse, parents will be warned away from signing their kids up for the organization even if the Boy Scouts of America re-establish themselves under a new name after the bankruptcy proceedings.

The scale of the Boy Scouts’ sexual abuse problem rivals that of the Catholic Church. In 2010, a judge ordered Scouts to publish a list that the organization maintained, internally known as the “P Files” or “Perversion Files,” of the names of men accused of pedophilia in the Boy Scouts. Those papers, published in the Los Angeles Times, revealed that thousands of boys had reported being abused. But the files, experts argue, are incomplete. Since the list’s publication, hundreds of ex-Scouts have come forward with claims of abuse at the hands of individuals not listed in the “Perversion Files.”

One of those ex-Scouts is Gil Gayle, a 58-year-old living in Los Angeles, who says he was sexually assaulted by two different Scout Masters in two different cities. One of the men is now a convicted sex offender. The other has died. Neither appeared in the Perversion Files. Gayle expects little voluntary change from an organization that he says hid abusers for decades, unless the scandal impacts their bottom line.

“Their mission statement was to raise boys into fine young men, and they knowingly put boys in harm’s way for decades. I don’t trust an organization like that to curb bad behavior on their own,” he says. “They didn’t do this because they suddenly had a crisis of conscience about something they had been covering up for 50 years. It’s because there’s a financial hammer coming down on them. I hope that hammer comes down hard.”

Abuse in scouting has persisted even in the few years since the decades-long coverup came to light: TIME interviewed a 17-year-old who said he was abused at the age of 10 and a mother who claims her son was abused in 2018.

The Boy Scouts have issued several statements acknowledging the pedophilia problem. “The BSA cares deeply about all victims of abuse and sincerely apologizes to anyone who was harmed during their time in Scouting,” Roger Mosby, the president and CEO of the Boy Scouts of America, said in a statement released after the bankruptcy filing. “While we know nothing can undo the tragic abuse that victims suffered, we believe the Chapter 11 process — with the proposed Trust structure — will provide equitable compensation to all victims while maintaining the BSA’s important mission.”

But survivors are not convinced. Kretschmer calls the apologies “bull crap” and “too little too late.” Gayle adds, “A $5 check and half-assed apology is not going to do it.”

Van Arsdale is encouraging other abuse victims to come forward, before the bankruptcy judge declares the deadline for filing claims has passed.

But Gayle is not convinced that Americans will ever truly understand the true scale of the problem, and he is concerned that the accelerated timeline may rush survivors who don’t feel ready to share their stories.

“Candidly, there are way more of us out there that probably won’t come forward because that wave of dread and anxiety is just too overwhelming for a lot of people,” he says. “I was 30 years old before I told anyone that happened to me — and I’m super open-minded and didn’t feel like I was going to be shamed. It’s just the pain you get when you open the door, because the second you do it, it kind of floods back in.”

Still, he’s hopeful that the bankruptcy will help survivors feel less alone, even if they choose not to file claims. “The men who don’t come forward, I know where you are and my heart is with you every day,” he says. “I hope you can find peace and happiness in your life.” 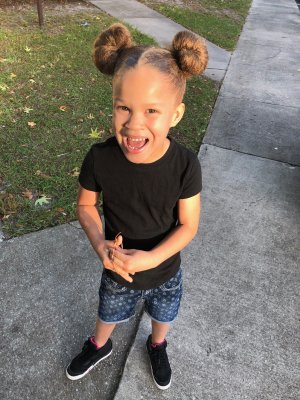 6-Year-Old Escorted By Officers to Mental Health Facility
Next Up: Editor's Pick