The Historical Origins of Today's Campaign Proposals for 'Free College'

“Free college” is a visible and volatile issue in the Democrat candidates’ presidential campaign platforms. Bernie Sanders has showcased this proposal since 2016. Others, notably Elizabeth Warren, have since echoed the chorus. No Democratic candidate today can afford to ignore the issue, even if it means taking time to impose strict limits. Pete Buttigieg, for example, argues that federal tuition aid applicable at state colleges should be confined to assisting students from working and middle class families.

What is the historical origin of “free college” in presidential platforms? One intriguing clue comes from the 1947 report commissioned by then-President Harry Truman, titled Higher Education for American Democracy. The six-volume work drafted by a blue ribbon panel and chaired by the President of the American Council on Education, invited readers to look “Toward Equalizing Opportunity.” It made the bold case that “The American people should set as their ultimate goal an educational system in which at no level — high school, college, graduate work, or professional school — will a qualified individual in any part of the country encounter an insuperable economic barrier to the attainment of the kind of education suited to his aptitude and interests.”

Was this truly the federal government’s blue print for the “free college” campaign promises of 2020? The prose from 1947 resembles the proposals that speechwriters now craft for Democratic candidates heading in to the primaries. On close inspection, however, the 1947 Presidential Report was a false hope, or at very least, a promise delayed for today’s federal “free college” proposals. That’s because President Truman put the report aside in order to focus on Cold War defense spending. It was comparable to a script for a movie that never went into production by the President or Congress.

Important components of the task force’s recommendations were fulfilled over the next two decades, but these reforms were implemented through scattered state initiatives with little if any commitment from the federal government. Starting in 1951, major federal funding for higher education was concentrated in such agencies as the new National Science Foundation and the National Institutes for Health. High powered federal support for research and development flourished while national plans for college access were tabled.

The historic reminder is that creating and funding colleges has been — and remains — the prerogative of state and local governments. This legacy was reinforced in 1972 when several national higher education associations lobbied vigorously for massive federal funding that would go directly to colleges and universities for their operating budgets. Much to the surprise of the higher education establishment, these initiatives were rejected by Congress in favor of large-scale need-based student financial aid programs, including what we know today as Pell Grants (originally, Basic Educational Opportunity Grants) and numerous related loan and work-study programs. This was a distinctively American model of portable, need-based aid to individual students as consumers. The net result was that some, but hardly all, college applicants made gains in college access, affordability and choice.

States, not the federal government, have been the place where issues of low tuition and college costs have been transformed into policies and programs. California was an important pioneer. Its original state constitution of 1868 included explicit provision that the University of California would not charge tuition to state residents. This continued into the 20th century. The only modification came about in 1911 when the legislature maintained the “no tuition” policy but did approve a student fee of $25 per year for non-academic services. The state’s public regional colleges voluntarily followed the University of California’s no tuition example. The state’s junior colleges, which were funded by local property taxes as extensions of a town’s elementary and secondary schools, also were free to qualified residents. Less well known is that “no tuition” sometimes was a practice and policy outside California’s public institutions. Stanford University, for example, did not charge tuition when it first admitted students in 1891.

Nationwide, the “no tuition” practice gained some following elsewhere. Rice Institute, which opened in 1910, charged no tuition to any enrolled student until 1968. Berea College in Kentucky and a cluster of other “work colleges” did not charge tuition, but did expect students to work on campus to defray costs. The more widespread practice at colleges in the United States was to keep tuition low. At the historic, private East Coast colleges such as Harvard and Brown, tuition charges remained constant between 1890 and 1910 at about $120 to $150 per year. Indexing for inflation that would be a charge of about $3,200 today. All this took place without any federal programs.

In the decade following World War II, California along with states in the Midwest and West invested increased tax dollars into public higher education, usually charging some tuition for state residents while working to keep price relatively low. Such was not the case in all states. Pennsylvania, Vermont and Virginia, for example, represented states with relatively low tax revenues for public institutions whose revenues depended on charging students relatively high tuitions, comparable to a user’s fee.

After 1960 massive expansion of higher education enrollments and new campus construction in California meant that the state’s expensive “free college” programs state programs were unsustainable. By 1967 state legislator (and future governor) George Deukmejian stumped the state, making the case to local civic groups that California could no longer afford its “no tuition” policy at its public four-year institutions. This added support to Governor Ronald Reagan’s 1968 campaign to impose tuition. The immediate compromise was technically to maintain “no tuition,” but to have public campuses charge substantial student fees. This ended in 1980 when the University of California first charged tuition of $300 per academic year for an in-state student, combined with a mandatory student services fee of $419. This trend continued so that by 2011-12 annual tuition and fees for a California resident were $14,460 and out-of-state students at the University of California paid $37,338.

An added state expense was that California had extended student choice by creating state scholarship programs that an eligible student could use to pay tuition at one of the state’s independent (private) colleges. It became an attractive model nationwide by 1980 when at least 30 state legislatures had funded state tuition assistance grant programs applicable to a state’s public and private accredited colleges.

Declining state appropriations for higher education in California and other states signaled a reconsideration of “free college” as sound, affordable public policy. Why shouldn’t a student from an affluent family pay some reasonable tuition charge? Did “no tuition” increase affordability and access from modest income families? Research findings were equivocal at best.

Connecting the historical precedents to current presidential “free college” proposals eventually runs into serious concerns. Foremost is that presidential candidates must be aware of the traditional sovereignty of state self-determination on higher education policies. In some states, taxpayers and legislatures decide to fund higher education generously. Other states do not. Why should a federal program over-ride state policies? Why should taxpayers in a state that supports public higher education generously also be asked to pay high federal taxes to shore up state institutions in another state where legislators and voters do not? How much federal subsidy should we give to lowering tuition price when a state institution does not demonstrate that it has worked at keeping operating costs down? Also, “free college proposals” today may unwittingly limit student choice if the tuition buy downs are limited to selected institutional categories, such as public colleges and two-year community colleges.

John Thelin is a professor at the University of Kentucky and author of A History of American Higher Education (Johns Hopkins University Press, 2019). In 2018, he joined with Patricia Albjerg Graham, Dean Emerita of Harvard, to present a Congressional Briefing on the Higher Education Act of 1965. 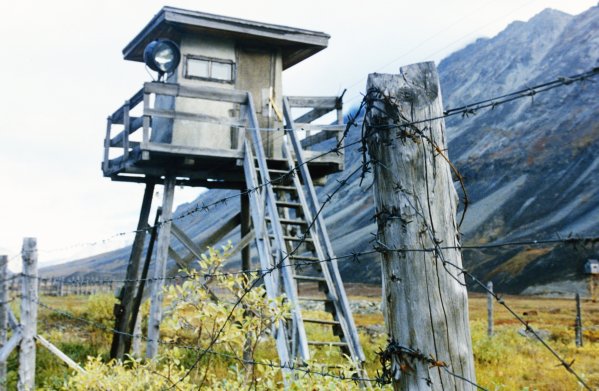 What I Learned About Beauty by Interviewing Women Who'd Been Prisoners of the Soviet Gulag
Next Up: Editor's Pick