The Killer Was Driven by Rage, but Was the Murder of 3 College Students a Hate Crime?

This documentary was produced in partnership with The Marshall Project, a nonprofit news organization covering the U.S. criminal justice system.

Five years ago, three Muslim college students were gunned down in their home in Chapel Hill, North Carolina, by a white neighbor, Craig Hicks. Deah Barakat and Yusor Abu-Salha, two of the victims, were newlyweds. They were enjoying dinner with the bride’s sister, Razan Abu-Salha, who was also killed. Police labeled the crime a parking dispute, sparking outrage among Muslims around the globe.

The killings came amid a surge in reports of bias-motivated attacks against Muslims in America, which spiked 67 percent in 2015, according to FBI data. Overall that year, 5,850 hate crimes were reported across the country. Last year, the FBI announced more than 7,120 reported hate crimes, with physical assaults reaching a 16-year high. Although the latest data shows fewer attacks against Muslims and Arab-Americans that in 2015, civil rights groups say there are likely many more anti-Muslim incidents, including bullying and discrimination, that do not appear in FBI data.

Did the murder of the college students in Chapel Hill meet the definition of a hate crime? That question is at the heart of our new documentary re-examining a case that reverberated around the world. This film sheds light on the way the nation is responding to rising levels of bias-fueled violence and how we define what constitutes a hate crime under the law. 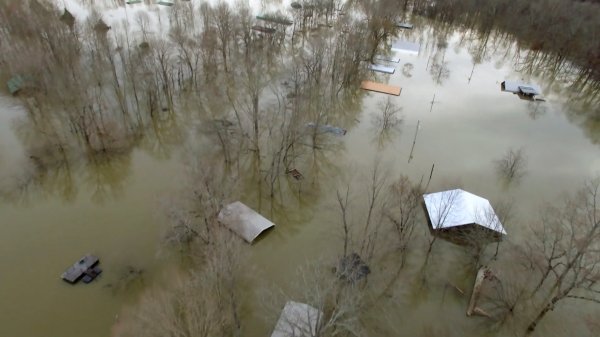 Mississippi and Tennessee Have Been Deluged With Near-Record Levels of Flooding. Here's What to Know
Next Up: Editor's Pick