Enes Kanter: The Athletes of the WNBA Are Fighting for Equality. We in the NBA Need to Fight Beside Them

Diggins-Smith during a WNBA preseason game in 2018; she later said she played the whole season pregnant
Tim Clayton—Corbis/Getty Images
Ideas
By Enes Kanter

Kanter, who founded the You Are My Hope campaign to fight against human-rights violations in his home country of Turkey, plays for the Boston Celtics

A dream came true When I was drafted into the NBA a decade ago. I never thought of anything more than putting in my best work and helping my team win. For the talented athletes of the WNBA, it is a different story. After making it professionally, they continue to battle for equitable pay, balanced media portrayal and fair treatment. They have to fight two battles—one on the court, and the other off court.

This is about more than pay; it’s about recognition for their hard work as athletes. One of the reasons we’re even talking about equal pay in sports today is because of the courageous fight of the U.S. women’s national soccer team. It took winning the World Cup for their voices to be heard. As former WNBA president Lisa Borders has said, sexism is behind this problem, as “people do not believe that women can be superb professional athletes.”

The conversation about pay equality in the WNBA got a jolt in 2018 when star player A’ja Wilson tweeted that LeBron James’ salary “must be nice.” I remember her catching so much heat from that tweet. For speaking up, she was criticized. But in January, less than two years later, the WNBA and its players’ union reached a new collective bargaining agreement (CBA) with improvements in pay and benefits. Before the CBA, female athletes received less than 30% of revenue-sharing and lost half of their salaries if they went on maternity leave during the season. During the off-seasons, many players went overseas to China and Russia, where the pay is six to 12 times more than WNBA salaries. These women are leaving their homes, their country, their friends, their families, working twice as hard and still getting paid less than male players do.

Read More: These 16 People and Groups Are Fighting for a More Equal America

Michael Jordan’s “flu game” is famous for so many reasons, yet Skylar Diggins-Smith’s playing her entire 2018 season pregnant only led to her getting flak for taking the 2019 season off, because of postpartum depression, so she could return mentally and physically. In the NBA, we adopted a rule in the 2019–2020 season to have a mental-health professional on staff. The WNBA doesn’t have this rule. Here are these women, playing the same sport we are, receiving less than we do. And not just in pay—it’s about being seen as an athlete, regardless of gender.

Pay disparity isn’t only a women’s issue; this is a human-rights issue. These women are our peers who, just like those of us in the NBA, inspire the next generation. I’m sure most of those who criticized Wilson have never even watched a game. Kobe said it best: there are women “who could play in the NBA right now.” I think Diana Taurasi, Elena Delle Donne and Breanna Stewart could play in our league.

I applaud A’ja Wilson’s courage. Her decision to speak up led to change. But I believe the rest of us, including myself, can do more to show our support for female athletes, so that they can get the respect and fair treatment they deserve. As Martin Luther King Jr. said, “We cannot walk alone.” The more we all voice our support for women, the more united we will be as people. 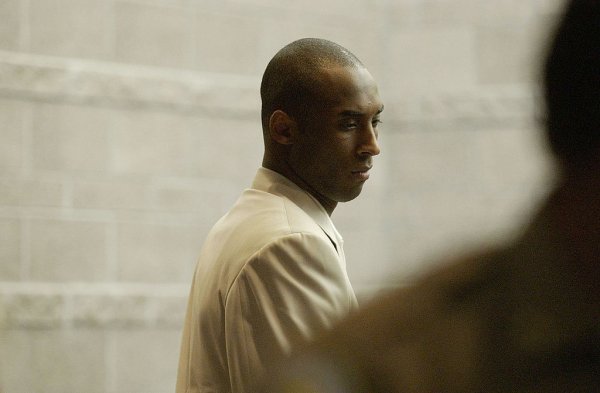 We Can Only Process Kobe Bryant's Death by Being Honest About His Life
Next Up: Editor's Pick