The U.S. Department of Education opened an investigation Wednesday into Harvard and Yale Universities over their potential failure to “report hundreds of millions of dollars in foreign gifts and contracts.”

The education department also highlighted that Harvard “may lack appropriate institutional controls over foreign money and has failed to report fully all foreign gifts and contracts as required by law.” The press release highlighted how Dr. Charles Lieber, chair of the university’s chemistry department, was charged last month with lying about his ties to a Chinese-run recruitment program and hiding payments he received from the Chinese government for research.

A spokesperson for Yale said that the university had received a Department of Education request for records of certain gifts and contracts from foreign sources under Section 117 of the Higher Education Act of 1965. “We are reviewing the request and preparing to respond to it,” she said.

A spokesperson for Harvard confirmed that the university received a notice of investigation. The university is reviewing the notice and “beginning to prepare its response to the Department of Education,” he said.

“This is about transparency,” said U.S. Secretary of Education Betsy DeVos in the statement. She called for “full, accurate, and transparent” reporting “as required by the law.”

“If colleges and universities are accepting foreign money and gifts, their students, donors, and taxpayers deserve to know how much and from whom (…) Unfortunately, the more we dig, the more we find that too many are underreporting or not reporting at all,” DeVos said.

The education department says the agency’s records show that since about 1990, American universities and colleges have reported donations exceeding $6.6 billion from Qatar, China, Saudi Arabia and the United Arab Emirates but that “this sum may be significantly underestimated.”

A congressional subcommittee has referred to foreign spending on U.S. schools as a “black hole” because of the lack of reporting about funding and found that such money can “come with strings attached that might compromise academic freedom,” the department notes. 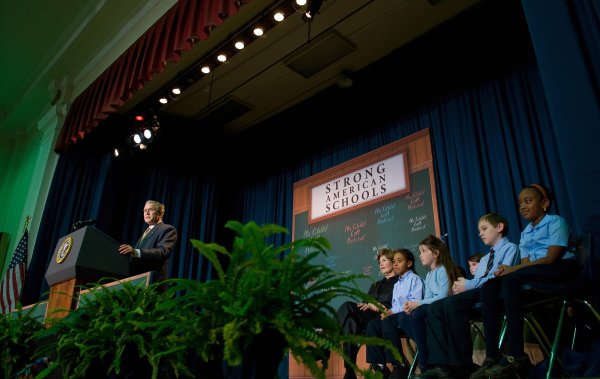 The Education Reform Movement Has Failed America. We Need Common Sense Solutions That Work.
Next Up: Editor's Pick