The World Is Running Short of Sugar. Here's Why Prices Are Likely to Rise Even More

Just as the world’s top sugar traders forecast a global shortage of the commodity, No. 1 raw-sugar importer Indonesia says it wants a record amount of the sweet stuff.

The Southeast Asian nation said it aims to import about 1.4 million tons of raw sugar, or 1.33 million tons of the refined variety, for household use this year and in early 2021. That’s a more than 11-fold increase on last year. Meanwhile, domestic output is expected to sink while local demand increases.

“Ideally we must have at least 1.3 million tons of stockpiles in early 2021,” Yadi Yusriyadi, senior adviser at the Indonesian Sugar Association, told reporters in Jakarta on Wednesday. “If there’s no additional supply through imports while demand keeps increasing, prices will definitely continue to rise.”

Global sugar prices have surged about 12% this year for the best start to a year in a decade as a drought cut shipments from Thailand, the world’s No. 2 exporter. The Thai squeeze surprised traders at a time when the European Union was already producing less, Brazil had turned more of its cane crop into ethanol and freezing weather wrecked crops in North America.

London-based commodities trader ED&F Man Holdings Ltd. raised its forecast for a world sugar deficit this season by about 10% to 7.7 million metric tons after a surplus a year earlier. The market, which was previously grappling with an oversupply from India, now needs the sugar, said LMC International.

Food consumption in Southeast Asia’s largest economy has surged in the past decade as growing affluence changes diets and lifestyles. Rising demand from Indonesia may benefit top sugar producers India and Brazil, both of which are seeking to fill the gap in supply from Thailand.

The country’s sugar refiners will likely import most of their raw sugar from Thailand in the first half, while also eyeing supply from Australia and India, said Chairman of Indonesia Sugar Refiners Association Bernardi Dharmawan.

The three countries are favorable suppliers because of their close proximity to Indonesia and as the sweeteners carry the same import duty of 5%, Dharmawan said in a text message. The government has allowed eight refiners to import 1.1 million tons of raw sugar in the first half.

The Indian government is in advanced discussions for Indonesia to lower the color specification that will allow supply from the South Asian country, according to the Indian Sugar Mills Association.

Indonesia is also buying sugar from Brazil, according to world’s top trader Alvean, which is set to ship 60,000 tons of raw sugar this week. Dharmawan of the refiners association said he has yet to get details of Brazilian imports.

–With assistance from Isis Almeida. 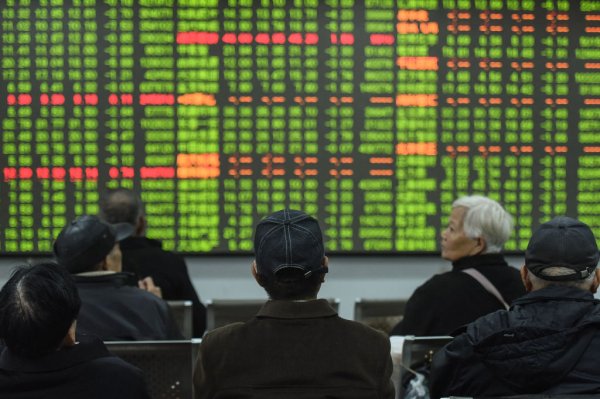 Chinese Stocks Plunge 9% As Markets Reopen Amid Coronavirus Outbreak
Next Up: Editor's Pick