Warren G. Harding and his wife Florence on the front porch of the Harding house in Marion, Ohio, from which Harding conducted his successful campaign for the Presidency.
Corbis/VCG via Getty Images
By Jeffrey Normand Bourdon / History News Network

The ways that Presidential candidates have reached out to voters over the course of U.S. History have changed partly because the franchise has been opened to more people so more voter participation in campaigns has naturally ensued. During the Jeffersonian Era, candidates followed the maxim that the Founding Fathers subscribed to—the office seeks the man, not the other way around.

As the Jacksonian Era unfolded, some states extended the franchise to all white men. By 1840, William Henry Harrison became the first presidential candidate to tour and give speeches to adoring throngs. Going on the road seemed to make sense; as the franchise opened to more voters, they naturally wanted to hear the candidates and “feel” their presence. Harrison won the contest, but between 1852 and 1872, the next four major party nominees that stumped lost. Touring proved rife with landmines for men such as Winfield Scott, Stephen Douglas, Horatio Seymour and Horace Greeley.

It was from this historic backdrop that James Garfield had to figure out how to campaign for the presidency in 1880. He did not want to stay mum and seem disinterested, but he also did not want to follow in the footsteps of the four, previous stumping candidates. Inviting voters to his home to hear him give speeches, meet his family and take some food from his farm as a gift struck a middle ground between being too quiet or stumping and risking errors. The Republican candidate espoused a high tariff to protect American’s jobs, homes and families from his porch with his wife and children by his side.

As the campaign wore on and Garfield started looking like the favorite, he received visits from increasingly larger groups. Union Civil War veterans, women, German voters, businessmen from Cleveland, first-time voters and plain folks from Ohio all came to his Lawnfield residence in the small, bucolic town of Mentor, Ohio, to participate in the first front porch campaign for the presidency. While the age of industrialization catalyzed an age of impersonalization, where workers barely met or saw their bosses, now voters were able to go to a candidate’s home, meet him and his family, shake their hands, and were even gifted food from his garden. Garfield also started an important trend among Republicans running from their front porches—he won.

Eight years later, Republican Benjamin Harrison decided to follow in Garfield’s footsteps. His efforts took place in Indianapolis and 350,000 people from around the country came to his porch. This time much larger groups brought gifts to the candidate, then Harrison delivered heavily pre-prepared speeches and afterwards shook hands with as many visitors as possible. He made his appearances with his family and supported a high protective tariff, like his predecessor. Harrison also championed the compensation rights of Union soldiers in order to protect their families and homes. The soldiers’ marches to his home reasserted their masculinity at a time when the age of reconciliation was threatening it for some. He also spoke to African American voters about protecting their rights just as the official onset of Jim Crow legislation was starting. Harrison’s optics were juxtapositioned by the Republican press against his nonactive opponent, Grover Cleveland, and contributed to his close win.

In 1896 William McKinley ran the largest and most famous front porch campaign from Canton, Ohio. He saw 750,000 visitors from around the country. This time Union and Confederate soldiers marched together as the age of reconciliation continued unfolding. Women, African Americans, various ethnic groups, and first-time voter groups all visited.

The campaigns of both Harrison and McKinley changed their towns dramatically. Like his predecessors, McKinley espoused a high tariff and class solidarity. While pro-McKinley sheets were able to print his speeches in full for their reading audiences across the country, his stumping, swashbuckling opponent, William Jennings Bryan, delivered extemporaneous speeches replete with divisive class rhetoric that newspaper reporters barely kept up with and could only partially report. Republican sheets also largely ignored the crime that occurred in Canton, making the events look like organized pageantry. Bryan may have been a more entertaining speaker, but the front porch strategy helped McKinley convey his full opinions for a national audience through the newspapers and he won.

After nearly a quarter of a century hiatus, Warren Harding brought front porch campaigning back to presidential politics from Marion, Ohio, in 1920. Harding’s campaigners used his porch appearances and speeches to advertise their man nationally. His promise for a “return to normalcy” fit well with the homebound style. Harding saw the same swaths of visitors that previous Republicans had. This time a small group of Union soldiers that were still alive came to Marion. African Americans came to a town which experienced race riots and expelled black folks from the community a year before. Harding also had to beg women in his audience not to vote against Republican candidates who were anti-suffrage before the passage of the 19th Amendment. The fourth and final porch campaign yielded the same result as the first three—the Republican won.

No presidential electioneering technique has ever been as successful while appearing and disappearing as quickly as front porch campaigning. The porch allowed Republicans to show a certain amount of interest in the office without appearing too interested. At a time when what was acceptable for presidential canvassing was questionable, front porch campaigning became a consistent, winning formula for Republican presidential candidates throughout the Gilded Age and in 1920. Throughout the 21st Century, candidates will continue to look for inventive ways to reach out to diverse swaths of voters.

Jeffrey Normand Bourdon has published scholarly articles on the Jacksonian era, Progressive era and Gilded Age front porch campaigns. He currently teaches history and writing at the University of Mississippi and the University of Memphis. He is the author of From Garfield to Harding: The Success of Midwestern Front Porch Campaigns. 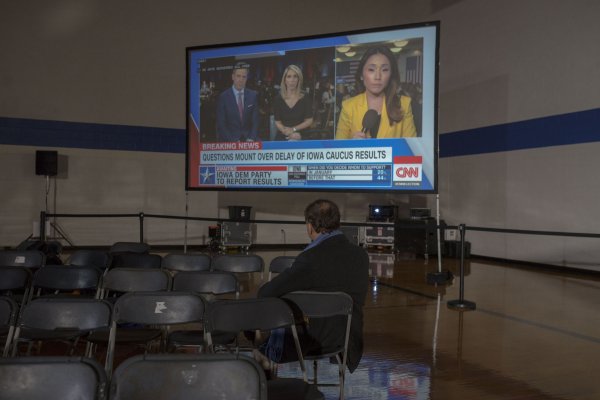 What Happens Next with America’s Electoral Legitimacy
Next Up: Editor's Pick