A Pittsburgh area judge accused of making racist comments about a juror has been barred from hearing cases, according to a court order issued this week.

Allegheny County Common Pleas Judge Mark Tranquilli is accused of repeatedly referring to a black juror as “Aunt Jemima.” Tranquilli made the racially-charged references during a conversation in his chambers after the conclusion of a case on Jan. 24, according to a complaint made by defense attorney Joe Otte to Pennsylvania’s Judicial Conduct Board, a copy of which was obtained by TIME. Otte, who was with Tranquilli when he allegedly made the comments, declined to comment on the incident.

Otte wrote in the complaint that Tranquilli was “visibly upset” about the outcome of the case, in which a suspect being tried on a count of possession with intent to deliver was acquitted. In his chambers, the judge allegedly berated the case’s prosecutor, Ted Dutkowski, with regards to how potential jury members were screened and made several racist comments about one juror in particular.

“The judge then said that Ted had made a terrible decision by allowing ‘Aunt Jemima’ on the jury,” Otte wrote in the complaint. “The juror, Juror #4, was a young black woman who had worn a hair wrap throughout the trial. The judge expressed that he knew Ted was not going to get a conviction from the moment Juror #4 was questioned.”

Local news station KDKA reports that Dutkowski also wrote up Tranquilli’s comments in a memo, saying that he was “sickened” by them. Dutkowski could not be immediately reached for comment Friday, and the Allegheny County District Attorney’s Office declined to comment.

Otte’s complaint further details that Tranquilli said the juror’s “baby daddy” probably sold drugs too, and that the not guilty verdict given to the suspect came in part because of her “presumed bias in favor of heroin dealers.”

Tranquilli did not immediately respond Friday to TIME’s request for comment.

Tranquilli, who was temporarily reassigned to summary appeals on Tuesday, is now barred from hearing any cases, a court order issued by President Judge Kim Berkeley Clark says, according to the Pittsburgh Post-Gazette. Instead, he is temporarily assigned to “administrative duties only.”

“Judge Tranquilli shall not preside over any cases during this assignment,” Berkeley Clark wrote in the order.

The Allegheny County Bar Association president Lori McMaster called for a “complete investigation” by the Judicial Conduct Board of Pennsylvania into Tranquilli’s alleged comments in a statement.

“In remaining steadfast to the Allegheny County Bar Association’s mission and values, we have a duty to our members, our clients, and the African American and broader communities at large, to continue to take action to eliminate implicit and explicit racial bias in our legal system,” McMaster said. 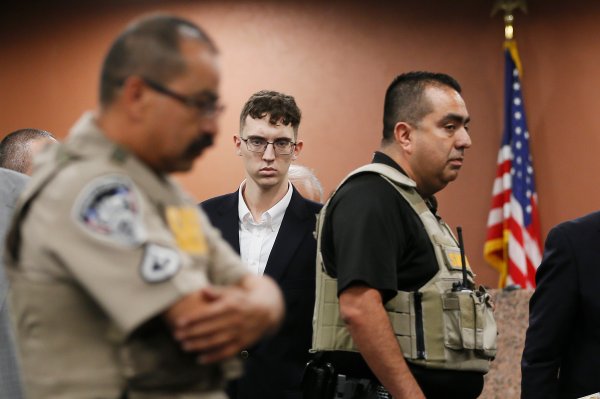