‘I Need to Continue to Be Active.’ Why Americans Are Retiring Later Than Ever

"I thought I was ready, but I soon realized that I need to continue to be active."—Craig Ogelby, 72, a longtime educator whose retirement lasted just one month before he went right back to work in a new school
Illustration by Adrià Fruitós for TIME
By Tara Law

Craig Ogelby worked in Pennsylvania public schools for about 40 years before calling it quits in 2007. He regretted it almost instantly. Just one month after retiring, he took a new job as a principal in New Jersey. “I really just did not think through my decision to retire,” says Ogelby, now 72 and working as a consultant. “I thought I was ready, but I soon realized that I need to continue to be active.”

Like Ogelby, many Americans are rethinking the latter end of their careers. As of February 2019, more than 20% of Americans over 65 were working or looking for work, nearly twice the 1985 rate. Workers are retiring three years later on average than they did in the 1980s, according to Matthew Rutledge of Boston College’s Center for Retirement Research. The phenomenon could give the wider economy a boost, as older workers keep earning (and spending) money.

What’s keeping older Americans at work? For one, their health is generally better, allowing them to stay at their jobs longer–Americans’ life expectancy at birth reached 78.7 years in 2018, compared with 73.7 in 1980.

Finances also matter. The age required to receive full Social Security benefits is being gradually increased to 67, leading some workers to stick around until they can get their maximum benefits. Furthermore, employers are switching from pensions, which for some workers become substantial enough to comfortably replace their paycheck in retirement, to contribution-based plans like 401(k)s, which are typically less dependable as a sole retirement account but can grow so long as a worker keeps making contributions, with no age limit.

Then there’s the psychological factor. For career-driven people like Ogelby, downshifting from a career-first mindset into the “permanent vacation” of retirement can be unmooring or even downright scary. It may, after all, be one of the last major life changes we make on our own. Nancy Schlossberg, a professor emerita at the University of Maryland who has written several books on retirement, says it’s the little stuff that retirees wind up struggling with the most. “When you leave [work], you are giving up your relationships with colleagues, you are giving up your role, you are giving up your assumptions about the world,” she says. “But most important, you are giving up your routines: where you stopped for coffee, where you dropped your cleaning off on the way to work.”

Of course, many Americans have less agency when it comes to their retirement plans. Less-educated workers tend to retire earlier, for instance–the average retirement age for males with less education than a college degree barely budged between the 1980s and 2016, increasing only from 62.6 to 62.8, according to Rutledge. The gap exists in part because less-educated workers tend to have more physically demanding jobs that wear people down. Others retire because saving money while barely making ends meet begins to feel like a Sisyphean undertaking. “A lot of people think, no matter what they do, they’re really never going to be able to save very much,” says Rutledge. Still others can’t find work that matches their skill set in our rapidly evolving economy.

That’s the case for Angela Carambot, a 56-year-old New Yorker who says her lack of a college degree has held her back for decades since she lost a service job at a publishing firm 20 years ago. “Before, it was always train on the job,” says Carambot, who’s planning to go on Social Security as soon as she can. “Now you have to have this, you have to have that. And I didn’t have any of these.”

But for those who have the luxury of delaying retirement, the benefits can extend beyond their bank accounts. Staying in the workforce can give older Americans a chance to try something different, whether it’s part-time or consulting work in their longtime field or a totally new venture. Even absent a major change, work can give older Americans an often necessary sense of purpose. That’s the case for Ruth Schwartz, a 74-year-old academic who teaches a graduate-level database course at Stevens Institute of Technology in Hoboken, N.J. “I thought to myself, What am I going to do for 40 years? It’s not like it used to be where you retired at 65 and you died at 75,” says Schwartz. “I know other people who are just happy to sit at home. I can’t imagine it.” 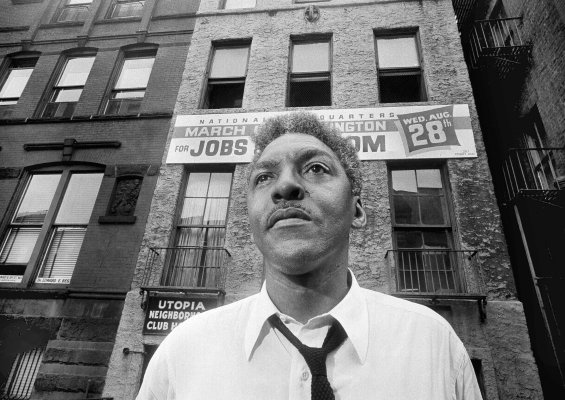