'The Taste of Bordeaux Is Going to Change.' Under Threat From Climate Change and Coronavirus, French Winemakers Try Experimenting

By Mélissa Godin
Visitors take a 'selfie' photograph on the roof garden of the Terasse Rouge winery and restaurant beside the vineyards at Chateau La Dominique in Pomerol, France, on Sept. 23, 2019
Balint Porneczi—Bloomberg/Getty Images

In the hills outside of Bordeaux, where lines of vineyards create geometric patterns across the landscape, winemakers have been carefully growing and harvesting a dark blue grape variety for centuries. Merlot, with its soft, velvety plum flavor, is one of the world’s most popular red wines.

But Merlot as we know it is on the verge of extinction. Climate change—which has increased average global temperatures, along with the frequency and severity of droughts, heat waves and other erratic weather patterns—is changing the flavor of French wines. Warmer temperatures cause grapes to ripen faster, resulting in more sugar in the grape. That ultimately affects the alcohol content, acidity level and the color of wine. While scientists do not know how long current varieties of Merlot will be able to last under changing conditions, they have said that Merlot will be the first victim of climate change amongst grape varieties in the region.

But in Bordeaux, the wine capital of the world, experimental laboratories have emerged, dedicated to finding new flavors of wine that are adaptable to the changing climate. French winemakers are experimenting with vines from other parts of the world, from Italian Sangiovese to Greek Assyrtiko, that can withstand higher temperatures, to see if they can survive in Bordeaux. Their hope is to find a new flavor that can replace the region’s iconic Merlot, which makes up 60% of vineyards in Bordeaux.

“Some wines will not be able to remain,” says Jean-Marc Touzard, the director of l’INRA, a French public research institute focussed on agriculture. “Merlot is struggling in the face of climate change.”

French wines account for 16% of wines produced worldwide and the country is the largest consumer of wine internationally. The industry currently brings in 7.6 billion euros in exports and employs over half a million people. “Lots of jobs are involved. It creates and sustains a tourism economy,”says Touzard. Every year, 24 million foreigners visit France’s wine regions.

But climate change has demanded a new level of effort from winemakers.

Workers collect grapes on Sept. 3, 2019 in a vineyard near Rauzan in the Entre-Deux-Mers region near Bordeaux, southwestern France
Georges Gobet—AFP/Getty Images

“The flavor of French wines will be more alcoholic, less acidic and less aromatic,” predicts Agnès Destrac-Irvine, who oversees coordination for the VitAdapt program that experiments with new grape varieties under climate change. But, she adds,“The question isn’t how will climate change change French wines, the question is how has it already?”

Since the 1980s, the harvest in Bordeaux has been occurring earlier and earlier, resulting in many French wines having higher alcohol levels than they used to. But in some French regions, the rise in temperatures have been welcomed. Regions like Champagne and Alsace in Northern France have reaped the benefits of warmer temperatures; winemakers there have reported since 2017 that droughts have decreased the amount of mildew on their vines. But with temperatures expected to rise by 2°-4° C, French winemakers across the country know that any benefits of rising temperatures are temporary. To stay alive, they have to adapt.

Several organizations are on the case, often with financial help from local and national government bodies. The Laccave project, for instance, brings together experts from institutes and universities across the country to both measure how climate change is impacting vineyards and to explore possible ways to adapt. The Science Institute of Vine and Wine (ISVV) is researching different kinds of grape varieties to see how they cope with different temperatures and diseases.

While some new varieties are already commercially available, many are still in the research phase. Because it takes many years for vines to grow, the research moves slowly. “It’s not like with wheat, where you can grow it one year and see what happens the next,” says French winemaker Samuel Masse.

Historically, it has not been easy for French winemakers to experiment with different grape varieties. The National Wine Authority, known in French as the Institut National des Appellations d’Origine (INAO), strictly regulates what grape varieties can and can’t be grown throughout the country. But as climate change has threatened French wine production, the appellation authorities have permitted the addition of seven more grape varieties as of last July in an effort to find alternative wines that can thrive in a warmer France. Previously, only six grape varieties could be used to make wine in Bordeaux.

Growing new grape varieties more suited for warmer temperatures, however, addresses only one of the many problems climate change poses for the wine industry. As the climate crisis intensifies, weather patterns are likely to become increasingly erratic and unpredictable, no longer following the rhythm of the seasons. In the spring of 2019, 5% of vines in Bordeaux were affected by unseasonal frost. Last summer, intense drought left vines burnt to a crisp in the Southern French region of Hérault.

“It’s not just about warmer temperatures. With climate change, there will be risks of frost, droughts, fires,” Touzard says. “Look at the fires in California and Australia. We don’t want the taste of fumes in our wines.”

A woman drinks a glass of wine as she speaks and shares a drink with friends via a video call on March 26 in Bordeaux, southwestern France, in the evening on the tenth day of a lockdown aimed at curbing the spread of the COVID-19 in France
Nicolas Tucat—AFP/Getty IMages

COVID-19 has put further pressure on winemakers. Since the outbreak hit France, wine sales have rapidly declined, wine fairs and festivals have been canceled and exports have been severely affected. In the first two weeks of lockdown, some winemakers have reported a 50-70% loss in revenue. “It’s a catastrophe for our industry,” says Masse, adding that the economic ramifications of COVID-19 will make it difficult for winemakers to plan for climate change. “It affects people’s budget to experiment.” Agricultural unions in France have already estimated a shortfall of roughly 200,000 seasonal migrant workers because of COVID-19, further hampering production.

For France, however, there is much more at stake than money. To many, losing iconic French wine flavors would be to lose a central aspect of French culture. “Wine holds a major place in French culture,” says Touzard. “It ties France to its history.”

For many winemakers in Bordeaux, finding new grape varieties is crucial to protecting their culture. “We are all mobilized to make sure vines stay in Bordeaux because of the history and culture it represents,” says Destrac-Irvine. “It’s the reason why researchers are mobilizing themselves, as well as viticulturists, agriculturalists.”

“We are strongly hoping that with all our work in investment, we maintain this high-quality production,” she adds.

But with climate change increasing temperatures and the frequency of erratic weather patterns, effort alone may no longer be enough.

“There are ways of adapting,” Touzard says, but “the taste of Bordeaux is going to change.” 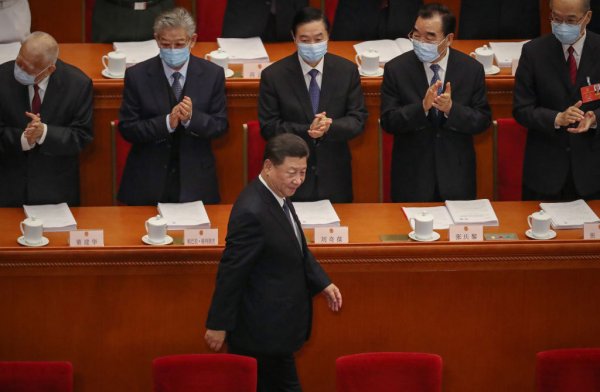