Past Outbreaks Provide a Roadmap for U.S. Government Response to Coronavirus Threat

Passengers wear face masks to protect against the spread of the Coronavirus as they arrive on a flight from Asia, at Los Angeles International Airport on Feb. 2, 2020.
Mark Ralston—AFP/Getty Images
By Abigail Abrams

While the threat of the new coronavirus in the United States remains limited, a network of U.S. government agencies are already furiously ramping up efforts to contain the disease, should an outbreak occur.

“We are working to keep the risk low,” said Health and Human Services Secretary Alex Azar, who is leading the federal government’s response, at a press conference Friday. So far, the overwhelming number of new cases of the virus, which originated in Wuhan, China, remain in China. There are only 11 confirmed cases in the U.S.

The good news, some officials and infectious disease experts tell TIME, is that U.S. agencies are not starting from scratch. Previous outbreaks, including Ebola, Zika and SARS have informed the government’s response to the new coronavirus. “The [Centers for Disease Control and Prevention] generally, if you look at crisis management, has learned a lot over the years,” says Michael Osterholm, director of the Center for Infectious Disease Research and Policy at the University of Minnesota, before striking a note of confidence. “There is no other public health agency in the world that can do what CDC does in the way they do it.”

An effective response to any infectious disease requires that the White House, a network of federal agencies, Congress and parts of the military react simultaneously, sometimes working in parallel and sometimes coordinating their efforts. Here’s a look at what the U.S. government is already doing, and what it’s likely to do next.

Preventing the spread of the disease

On Friday, Azar declared the new coronavirus a public health emergency and announced that the U.S. would begin denying entry to most foreign citizens traveling from China. He also said the U.S. would impose a quarantine of up to two weeks on U.S. citizens who traveled to China’s Hubei province in the last 14 days. The CDC has recommended that people avoid all nonessential travel to China and the State Department issued a Level 4 or “do not travel” advisory for China.

Meanwhile, the Department of Homeland Security has rerouted flights carrying passengers who had traveled to China in the last 14 days to one of 11 airports in the U.S, and CBP agents have been asking passengers about their recent travel history passing out educational materials to all those arriving from China. The CDC also deployed additional staff to screen travelers at 20 airports across the country. Quarantined travelers will stay in facilities at one of four military bases: Fort Carson in Colorado, Travis Air Force Base in California, Lackland Air Force Base in Texas or Marine Corps Air Station in California.

The travel and quarantine measures have drawn some scrutiny, as experts say those efforts can sometimes backfire by making people less likely to come forward if they are sick. The CDC said it was the first time in 50 years it has issued a quarantine order. And the travel restrictions contravene advice from the World Health Organization, which recommends against limiting trade and movement. Doing so, WHO warns, can potentially exacerbate the problem by encouraging those in impacted areas to move through underground channels and stigmatizing the sick.

Getting the science up to speed

Scientists at the CDC have developed a diagnostic test for the new coronavirus and have asked the Food and Drug Administration to expedite its approval, which will allow the CDC to send it to states so health officials around the country can test patients immediately. (Currently, patient samples must be transported to CDC headquarters in Atlanta for testing.)

Scientists at the National Institutes of Health, as well as at private companies and around the world, are also working as quickly as possible to develop a vaccine for the new coronavirus. While it will still take months for a vaccine to be ready, past experience working with other coronaviruses such as SARS and MERS has significantly shortened the process, said National Institute of Allergy and Infectious Diseases Director Dr. Tony Fauci, who has led the nation’s infectious disease response for decades.

“We are proceeding as if we will have to deploy a vaccine. In other words, we are working on the worst scenario that this becomes a bigger outbreak,” Fauci told reporters last week.

Issuing guidelines and provide resources for the “front lines”

During past outbreaks, federal agencies have issued guidance to hospitals and local officials on what kinds of supplies they need, how to maintain their supply chains if travel is restricted and what precautions to take to keep their own staffs safe. Congress has also provided increased funding for hospitals and community health clinics to add staff, and stock up on masks, gloves and other supplies. Health officials have already started using $105 million to respond to the Wuhan coronavirus, and HHS reportedly told Congress on Sunday that it may need $136 more to help fight the disease, according to the Washington Post.

Azar said the office of the Assistant Secretary for Preparedness and Response, which is under the umbrella of HHS, is assessing what’s known as the Strategic National Stockpile. That includes the country’s supply of pharmaceuticals and other medical supplies. But experts noted that the new coronavirus brings the added complication of travel restrictions on China, where many U.S. medical supplies come from. Already, N95 masks are going for high prices online, and the outbreak is far from over.

Adequate funding can be particularly critical for hospitals, which often don’t have the money to invest in these measures even when they’re not in crisis mode. “There’s there’s very little room in our health care system for a potential major surge of patients,” says Rebecca Katz, director of Georgetown’s Center for Global Health Science and Security.

“Hospitals, health care facilities, public health agencies are going to be really in the soup,” Osterholm says. “What we need to do now is make certain that as much preparation as possible is being conducted in every community in this country to be prepared. That’s going to be the front lines. The front lines will not be Washington.”

During the Zika outbreak in 2016, federal officials invited governors, large-city mayors, and CDC experts to convene in Atlanta to develop an action plan to address the mosquito-borne disease. And during the 2014 Ebola epidemic, U.S. officials created a tiered system of hospitals to assess and treat Ebola so those facilities would have enough staffing and equipment to care for infected patients. Even with those preparations, two nurses in Texas contracted Ebola, and officials later said the hospital staff had not been properly trained on how to handle the virus.

This is an area where multiple agencies should get involved, says Asha George, executive director of the Bipartisan Commission on Biodefense. CDC officials “need to work with [the Occupational Safety and Health Administration] together to generate the guidelines that should be going to the healthcare workers and public health workers throughout the nation,” she said.

Making sure everyone is talking to each other

During the 2014 Ebola outbreak, President Barack Obama appointed Ron Klain to be “Ebola czar,” overseeing the entire U.S. government’s response to the outbreak. Many experts said having a central figure helped impose order on the communications coming out of the White House and provided a political official to answer questions so that health leaders could focus on fighting Ebola.

President Trump has not said whether he will designate a similar high-level official to lead the coronavirus response effort. But last week he announced a special coronavirus task force. It is being led by Azar and includes Fauci, CDC Director Dr. Robert Redfield and other federal officials.

“Elected and appointed officials will do well to follow the lead of some of the very seasoned long term federal employees who are at the table,” Osterholm says. “They’ve been through a lot of these events like this and fortunately we have them and they really represent the best of the best.” 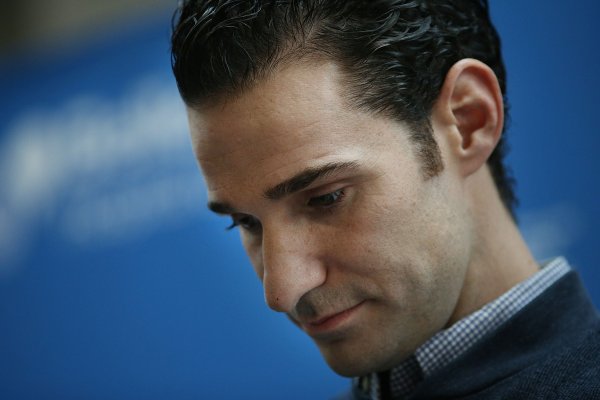 Vilified After Contracting Ebola, He Sees History Repeating Itself With Coronavirus
Next Up: Editor's Pick