When U.S. Laws Punished Men for 'Seduction,' Women Were the Ones Who Got Judged

Postcard of the exterior of the Michigan State Capitol building, Lansing, Michigan, 1914. From the New York Public Library. In the 19th century, Michigan was the harbinger of a wave of state laws criminalizing seduction.
Getty Images
By Clement Knox

Americans had inherited from the English the four civil law actions — Criminal Conversation, Alienation of Affections, Breach of Promise to Marriage, and Seduction — that policed marriage, sex and courtship. In the United States they were referred to by the wonderfully saccharine name of the “heart balm acts,” a group of legal instruments that sought to salve wounded hearts with cash compensation. In the mid–19th century these English legal devices were used as the basis for a peculiarly American exercise. Between 1848 and 1935 the United States embarked on one of the most ambitious, most expansive, and most intrusive judicial experiments in all its history: the attempt to regulate seduction by legal fiat.

Initially this involved the reform of the civil suit of Seduction such that women could bring suits against men on their own initiative. The movement began in Michigan in 1846 and soon spread around the country. By 1913, 18 states had enacted reforms liberalizing the use of the seduction tort. These reforms led to the development of a new language to describe sexual behavior. Courts combined legal and moral principles to articulate what seduction was, who a seducer was, and who the law would identify as a victim of seduction. In the 1856 Iowa case of Gover v. Dill the court held that evidence of active and organized misrepresentation was key to determining whether seduction had occurred. The victim had to have been moved “by some promise or artifice, . . . by his flattery or deception.” Likewise consent, or failure to resist, or evidence that “she had previously prostituted herself to the embraces of other men” could be a defense for the man. All men could be seducers; only certain types of women could be seduced. Using a variation of a phrase that would recur throughout the great American legal experiment in seduction, the Iowa court ruled that “the person seduced must have been previously of chaste character — that she has yet preserved that priceless jewel that is the peculiar badge of the virtuous unmarried female.”

This was a shift from an economic understanding of a woman’s worth to a moral one. From an interest in a loss of services to a loss of moral standing. But it also created a new kind of moral economy — who possessed that priceless jewel? For if a court decided that a woman did indeed possess it, then the plaintiff could be in for a major windfall. Damages could run into the thousands of dollars. The high watermark came with the 1915 decision in Eller v. Lord, where a South Dakota court awarded $25,000 to the plaintiff — $650,000 in 2019 terms.

But this tinkering with civil suits was fairly minor when compared with the revolutionary decision to criminalize Seduction. Starting with New York in 1848, states began to threaten men with fines and imprisonment for what was deemed consensual but exploitative sexual behavior. The text of the New York law was typical of what was to come. Seduction was a “crime against society” and those found guilty of it could face a maximum of five years in prison and a fine of up to $1,000. Crucially, a seduced woman had to be “an unmarried female of previous chaste character.”

These laws were adopted throughout the country. By 1885, 27 of 38 states had such statutes. By 1921, 37 of 48 states had them on the books. These laws had common features. They all required that plaintiffs meet certain subjective moral standards. Lewd women, bawds and adventuresses were not welcome in courts, nor were prostitutes or immoral characters. Most, but not all, states required that the women involved had to be unmarried and some held that they had to be below a certain age. When it came to defining seduction, most states understood seduction in relation to marriage with 22 of 37 state laws requiring that the “prosecution must show either a promise of marriage or a feigned or pretended marriage.” More generally, seduction was understood as the

In all but three states with these laws the offense of Seduction was classified as a felony, and conviction could lead to a sentence of between one and twenty years in prison as well as a fine. Some states allowed for men to avoid the jailhouse by marrying their victims, but women were by no means obliged to accept such legally induced proposals.

The proponents of this legislation were largely married, middle-class women. They claimed to be acting in the interest of vulnerable unmarried girls, but the stories of those whom they looked to protect were far from flattering. The landmark New York statute of 1848 was the result of over a decade of sustained activism on the part of the New York Female Moral Reform Society (NYFMRS), a female-run association that by the 1840s had fifty thousand members and hundreds of affiliate organizations. The women of the NYFMRS were deeply concerned about the moral dangers faced by young women coming from the countryside to seek work in the city. In their literature they dwell repeatedly on the threat posed to innocent provincials by the theater, the dancehall, and other urban arenas where men and women met and mingled without parental oversight. The seduction of young women in such places would result in a fall from chastity to sin, followed by a life of spinsterhood or, worse, prostitution. These fears were premised on a belief that women were by nature ingenuous and could be easily tricked into engaging in harmful behaviors. The female mind was so impressionable, these activists believed, that it had to be protected from all kinds of malign influences.

The tropes of the successful New York campaign would be repeated across the country over the next 70 years. The forces of the law had to be mobilized to protect women who lacked the faculties to navigate the modern sexual market themselves. However, not all women were deemed worthy of protection. Courts and juries now got to choose who was worthy of legal protection by deciding whether a woman was of “previous chaste character.” This meant that men now sat in judgment of women’s characters even though those women came to court as plaintiffs, not defendants.

Adapted with permission from Seduction: A History From the Enlightenment to the Present by Clement Knox, available now from Pegasus Books. 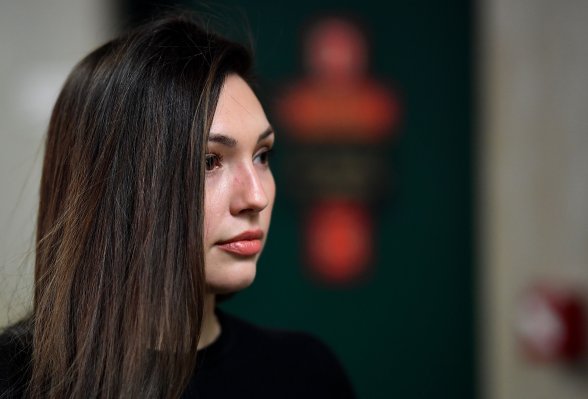 Weinstein Accuser Says 'No' Was a 'Trigger' for the Movie Mogul
Next Up: Editor's Pick