Chinese stocks plummeted by the most since an equity bubble burst in 2015 as they resumed trading to the worsening virus outbreak.

The CSI 300 Index dropped as much as 9.1% as onshore financial markets opened for the first time since Jan. 23. More than 2,600 stocks fell by the daily 10% limit. China’s benchmark iron ore contract declined by its daily limit of 8%, while copper, crude and palm oil also sank by the maximum allowed. The yield on China’s most actively traded 10-year government bonds dropped the most since 2014. The yuan tumbled 1% to weaken past 7 per dollar.

The rout comes as regulators unleashed targeted measures to help blunt the pain for companies, banks and individuals, as well as pledging financial stability. China injected cash into the financial system Monday, with the central bank seeking to ensure ample liquidity as markets plunge. It cut the rates on the funds by 10 basis points. Officials also urged investors to evaluate objectively the impact of the coronavirus, which has killed more than 360 and spread to more than 17,000 people.

”It is really hard to trade stocks,” said Li Shuwei, chairman at Beijing WanDeFu Investment Management Co. “It’s impossible to predict how this disease will develop. Even the experts have no clear idea when the outbreak will end, let alone stock traders. It’s too early to buy stocks right now and it’s also difficult to sell as all shares are limit down. So I will just have to wait and see.”

The CSI 300 pared some losses to trade 7.6% lower at 10:28 a.m. in Shanghai. Declines were led by telecom, technology and commodity producers. Hong Kong’s Hang Seng Index, which dropped 5.9% in three days of trading last week, slipped 0.1%.

The People’s Bank of China added 900 billion yuan ($129 billion) of funds with seven-day reverse repurchase agreements at 2.4%. It also injected 300 billion yuan with 14-day contracts at 2.55%. While the total is the largest single-day addition of its kind in data going back to 2004, it implies a net injection of just 150 billion yuan as more than 1 trillion yuan of short-term funds mature.

The outlook for China’s onshore markets was already bleak when investors went on holiday last month. The Shanghai Composite Index sank 2.8% on Jan. 23, its worst end to a Lunar Year on record.

A number of Chinese provinces and cities have extended the Lunar New Year break until the end of Feb. 9, including Shanghai and Guangdong. Beijing, the country’s administrative center, stopped short of declaring this week a holiday. Instead employees are encouraged to work from home.

“A lot of people in the market have not been through situations like today, and you can’t blame people for wanting cash when they feel like their health is at risk,” said Fang Rui, managing director at Shanghai WuSheng Investment Management Partnership. “There’s not a lot we can do today, we are already very heavily exposed with very little remaining funds to use to buy.”

The outbreak is leaving China increasingly isolated. The U.S., India, Australia, Indonesia, Singapore, Israel, Russia, New Zealand and the Philippines have all imposed restrictions on visitors from China. In Hong Kong, the government said it was studying further controls on travel from the mainland in response to a planned strike by medical workers aimed at pressuring the government to shut the border with China. 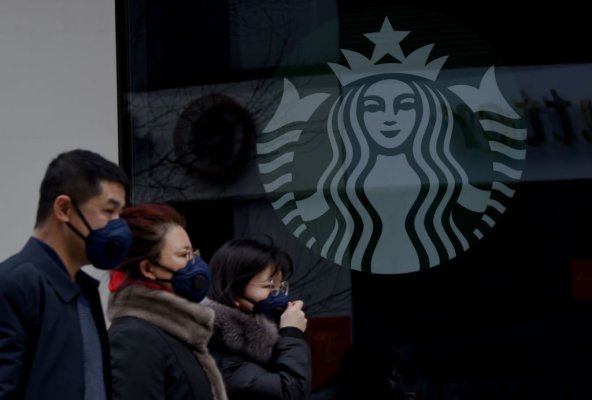