I Spent Five Years Talking to Women Across the U.S. About Pleasure and Desire. Here’s What I Learned About Inequality in the Bedroom

In the fall of 2014, I stood in a crowded auditorium as a parade of women described to regulators at the U.S. Food and Drug Administration how their libidos had been whittled down to a fraction of their former power. For some it was a gradual decline. For others it was instantaneous, “like a switch that went off.” One woman lamented, “I don’t even think about sex.” Others spoke of how intimacy had become more a duty than a source of delight. “I am able to grit through it,” one woman said. Another: “I might not even want to have sex—but if he wants sex and I give it to him then, yes, I was a good wife today.”

The women were there to weigh in on whether female sexual dysfunction represents an unmet medical need. Their testimony, taken collectively, described the personal fallout of low desire which, along with related sexual concerns like difficulty reaching orgasm, experts estimate affect a quarter to a half of American women. Such complaints are commonly chalked up to female biology. However, as a journalist who spent five years talking with 120 women across the United States about their pleasure and desire, I rarely heard anyone say the main culprit was hormones, neurochemical balance or the biased stamp of evolution. Instead, the women I interviewed described how the greater culture had derailed their desire. Heterosexual women in particular shared that their partners routinely dismissed their pleasure or that they had themselves absorbed the idea that it was a lesser priority. What emerged was that a lack of sexual entitlement—much like the pay gap, the glass ceiling and the countless other ways women are systematically held back—diminished what they received and what they felt they could rightly claim in their lives.

These dynamics pervade women’s intimate relationships, contributing to well-documented struggles like orgasm disparities, chore-like sex, unenthusiastic consent and ubiquitous pretending. Moreover, they inform how women physically feel. The sole purpose of the clitoris, so far as science can surmise, is to confer pleasure on its owner. And yet, possession of this uniquely dedicated organ is no guarantor of delight, or even sensation. Numerous women told me they felt numb and disconnected—a lack of sensation that is especially poignant in an era when the control of their bodies so often comes into question. As one woman put it, “My genitals feel dead.”

Among the women I interviewed, direct experience or close knowledge of sexual trauma was a persistent undercurrent, and some women attributed their dimmed sensation to prior episodes of harm or to feeling objectified, inappropriately sexualized and socially unsafe. Numerous women also relayed that they were too caught up in their heads to register what was happening in their bodies. Distracted in the extreme, they were surveilling their performance, critiquing their physique, hastening an encounter to an abrupt conclusion or fixedly tending to their partners’ pleasure at the expense of their own. In those encounters, an intimate touch was no more arousing than a tap on the elbow.

Contemporary researchers use the term sexual concordance to describe the extent to which mind and body, or subjective report and genitals, are in sync. Studies using graphic sexual images have shown that men react bodily and report that they are most aroused by stimuli that conforms to their sexual orientation. Queer women also display a specific response, reacting most positively to images of other women. But heterosexual women are all over the place. Physiologically, they react to couples, men, women, even scenes of copulating bonobo apes. But when asked whether they find these images arousing, they state that they’re unmoved.

Meredith Chivers of Queen’s University in Ontario, a leading expert in this field, told me, “We continually underestimate women’s sexuality.” Yet she cautioned against concluding that women’s genital reactions are a truer marker of sexual interest than their verbal accounts. A pressing question for her is why heterosexual women display seemingly indiscriminate patterns of arousal and yet do not consciously detect that they’re being turned on. One possible explanation, she says, is that reward patterns our behavior: we desire certain things because we associate them with pleasure. For lesbian women, sexual intercourse is more consistently associated with orgasm and gratification, and so images of other women will activate a clear positive response. But for many heterosexual women, the status quo has left them underwhelmed, and there is no reinforcement of pleasure one way or another. Penetrative sex results in orgasm for only a minority of women, and for some, who equate it with, say, pain, guilt or obligation, it may spark outright aversion.

Chivers is not the first to note the tension between women’s capacity for sensuality and their actual enjoyment. A half-century ago, pioneering researchers William Masters and Virginia Johnson documented women’s sexual athleticism, stating that the range and depth of their pleasure “infinitely surpasses that of man.” However, they also found that women internalized “prevailing psychosocial influences,” like the sexual double standard or the equation of desire with impurity, that might interfere with their sexual response. Anthropologists have similarly observed that in cultures that expect women to enjoy sex as much as men do, women have regular orgasms, whereas cultures that question the propriety of female pleasure are home to greater sexual difficulties. If the climate doesn’t cloak female pleasure in shame or mystery, or cast it as second rate, it may lie within easier reach.

For one married lawyer, who for decades assumed she was “frigid,” kindling eroticism was a process of claiming the freedom to do as she pleased in her intimate life, which eventually meant having consensual relationships with men other than her husband. “It didn’t happen overnight. It was a bit of a roller coaster,” she said of prising open her monogamous partnership. “It takes time to feel you have the space to do whatever you want, to create whatever relationship structure you want, to have whatever kind of sex you want. And then, oh my God, it’s like the bottom drops out.” For another woman in her late 20s, experiencing desire meant drawing new boundaries. Raised to believe that she should make herself available and pleasing, she came to equate intimacy with allowing her body to be relentlessly accessed. After working with a sex coach, she gradually felt empowered to say, “I don’t want to be touched anywhere,” and to stop viewing sex as a grudging performance for her partner’s benefit. Through learning to say no, she was able to eventually start saying yes.

For the women I interviewed, low desire rarely stemmed from a medical malady or a psychological condition. Rather, it was often a healthy response to quietly unwanted or lusterless sex. My conversations revealed that persistent sexual dissatisfaction is a sign that many women do not feel free to enjoy their sexuality, or know how to do so, and so engage in activities that are not necessarily inclusive of their pleasure. If women struggle in overwhelming numbers to inhabit their own bodies, it is a measure of feeling, or being made to feel, undeserving or less than. As dire as this sounds, it is also cause for hope. It’s far harder to rewire biology than it is to alter belief. While their paths to sexual healing varied, the women I spoke to made plain that satisfaction was rooted in their social power, in being entitled to explore and express their sexuality and in feeling equal to their partners. Pleasure and its value can be learned, and once learned, are not readily relinquished. 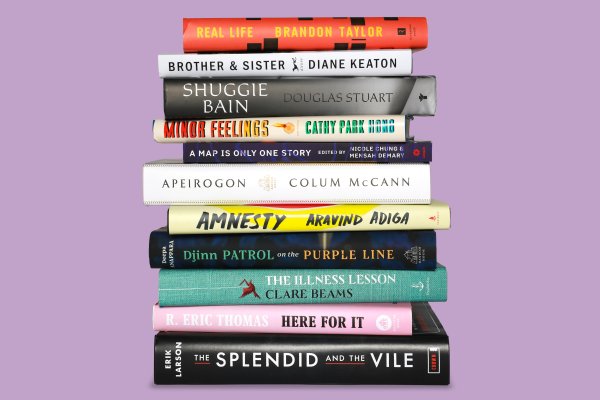 Here Are the 11 New Books You Should Read in February
Next Up: Editor's Pick