For years, climate activists have warned that a warming planet would bring devastation, disrupting not only developing countries and coastal communities but also the foundations of the global economy. Still, investors continue to pump billions of dollars into fossil fuels, governments prioritize policies to keep cheap oil flowing, and developers build on land that scientists say will soon be underwater.

Kristalina Georgieva, 66, the environmental economist who took the helm as managing director of the International Monetary Fund in October, has spent much of her career studying the problem. Now, she says, a slew of climate-related disasters have finally awakened the financial sector and the economic leaders who guide it. “The tide is turning,” she told TIME in a Jan. 23 interview at the annual meeting of the World Economic Forum in Davos, Switzerland.

Georgieva plans to take advantage of this moment. The new chief of the IMF described a range of measures the global financial institution will take to prioritize climate change during her five-year term: supporting policies that require investors to disclose climate vulnerability, measuring a country’s financial situation in part by its preparation for climate change, pushing countries around the globe to implement a carbon tax. “We have to create the right policy environment that is based on sound economics,” she says. “I’m prioritizing this for the Fund.”

At a time when much of the climate conversation centers on flashy policy prescriptions like the Green New Deal proposed by congressional Democrats, the climate policy of the IMF and the changing tune of the financial sector may sound wonky. But the climate challenge is unlikely to be met without the financial sector–and the authorities that regulate and govern it–on the right side of the fight. For decades, banks have given fossil-fuel companies the financing to mine and drill; meanwhile, governments have provided seemingly bottomless subsidies, some $5 trillion annually, the IMF said last year. At the same time, banks have largely ignored the risk that climate change poses to their customers, from businesses in the flood zone to homes in fire-prone areas.

At Davos, there were hints this may be changing. Just a few days before the conference, BlackRock, the world’s largest asset manager, said climate change would lead to a “fundamental reshaping of finance” and promised to rethink its strategy. Microsoft pledged to go carbon-negative in a decade and remove by 2050 a sum of carbon equivalent to all that the company has ever emitted. The value of assets under management in the Net-Zero Asset Owner Alliance, a group of investors committed to having a zero-emissions portfolio by 2050, grew to more than $4.3 trillion. And the IMF warned that climate change “already endangers health and economic outcomes.”

“I don’t want to be naive, but I want to acknowledge that the center of the global economy is now saying things that many of us have dreamed they might for a long time,” former Vice President Al Gore said at a dinner at Davos convened by WWF. “They’re saying them forcefully and eloquently.”

Two broad climate risks dominated the discussion among corporate executives and investors in Davos: physical risk and so-called transition risk. The former is obvious. Climate change drives extreme weather events and disasters, from flooding and drought to wildfires and heat waves, which can destroy infrastructure and devastate economies. IMF data shows that even seven years after a devastating tropical storm, a country’s GDP per capita remains 1% lower than it would have been otherwise.

Transition risk refers to the possibility that companies may get left behind as the world goes green–the industry driven out of business by new regulation, for example, or the technology made obsolete by new advances. Not to mention the brand tarnished by growing activist (and consumer) revolt.

Companies have been aware of these risks for years, in some cases decades, but executives have always seen managing them as a balancing act. Move too quickly and risk leaving behind your core business. Move too slowly and risk getting left behind.

But the swiftness and severity of recent climate events, along with the growing social pressure, have made the biggest companies and investors realize they’ve been too conservative, leaving them out of step with colossal changes that are already under way. “The degree of capital reallocation and the speed of that is going to be larger and happen more quickly than most market participants expect,” Brian Deese, BlackRock’s global head of sustainable investing, told TIME in Davos.

Georgieva wants to nudge the system along to make countries and companies acknowledge the threat climate change poses to their bottom lines. For years, the IMF has tested small islands for their exposure; this year it will do the same for Japan, building on pilots done in other advanced economies. At Davos, she endorsed the work central banks are doing to measure how climate change might impact portfolios.

Tackling climate change isn’t all bad news for the economy, Georgieva says, as a transition to clean energy sources creates new economic opportunity. “If we really have the courage to move, it may be the silver bullet that boosts the economy,” she says.

The newfound urgency of the climate discussion at Davos reflects the reality facing economic leaders. Nonetheless, challenges remain. So far it’s mostly just talk, of course. And for all the executives and investors who say they will tackle climate change, there are others who want to squeeze out the last few dollars in the fossil-fuel era. “This is a whole-of-economy transition, and in every sector of the economy there are companies that will be part of the solution and there will be companies that, for whatever reason, lag,” Mark Carney, governor of the Bank of England, said at a panel hosted by Bloomberg in Davos.

The companies that have made bold promises still need to deliver on them. As the teenage activist Greta Thunberg said in perhaps her most publicized moment of the week, “Pretty much nothing has been done, since the global emissions of CO[subscript 2] have not reduced.” In fact, global temperatures are on track for a rise of 3°C since the Industrial Revolution, even if governments follow through on their current commitments, blowing past the Paris Agreement’s target of keeping the temperature rise well below 2°C.

Jennifer Morgan, executive director of Greenpeace International, described the dynamic as a “tension” between companies that see themselves as part of the solution and “an old energy” driving companies that operate with business-as-usual assumptions. A Greenpeace International report released during Davos showed that 24 banks in attendance this year financed the fossil-fuel industry to the tune of $1.4 trillion from the adoption of the Paris Agreement to 2018.

Even as some investors start to step up to change that tide, Georgieva says the transition needs a push from leaders in government, beyond voluntary disclosures of climate risks. “To accelerate progress toward low-carbon, climate-resilient investments, it would be prudent to move toward mandatory disclosure,” the Bulgarian said. “It is a welcome sign that some central banks are going in that direction.”

For all the ardent declarations of intention at Davos, the true test lies in the months to come. This year will be a critical test of global commitments, as governments prepare to make new pledges to reduce emissions ahead of November’s U.N. climate conference in Glasgow. Davos was a good start; leaders are talking. Now they need to act. 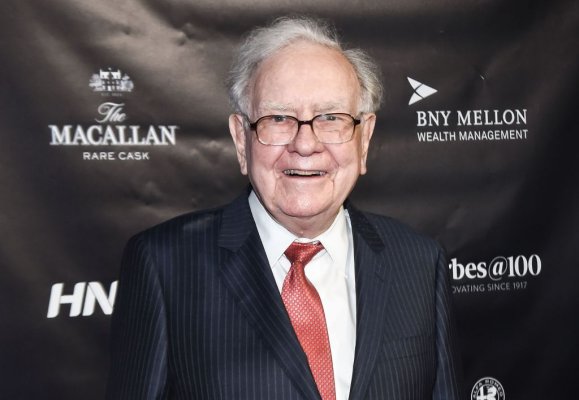 Warren Buffett Is Selling His Newspaper Empire After Lamenting Industry Is 'Toast'
Next Up: Editor's Pick