He Paid $345 for a Rolex in the 1970s. Its Value Today Left This Antiques Roadshow Guest Collapsing in Shock

A U.S. Air Force veteran collapsed on Antiques Roadshow upon hearing that his $345 Rolex watch was actually worth up to $700,000.

The man — identified only by his first name, David — said he ordered the watch, a 1971 Rolex Oyster Cosmograph, in 1974 while he was in the military, after noticing that many pilots wore watches from the same brand. He bought the Rolex for $345.97. That was about as much as the veteran’s monthly salary from the military at the time, he recalled.

Though he initially meant to wear the watch while scuba diving, he decided it was “really too nice to take down in salty water,” and kept it in a safety deposit box for the next several decades, David said during the episode, which was filmed in Bonanzaville in West Fargo, North Dakota.

Appraiser Peter Planes first told him that the particular Rolex model was worth about $400,000 — causing David to fall backwards in shock, his legs flinging upward.

“You okay?” Planes asked, as people could be heard laughing offscreen. “Don’t fall. I’m not done yet.”

Because Planes had even better news for the veteran. As the watch came with complete documentation, still had its original foil sticker on the back and was essentially unused and preserved, Planes said it was actually worth between $500,000 and $700,000. The veteran’s response to this revised valuation was — understandably — bleeped out of the broadcast.

“This appraisal hits the Roadshow trifecta,” the Antiques Roadshow‘s executive producer said in a statement to CNN. “An extremely rare item, a personal backstory that shines a light on our country’s history, and a fantastic guest reaction.”

Planes said the Rolex was one of the “greatest watches” ever seen on the show, which is now in its 24th season. 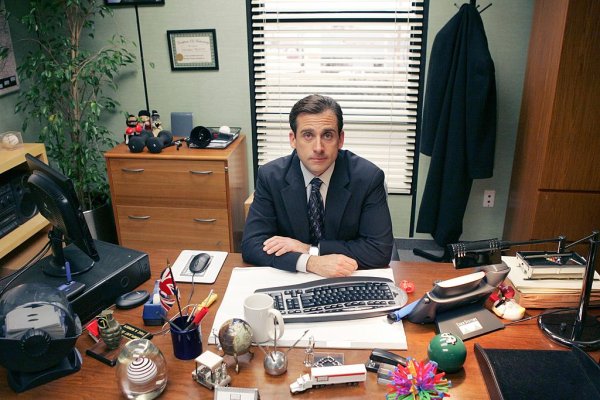 The Ultimate Ranking of the Best Memes of The Office That Will Have You Laughing Through the Daily Grind
Next Up: Editor's Pick