By Hillary Leung and Mélissa Godin

A 36-year-old man in the central Chinese city of Wuhan has become one of the latest—and youngest—victim of the new coronavirus outbreak, local health authorities announced Friday, raising concerns about who can be most affected by the virus.

Official data suggested that most of the previous victims were between the ages of 65 and 80. Previously a 48-year-old woman with diabetes was the youngest reported fatality. The oldest were two 88-year-old men.

Beyond the age of the patient, this latest case remains of concerns to experts. In many of the other 25 virus deaths, health officials reported pre-existing conditions such as diabetes, hypertension and pulmonary infection. The patient in this case, however, did not have any comorbidity.

“This 36-year old is an enigma,” said David Heymann, a professor of Infectious Disease Epidemiology at the London School of Hygiene. “We know that the majority of people who seem to have died to date have co-morbidity and they are elderly.”

The man was admitted to a hospital on Jan. 9 after experiencing a high fever for three days, according to the health commission of Hubei province, where Wuhan is located. A radiograph showed he had a lung infection and a high white blood cell count. He succumbed to the deadly virus on Jan. 23 after a drop in heart rate and a cardiac arrest.

“It’s possible that some young people suffering more intensely in this outbreak may have a genetic predisposition to getting more severe disease,” Dr. Peter Openshaw, a professor of Experimental Medicine at Imperial College London said.

The coronavirus, which originates from a seafood market in Wuhan, was first identified in mid-December. It has swept through China and beyond the mainland just as the region prepares to celebrate the Lunar New Year. Many public celebrations and temple fairs have been canceled in a bid to contain the illness. China also put at least 13 cities on lockdown as of Friday.

While SARS can be spread face to face through coughing, experts do not yet know if this is the case for coronavirus.

There are still a lot of questions remaining surrounding the transmission of the virus. “The question is how did they get infected? What type of transmission? Was it close body contact?” Heymann said. “There is not enough data yet to show that.”

There have also been concerns raised about whether the international community has been getting the full information around the outbreak.

“The Chinese CDC is working very hard to do that,” Heymann said. “The data is regularly passed on to the WHO.”

He added that globally speaking, authorities are better equipped today to manage outbreaks.

So far, China has confirmed 830 cases as of Friday, most of which are in Hubei province. But the virus has also spread overseas, including to South Korea, Japan, Thailand, Vietnam and the United States. Singapore reported two more new cases on Friday afternoon, bringing the number of patients who had been infected there to three.

After a two-day meeting, the World Health Organization said Thursday that the outbreak is an emergency in mainland China but is not yet of international concern. 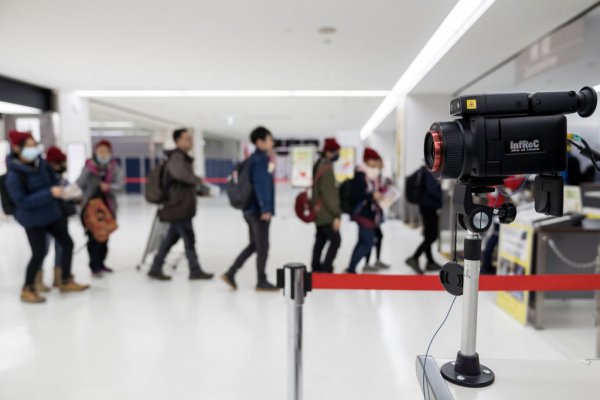 Flights Into the U.S. Are Not Yet Being Rerouted for Coronavirus Screening, CDC Says
Next Up: Editor's Pick