Getty Images
Ideas
By David French
French is a senior editor at The Dispatch and a columnist for Time. His new book is Divided We Fall: America's Secession Threat and How to Restore Our Nation. He is a former major in the United States Army Reserve.

There are times when vitally important stories lurk behind the headlines. Yes, impeachment is historic and worth significant coverage, but it’s not the only important story. The recent threat of war with Iran merited every second of intense world interest. But what if I told you that as we lurch from crisis to crisis there is a slow-building, bipartisan movement to engage in one of most significant acts of censorship in modern American history? What if I told you that our contemporary hostility against Big Tech may cause our nation to blunder into changing the nature of the internet to enhance the power of the elite at the expense of ordinary Americans?

I’m talking about the poorly-thought-out, poorly-understood idea of attempting to deal with widespread discontent with the effects of social media on political and cultural discourse and with the use of social media in bullying and harassment by revoking or fundamentally rewriting Section 230 of the Communications Decency Act.

What is Section 230? One of the early challenges of the internet was how to import the well-developed law of free speech to the online world. Were the principles of law developed for physical space also applicable to virtual space? And one of the first points of contention was over user-generated content. If I write a comment and post it on an online chat room or a comment board, is it my speech, the internet service’s speech, or did we both speak?

To take an example from our present era, if I write a Google review of a restaurant and claim they served me spoiled food, is that claim deemed to come from me alone – as a private individual – or also from Google, as a corporate actor? If an angry spouse posts on his Snapchat story that his wife cheated on him, is he saying she cheated, or is Snapchat also saying it? If the comment is mine alone, I’m the only one that can be held responsible if I’m lying. If the comment is Google’s or Snapchat’s also, then an aggrieved restaurant owner or angry spouse could sue the richest companies in the world to obtain redress.

In two early cases, the courts started to provide an extremely unsatisfactory answer to the questions above. In 1991, a federal court in New York dismissed a lawsuit against an early internet service provider named CompuServe on the grounds that CompuServe couldn’t be held liable for users’ speech because they didn’t exercise any control at all over posted content. Then, in 1995, a New York state court ruled that Prodigy – a competing internet service provider– could be held liable for a user comment because it moderated the message board, removing comments that violated Prodigy’s posting guidelines. Even that small level of control rendered Prodigy liable for its users’ speech.

Taken together, the two rulings put online providers in a difficult dilemma. Let everything in and your service would be quickly swamped with the worst, most vile forms of expression. But if you imposed even modest controls on user content, then you’d be liable for their words. Internet companies were on the verge of being forced to make a stark choice – dive into the sewer or dive into censorship..

So, Congress acted. In 1996, it passed Section 230. The law did two things. First, it declared that “No provider or user of an interactive computer service shall be treated as the publisher or speaker of any information provided by another information content provider.” In plain English, this means that my comments on Twitter or Google or Yelp or the comments section of my favorite website are my comments, and my comments only.

But Section 230 went farther, it also declared that an internet provider can “restrict access to or availability of material that the provider or user considers to be obscene, lewd, lascivious, filthy, excessively violent, harassing, or otherwise objectionable” without being held liable for user content. This is what allows virtually all mainstream social media companies to remove obscene or pornographic content. This allows websites to take down racial slurs – all without suddenly also becoming liable for all the rest of their users’ speech.

It’s difficult to overstate how important this law is for the free speech of ordinary Americans. For 24 years we’ve taken for granted our ability to post our thoughts and arguments about movies, music, restaurants, religions, and politicians. While different sites have different rules and boundaries, the overall breadth of free speech has been extraordinary.

As it always has through human history, free speech has been used for good and ill. Anti-vaccination activists abuse liberty by spreading medical misinformation online. Social media bullies have named and shamed even private citizens for often trivial offenses. But on balance, free speech is a great gift to American culture. As the courageous abolitionist Frederick Douglass declared in 1860, free speech is the “dread of tyrants.” It is the “great moral renovator of society and government.” The freedom to speak has been at the foundation of America’s most potent social movements.

But now that freedom is under fire. Many Republicans are enraged by perceived bias in social media content moderation (there is anecdotal evidence of bias, but overall conservative media does quite well online), and Senator Josh Hawley from Missouri has proposed legislation designed to withhold Section 230 protections from social media companies unless they can prove to a government panel – the Federal Trade Commission – that the social media company doesn’t moderate content in a manner “designed to negatively affect a political party, political candidate, or political viewpoint.”

Many progressives believe “fake news” and disinformation on social media helped elect President Trump and they worry about 2020 (though its real influence is uncertain and deeply-disputed). Joe Biden actually proposed revoking Section 230.

The argument is even leaking into pop culture. The comedian Sacha Baron Cohen gave a viral speech to the Anti-Defamation League where he condemned Big Tech and specifically called for the repeal of key provisions of Section 230 to make tech companies liable for user-posted content.

But note well the speakers here. Hawley, Biden, and Cohen have immense public platforms. Hawley even enjoys an extraordinary legal immunity that other citizens can’t even dream of – thanks to the Constitution’s Speech and Debate Clause, he can’t be held legally responsible for anything he says in the performance of his official legislative duties. There are no more privileged speakers in America than members of Congress.

Celebrities have their own websites. They’re sought after for speeches, interviews, and op-eds. Politicians have campaigns and ad budgets, and they also have abundant opportunities to speak online and in the real world. If they succeeded in making social media companies liable for users’ speech, they would pay no meaningful price. You would, however. Your ability to say what you believe, to directly participate in the debates and arguments that matter most to you would change, dramatically.

Large internet companies that possess billions of dollars in resources would be able to implement and enforce strict controls on user speech. Smaller sites simply lack the resources to implement widespread and comprehensive speech controls. Many of them would have no alternative but to shut down user content beyond minimalist input. Once again, the powerful would prevail.

In my opening paragraph, I argued that reforming or repealing Section 230 would represent “one of most significant acts of censorship in modern American history.” An entire contemporary culture of speech and debate exists thanks to Section 230. A generation of young people has grown up knowing nothing but the freedom to speak online.

Yes, this freedom is often abused, but – truly – whose fault is that? Is it Twitter’s fault if I lie about the news? It is my responsibility to exercise my rights responsibly. And the failure of others to respond well to freedom should not result in the loss of my right to speak. Politicians will sacrifice nothing if you’re silenced. In fact, when they speak of Section 230 reform, understand that they are uttering the ancient argument of powerful censors throughout American history.

“Free speech for me, but not for thee.” 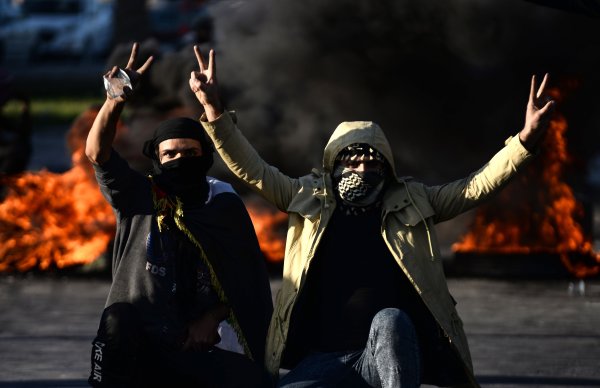 The Top 10 Geopolitical Risks for the World in 2020
Next Up: Editor's Pick