If you still think organic food is something for hippies and vegans—and best of all, hippie vegans, though that might be redundant—it’s time to update your cultural stereotypes. This morning Wal-Mart announced that it would begin carrying products from the Wild Oats organic line—and that it would offer the goods at prices that are at least 25% cheaper than their organic competitors. Wal-Mart, the Bentonville behemoth that became the biggest retailer in the world by ruthlessly lowering prices, wants to make organic food cheap. And that could make the organic food market go supernova. “If we can make the price premium disappear, we think it will grow much, much faster,” Jack Sinclair, executive vice president of grocery at Wal-Mart U.S., told reporters.

Organic has already been growing rapidly. Though the category still accounted for just 4% of total U.S. food sales at the beginning of 2012, organic sales rose to 10.2% that year, or $29 billion. A decade earlier, organic sales were just $8 billion. And this rapid growth is occurring even as sales at traditional supermarkets have been slumping. A wide swath of customers are switching to organic food when they can, and chances are even more would make the move if they could afford it: internal research at Wal-Mart found that 91% of its customers would buy “affordable” organic products if they were available. Over at Fortune magazine—another Time Inc. title—the editors are hailing the organic star Whole Foods on the cover of their latest edition:

In the short term, Wal-Mart’s move—which for now will be confined to staples like olive oil and tomato paste—could actually raise prices for some organic foods. That’s because the demand for organics has been outpacing the supply —this year there’s been a shortage of organic milk in many places, and organic egg production has dropped even as demand has increased because the price of the organic feed needed for the hens that lay the eggs has skyrocketed. (The example of milk is instructive: sales of whole organic milk nationwide increased 17% from January through October 2011, compared with the same period in 2010—even as sales of conventional milk over those months fell by 2%.) Under U.S. Agricultural Department rules, it also takes at least three years for farmers to switch from conventional crops to organic ones, so there will likely be a lag.

Still Wal-Mart’s unique, um, talent for getting suppliers to do what it wants will likely ensure that organic supply will rise to meet that growing demand over time, at prices that are less than what consumers have been accustomed to paying. The cognitive dissonance is inevitable—for the hardest-core of organic shoppers, the ones who long ago turned away from conventional groceries because of health and environmental fears, Wal-Mart is up there with Monsanto as a symbol of all that is is evil in the food world. But Wal-Mart has actually been selling organic products for years with a lot of success. And just as the company’s adoption of energy efficiency and renewable energy—while not without problems—has helped push those technologies towards the mainstream, Wal-Mart’s embrace of cheap organic could have a major impact on the American diet and farming. Scale is a hell of a thing. 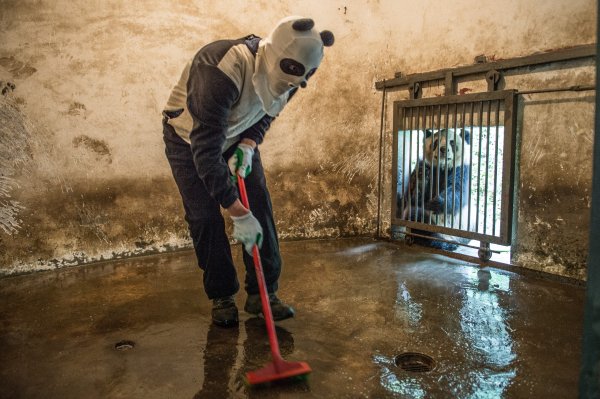