This Sept. 5, 2012 photo released by Harvard University shows a fourth century fragment of papyrus that divinity professor Karen L. King says is the only existing ancient text that quotes Jesus explicitly referring to having a wife.
Karen L. King—Harvard University/AP
By Elizabeth Dias

Scholars at the Harvard Theological Review announced Thursday that they see no evidence of forgery in an ancient text mentioning “Jesus’ wife.” The fragment of parchment made waves 18 months ago when scholars first made its discovery public. But before jumping to any conclusions, here’s what’s most important to keep in mind.

Carbon dating of the “Jesus Wife” fragment dates the text to the 8th century in Egypt. That is some five hundred years after the official Biblical text was already agreed upon, even by the latest dating estimates. The point of the fragment has never been to prove that Jesus was or wasn’t married—the gospels themselves, written within a hundred or so years of Jesus’ death, are silent on that point.

Today it is easy to imagine that the Bible has always been one cohesive book. But it actually took centuries for early church leaders and theologians to agree on what letters, gospels, and writings counted as “canonical,” allowed to be counted as the official Word of God. Hundreds of different gospel writers and authors wrote hundreds of texts about God and Jesus. Today we have fragments upon fragments of these documents, some are quite long, some are no more than a word, or a half a word.

While not all of them were accepted as Scripture, they do tell us something about how communities worshiped and what was important to them. So, if the parchment fragment is indeed authentic, it tells us that there was at least one community of believers that imagined that Jesus did have a wife, and it meant enough to how they lived their spiritual lives that they recorded it in a parchment. Without more information, we are left to imagine what that meant for how they allowed women to work in churches or what role they gave women in society.

It also tells us something about our own contemporary views about God. We are fascinated with the idea that maybe, a God made human could have married. We wonder what implications that has for how we should view women, especially in a time when Pope Francis seems to be nudging the door open for women in the Catholic Church.

And, one thing is for certain: everyone wishes the fragment could have been bigger. 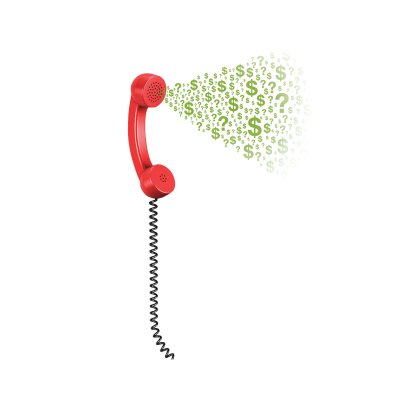 Dollars for Dialing
Next Up: Editor's Pick