FILE - In this Aug. 30, 2017, file photo, Minnesota Lynx's Maya Moore, left, shoots against Indiana Fever's Jazmon Gwathmey during the first half of a WNBA basketball game in Indianapolis. Moore will sit out a second straight WNBA season in 2020 to continue her push for criminal justice reform.
Darron Cummings - The Associated Press
By Josiah Bates

Minnesota Lynx forward Maya Moore has announced that she will miss her second straight WNBA season — and will not participate in the 2020 Olympics — as she continues to work on criminal justice reform efforts and for the release of Jonathan Irons, an imprisoned man she believes is innocent. In a Wednesday interview with the New York Times, Moore said that she’s not retiring from basketball, but also that the sport “has not been foremost in my mind.”

“I’m in a really good place right now with my life, and I don’t want to change anything,” Moore told the Times. “I’ve been able to rest, and connect with people around me, actually be in their presence after all of these years on the road. And I’ve been able to be there for Jonathan.”

Moore met Jonathan Irons in 2007 during a visit to the Jefferson City Correction Center in Missouri; the two have become close friends in the years since. Irons is serving a 50-year sentence for the 1997 burglary and assault of a man in his St. Louis home. The man was shot in the head during the incident, but survived. Irons was 16 when he was arrested.

Although there was no physical evidence that connected Irons to the case presented during the trial, the man who was shot identified Irons as the perpetrator. Prosecutors also claimed that Irons admitted to a police officer that he did break into the home — but Irons and his attorneys deny this, the Times said. In a Change.org petition advocating for Irons’ release, Moore also alleges that “unreliable eyewitness testimony” was presented during the trial, while witnesses who she says could have provided Irons with an alibi were not called.

Last year when Moore stepped away from basketball she focused her attention on criminal justice work and to support Irons during the appeals process for his case, which is ongoing. (The Missouri Attorney General’s office did not immediately respond to TIME’s request for comment.) At the time, Moore also cited exhaustion from her year-round traveling and work for basketball as a reason for her hiatus.

Moore is considered to be one of the greatest women’s basketball players of all time, and has been a dominant performer in the WNBA as well as overseas leagues. She’s won four WNBA titles in her eight-year career, and was awarded the league’s Most Valuable Player award in 2014. She’s also won a number of international titles, and four gold medals across Olympics and World Games.

In college, she won two National Championships while playing for the University of Connecticut, and led the team to a record 90 straight victories during her tenure.

“Over the last year we have been in frequent contact with Maya around the great work in criminal justice reform and ministry in which she is fully engaged. We are proud of the ways that Maya is advocating for justice and using her platform to impact social change,” Cheryl Reeve, head coach and general manager for the Lynx, said in a statement.

Moore began to advocate for criminal justice reform in 2016 after a series of high profile police shootings of unarmed black men. Her “Win For Justice” project — which criticizes how “a ‘win’ for a prosecutor has been a tally of convictions and trial results often resembling a sports scoreboard” — works to make the criminal justice system fairer.

Although she says that she off the court for good just yet, Moore added that she doesn’t think there is a lot more she can do in basketball.

“I have had such a unique experience in the game. I got to experience the best of my craft, and I did that multiple times. There is nothing more I wish I could experience,” Moore said. 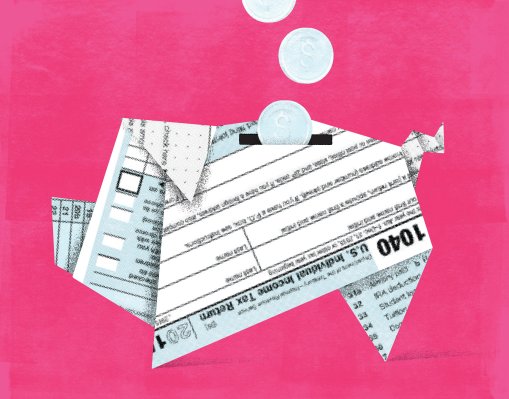 Here Are the Biggest Tax Law Changes to Look Out for This Year
Next Up: Editor's Pick