Is It Unethical to Watch Football With Your Kids?

Illustration by Alex Nabaum for TIME
By Sean Gregory

As another super bowl approaches, I keep thinking about a clear September afternoon at MetLife Stadium, home of the New York Giants, and wondering if I’m a crappy dad.

For the second straight year, I was lucky enough to take my 13-year-old son Will to a Giants game. We started the day running routes around the tailgaters in the parking lot. We each attempted a pair of short field goals in the fan zone outside the stadium. Four in a row! Once the game began, we explained the nuances of a two-point conversion to the friendly British fellow to our left, ate too much and embraced when the home team scored. We wondered if we were witnessing a bit of history: promising Giants rookie quarterback Daniel Jones was playing in his first home game. The Giants cruised to a 24-3 victory.

Sure, Will’s Giants didn’t win a game for another 2 ½ months. But at least he had September.

As a parent, I try not to take such outings for granted: I’m positive my son will remember that day forever, just as I can picture the handful of NFL games my father and I attended when I was a kid in the 1980s and early 1990s. But those were more innocent days. Back then, football fans were unaware of chronic traumatic encephalopathy (CTE), the neurodegenerative disease associated with football brain trauma. A 2017 study in the Journal of the American Medical Association found that 110 of 111 brains of former NFL players donated for examination showed signs of CTE; several high-profile former players who have died by suicide were found to have the disease. The troubling risk of brain damage has compelled some of today’s players to retire earlier than they otherwise would have. Carolina Panthers star linebacker Luke Kuechly announced on Jan. 14 that he was stepping away from the game at age 28.

As a journalist who’s written a lot about the risks of playing tackle football, I would not permit Will to play. Luckily, his paternal genetics have precluded any temptation for now.

But should I be O.K. with his watching the game? Don’t his eyeballs help support an enterprise that we know can damage its participants? This is on top of the laundry list of other reasons to tune out, like the stain of disturbing NFL domestic-violence incidents. Or the apparent blacklisting of a player, Colin Kaepernick, for a peaceful act of protest. Or a sudden dearth of African-American head coaches: three now, as opposed to seven in 2018. Around 60% of the NFL’s players are black. There are no African-American majority owners.

Fans say they support things like player safety and free speech and racial equality. But pro football is still the most popular sport in America, and TV and digital viewership rose 5% during the regular season. On Super Bowl Sunday, in what may be America’s foremost annual display of mass hypocrisy, around 100 million people will tune in. As a sportswriter who’s relished the opportunity to park myself in multiple Super Bowl press boxes, I’m even more compromised. Not only have I introduced my son to a problematic game, writing about it is part of my job.

Humans possess a healthy appetite for cognitive dissonance, notes Jim Taylor, a Bay Area psychologist specializing in sports and parenting. By watching football, “you’re gaining enjoyment from other people’s suffering,” he says. “There’s no doubt about that.” We house conflicting thoughts in our brain: Football is dangerous; we love football. To ease this inherent conflict, we can either quit football cold–or at least cut back on consumption–or talk ourselves into minimizing its risks. Maybe, you tell yourself, better helmet technology or stiffer penalties for head-first tackling can actually make for a safer game. Never mind that violent collisions are inevitable.

“We tend to be hedonistic beings,” says Taylor, “and choose the path that gives us the utmost pleasure.” When we bring our children into the mix, we’ll go to greater lengths to block out football’s downside. “Not only am I a co-conspirator, now I’m making my kids a co-conspirator,” he says. “There’s no greater cause for dissonance than thinking that we’re hurting our kids.”

But giving up watching football comes at a cost. You sacrifice potential bonding experiences with your kids. You lose a common language with friends and colleagues. “I can be at a party and say, ‘How about those Vikings?’ and strike up an instant conversation,” says Michael Bennett McNulty, a professor of philosophy at the University of Minnesota who grew up in South Dakota supporting the Minnesota Vikings. “When that bridge is lost, it can be tricky.” Despite that, McNulty no longer watches the game. “Without all the individuals supporting the sport, the harms wouldn’t happen,” he says. “Saying one is complicit is right and justified.”

In considering the ethical quandaries of watching football, my mind wandered to a fifth-grader’s science project. After New England’s Brandin Cooks was leveled on a helmet-to-helmet hit in the 2018 Super Bowl, Max Gorenstein, the son of one of my neighborhood friends, grew curious about the effects of football head trauma. So for the science fair, he explained the basics of CTE, and highlighted some of the players afflicted with the disease on a poster board with a football-field backdrop. He made two brains out of peach Jell-O: one of a normal brain, and one with reddish stains that represented the tau proteins that kill brain cells and signal CTE. Max’s project took a top prize.

I wondered if his research had changed his football-viewing habits. Not really, it turns out. While Max no longer wants to play the game, he still pulls for the Detroit Lions (his father Doug grew up in Michigan). But he does watch football with more concern for the players. “I think I’m going to start watching less,” says Max, now 12. “I feel guilty because I know football can be harmful.” Doug injects a dose of parental skepticism. “I know Max loves football,” he says. “I can’t imagine him watching less over time. I don’t think he has to or needs to. The players are adults who’ve chosen to take on serious risks. And in the end, the sport is not going to go away.”

Though my son Will’s fifth-grade science project was not about football, he’s also familiar with CTE. “Any time players get hit in the head, hard, it can affect their future,” he tells me when I ask him about it. “They can get depressed.” But he doesn’t feel bad about watching and would be plenty ticked off if I cut him off from the sport. He’s also, I found out, unhappy about the NFL’s treatment of Kaepernick, who has gone unsigned since the 2016 season. “Everyone is allowed to have political views,” Will says. “He might have different political views than the owners, but that doesn’t mean he shouldn’t have a job. It would be different if he sucked. But he doesn’t suck. He carried a team to the Super Bowl.” But again, it’s not enough to make him reconsider his fandom. “It’s just part of it,” Will says. “It’s the one thing I don’t like about the NFL. That doesn’t mean I should boycott the guys on the Giants.”

His analysis is not that different from my own. There’s a lot to dislike about football, but there’s still so much I love. So even as I feel some guilt about what I’m watching, I continue to tune in week after week, often with my impressionable teenage boy by my side. To give up football would mean giving up days like the one at MetLife. Though we could bond in other ways, Will’s deep love of football is now part of his personality. Abandoning the game would not just alter his fall Sunday routine but cause parental resentment my heart couldn’t bear.

What I’ve realized, however, is that it’s also not O.K. to simply be spectators. As my son gets older, I have to be better about engaging him in age-appropriate conversations about the reality of the sport. Football may bring us joy, but it’s not unadulterated. And I would not be doing right by my son if I didn’t continue to talk to him about both the good and the bad. It seems unlikely now, but perhaps as he gets older and learns more about these issues, he will make a different choice than the one he currently feels so sure about.

This knowledge does not prevent my dissonance from going into overdrive. Fully aware that I will watch the 49ers and the Chiefs with Will by my side, a plate of nachos between us, I still have a nagging feeling, a desire for someone to reassure me. I reach out to Ira Hyman, a psychology professor from Western Washington University who has sworn off football–“As someone who teaches my students about the risks of repeated head injuries, I’m not comfortable watching”–and ask him to give it to me straight: Am I a hypocrite? Hyman says I can take comfort in my coverage of football safety. Educating the public could lead to positive change. “I’m not going to call you a hypocrite,” he tells me, with a friendly laugh.

I suspect he’s just being nice. 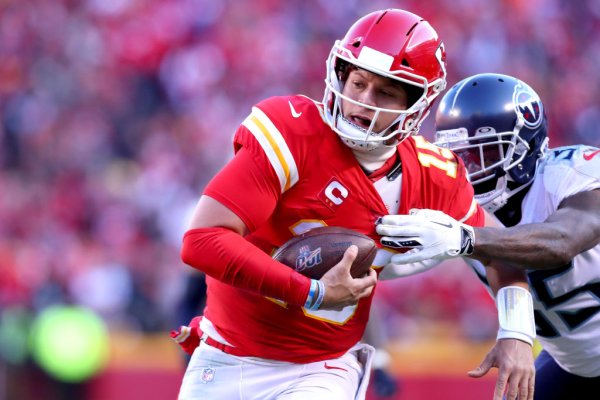