January 14, 2020 - Tehran, Iran: Students protest against the government at Tehran University at the same time when the pro-government students are holding a memorial for Major Gen. Qasem Soleimani in Tehran, Iran.
Arash Khamooshi—Polaris
Ideas
By Ian Bremmer
Bremmer is a foreign affairs columnist and editor-at-large at TIME. He is the president of Eurasia Group, a political-risk consultancy, and GZERO Media, a company dedicated to providing intelligent and engaging coverage of international affairs. He teaches applied geopolitics at Columbia University’s School of International and Public Affairs and his most recent book is The Power of Crisis

Scoring legitimate foreign-policy wins has not been easy for U.S. President Donald Trump, Twitter proclamations notwith-standing. But he’s just notched his biggest one yet against Iran.

Since Trump decided to pull out of the Joint Comprehensive Plan of Action (JCPOA), Iran has been careful to take only incremental steps away from the hard-fought nuclear deal in hopes that the other signatories would salvage it, but to no avail. Since then, Iran has spent the better part of a year testing U.S. limits. Cyberattacks. Harassing tankers. Shooting U.S. drones. Hitting Saudi oil facilities.

The U.S. response to all these has been notably restrained, at times infuriatingly so from the perspective of allies. When the U.S. finally did respond with the shock escalation and assas-sination of Qasem Soleimani, the head of the Quds Force, it sent a clear message to Iran that the U.S. was done being cautious.

Trump has argued in the past that his attimes erratic approach is to his advantage: “I don’t want people to know exactly what I’m doing–or thinking. I like being unpredictable. It keeps them off balance.” In a world as chaotic as ours, it’s a questionable strategy (especially when it comes to dealing with our allies) but one that has paid dividends in this case.

Had Iran not shot down Ukraine International Airlines flight 752, it’s possible the rest of the world would be applauding Iran for its attempt to deescalate tensions by shooting missiles into two U.S. military bases in Iraq and giving enough warning to ensure zero fatalities (though a few U.S. troops were wounded). But as it is, the Iranians’ misfire cost them any goodwill that the world was willing to spare Tehran’s regime.

Iran is now under massive pressure, from within and without. The Iranian people are suffering under tightening sanctions that have brought the country’s teetering economy to its knees. The European signatories to the deal, while still hoping it can be salvaged in some way, are increasingly reluctant to spend their own political capital for an Iranian leadership that seems just as determined as the U.S. to force the world to choose sides, even at the cost of civilian lives. Germany, France and the U.K. have now triggered the disputeresolution mechanism written into the JCPOA, a clear signal to Iran that they are no longer willing to let Tehran inch closer to a nuclear weapon while they wait for the 2020 election and hope the American people vote Trump out of office.

At this point, waiting out Trump is the only hope Tehran has left. If Trump wins another term, it will be near impossible for Tehran to avoid renegotiating the nuclear deal if it wishes to escape sanctions. But given just how large the divide between the country’s hard-liners and reformists has become, that’s a tall order.

With the benefit of hindsight, it’s becoming clear that the biggest mistake Iran’s reformists made wasn’t signing the JCPOA, but overselling the benefits of that deal to the public (a criticism that can also be lodged against the Obama Administration, if we’re being honest). A diplomatic breakthrough never came for Tehran, nor the economic revitalization that was promised them.

Achieving foreign-policy break-throughs is hard enough. Overpromising and underdelivering on those breakthroughs can be a tragic mistake–a lesson that Iran’s leadership, America’s and the rest of the world’s leaders would do well to heed. 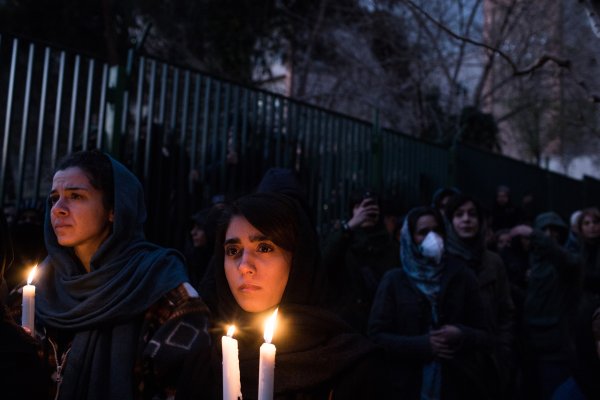 Why Iran's Regime Is Facing Renewed Protests After the Ukraine Airlines Plane Crash
Next Up: Editor's Pick