As yet another tax-filing deadline approaches, taxpayers who want to maximize their return (or minimize how much they owe Uncle Sam) would be wise to get familiar with a handful of key changes taking effect this year.

The good news is the tax code didn’t undergo a massive overhaul in 2019. Moreover, some of the changes that were passed could end up saving you money. “While changes in tax laws are nowhere near as major as they were two years ago, there are still important new tax considerations,” says April Walker, lead manager for taxation at the Association of International Certified Professional Accountants.

Here are some of the biggest changes to understand before you start gathering your W-2s and 1040s.

Illustration by Ben Sanders for TIME

In December, Congress revived a handful of recently expired tax breaks, many of which were intended to be temporary because they addressed a short-term need or lawmakers disagreed on financing them.

Under the new laws, for example, victims of hurricanes, wildfires or major floods may benefit from tax breaks such as employer credits and waivers for early withdrawals from their retirement plans.

Furthermore, while the IRS typically considers canceled debt as taxable income, it’s now making an exception for canceled mortgage debt used to buy a principal residence. Other provisions allow deductions on mortgage-insurance premiums. Some families will also be eligible for a deduction of $2,000 to $4,000 for college tuition.

Under the Affordable Care Act, Americans without health insurance faced a tax penalty of up to 2.5% of a household’s taxable income. The Tax Cuts and Jobs Act of 2017 reduced that penalty to zero for 2019. So if you were uninsured last year, you won’t face a tax penalty.

People often bequeath their individual retirement accounts (IRAs) to loved ones. To avoid penalties, IRS rules require people who inherit an IRA to withdraw a minimum amount each year, tied to life expectancy. But starting in 2020, inherited IRAs will need to be drained within 10 years.

While that extra income may be welcome, it could push some into a higher tax bracket. And people who were planning on using inherited IRAs for their retirement savings may now have to speed up their timetables, forcing some to pay taxes on distributions sooner than expected. “This is going to push up taxes for people who inherit IRAs,” says Cathy Curtis, founder of Curtis Financial Planning in Oakland, Calif.

Meanwhile, other IRA rules are being relaxed. Taxpayers used to be barred from making new contributions to these accounts after they reached the age of 70½. But beginning this tax year, Americans can keep contributing to a traditional IRA beyond that point. That may be a welcome change for many, as more Americans than ever before are now planning on working into their golden years.

Families with high doctor bills are also getting a reprieve: if your medical expenses were more than 7.5% of your adjusted gross income, you can begin deducting those expenses. (That threshold had been set to increase to 10%.)

Walker says you can still benefit from itemizing if you plan ahead. “By bunching deductions such as charitable contributions or medical expenses, you might be able to itemize in one year and take the standard deduction in another year,” she says. Beyond that, experts say, the best way to benefit from recent tax changes may be to maximize all the tax-free retirement savings you can.

The original version of this story misstated when the standard deduction is increasing to $12,400 for individuals and to $24,800 for married joint filers. It is tax year 2020, not tax year 2019. 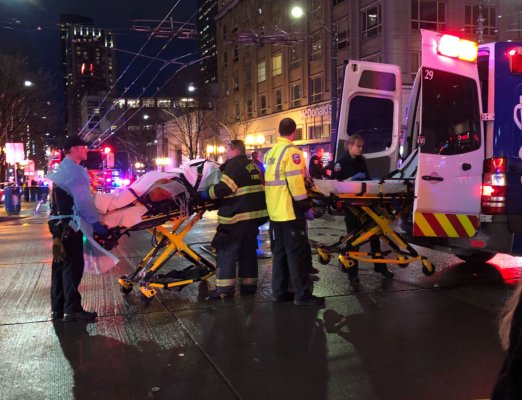 Suspects Arrested for Seattle Shooting That Killed 1, Hurt 7
Next Up: Editor's Pick