The orphaned teenagers at the center of Paul Yoon’s latest novel like to fantasize about traveling to far-off places at night. They go to Paris or the moon. One visits a “very large” ship. As their days dip into darkness, 17-year-olds Prany and Alisak and 16-year-old Noi, Prany’s sister, imagine that they are anywhere other than the bombed-out makeshift hospital where they sleep each evening.

In Run Me to Earth, the group of childhood friends assists a doctor by transporting supplies across 1960s Laos, where bombs rain down, leaving many injured or dead. But when they return from their trips, the three watch the stars through a slit in the ceiling and dream of all the places they’d rather be. Home is not one of those places, because home no longer exists for these characters. Places that were once comfortable and familiar to the teens are now ravaged by war; people they loved have been lost to unrelenting violence. Instead, Prany, Alisak and Noi develop an intense fascination with the intricacies of brutality. At one point, Alisak wishes he could witness a plane come down just to learn how the bombs are stored.

As he demonstrated in his 2013 debut novel, Snow Hunters, about a Korean War refugee who tries to rebuild his life in Brazil, Yoon’s greatest skill lies in crafting subtle moments that underline the strange and specific sadness inherent to trauma. Alisak reflects on his troubled childhood, when his diminutive size made him a frequent target of violence, and reveals that he once swallowed a tooth during a beating. “There were times this fact bothered him more than his own hunger or the sudden volley of gunfire,” Yoon writes.

But Run Me to Earth is more than a narrative of coming of age during wartime. The novel spans decades, following the characters after an evacuation sends them on radically different paths. As the book flips between perspectives, each character is catapulted back, time and again, to crushingly detailed memories of their shared youth. Before they make their escape, Noi finds herself stuck in a particularly vicious flashback from her childhood, in which she is asked to strip for an older man.

In Snow Hunters, Yoon played with structure to showcase the impact of violence on his protagonist over several years. Here, his decision to begin the book when the characters are young proves devastating and essential. In understated prose, he shows how they grow out of their teenage voices amid their fight for survival. As children around the world continue to grow up surrounded by violence and war, authors like Yoon seek to understand how experiencing those horrors shapes the adults they eventually become. And in Run Me to Earth, those horrors are scattered like unexploded bombs, waiting to go off at any time. 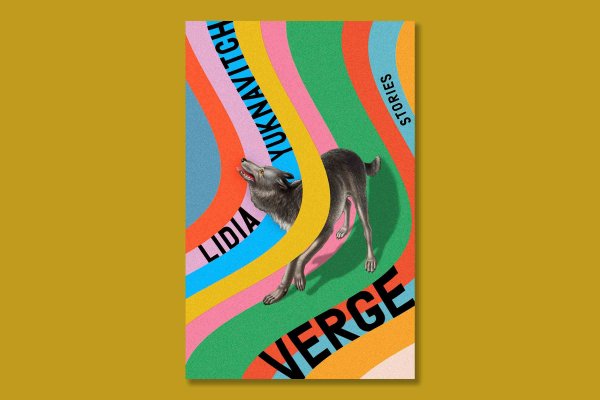 Lidia Yuknavitch Mines the Lives of People on the 'Verge'
Next Up: Editor's Pick