2 Men Suspected in Downtown Seattle Shooting That Killed 1 Person and Injured 7 Arrested in Nevada. Here's What to Know

By Hillary Leung and Tara Law

Police have apprehended two men named as suspects in a Jan. 22 shooting that left one person dead and seven others injured, including a 9-year-old boy, in a crowded shopping district in downtown Seattle.

A third suspect, a felon banned from possessing a firearm, was apprehended at Seattle’s Harborview Medical Center after police recognized him in a video, Best said on Jan. 23. He was charged with illegal possession of a firearm.

“Personally, I’m very glad that they’re in custody, and I’m certainly very relieved that these two people who were involved in a mass shooting, and a murder, are in custody. We’re all safer because of it,” said Best. Best said on Jan. 23 that the suspects had each been arrested dozens of times.

The fire department had transported five patients to Harborview and two more arrived at the hospital later. The 9-year-old boy, who was shot in the leg, was released from the hospital, Q13 Fox reported.

The deceased victim was identified as 50-year-old Tanya Jackson, a former resident of Anchorage, Alaska, according to the Seattle Times. She was pronounced dead on the scene. She and one of the injured victims were residents of a home provided by Plymouth Housing, which serves the chronically homeless.

Best said on Jan. 23 that the incident began with a dispute outside of a McDonald’s near 4th Avenue and Pine Street, in a busy area in downtown Seattle. The shooting was reported just after 5 p.m., and officers in the area responded “within seconds,” Best said.

“Guns were pulled, shots were fired, people were running, and the suspects fled from each other,” she said.

One witness told Seattle Times that she was inside a coffee shop when she heard a volley of gunfire. She saw people who had collapsed outside and an officer running towards the scene with an assault-style rifle a couple minutes after the gunfire started.

“I saw a couple of bodies go down,” another witness told the Times.

Video from the scene shows medics treating two victims outside on the sidewalk. 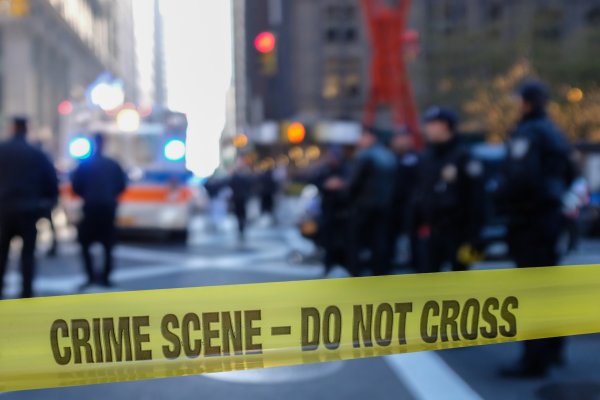