The priest once known as Nesyamun has been a man of few words for the past 3,000 years—which is how things go when you’ve been dead since about 1000 BCE. But according to a study just published in Scientific Reports, he recently spoke in a lab in the United Kingdom, and the single syllable the mummified Nesyamun uttered could open the door to an entire chorus of voices from the ancient Egyptian past.

One of the things that makes mummification special among interment rites is that unlike simple burial—in which bodies decay relatively quickly, leaving only bones behind—it preserves soft tissue. That makes it possible to study far more of the remains and determine much about the lives the mummies led and their health before their deaths. And provided you know what you’re doing, it can also tell you how they sounded.

Individual voices are determined not just by the vocal cords, which vary from person to person, but also by the shape of the vocal tract—the mouth, throat and nasal cavity, which serve as a sort of echo and amplification chamber for the sounds the vocal cords produce. Skeletons do not retain these soft tissues; mummies do.

In order to determine if it was possible to use a mummified vocal tract to reproduce a voice, a team led by D.M. Howard, a professor of electrical engineering at Royal Holloway, University of London, turned to Nesyamun, one of the world’s better-studied mummies. Discovered and transported to the Leeds City Museum in 1823, Nesyamun was first unwrapped and examined in 1824 and written up in science texts in 1828. As technology improved in the 20th century, he was later subjected to x-rays, endoscopy, dental exams and later CT scanning. He caught a break in recent years, left alone on display at Leeds until Howard and his team rolled him out once more, using CT-scanning to create a digital model of his vocal tract. They then used a 3-D printer to reconstruct it—though the model was incomplete.

A relatively minor portion of Nesyamun’s vocal tract—the soft palate, about the size of a small coin, was missing, but its shape could be easily inferred and added to the model. “The soft palate is a continuation of the mouth cavity on either side and is a smooth continuation in humans, so was readily ‘fixed,’” said Howard in an email to TIME. The tongue, while present, had lost much of its bulk, and while that does influence voice, it is a complex structure not easily reconstructed, so the researchers did not try.

The 3-D model was then attached to a small speaker system. That, in turn, was connected to a device known as a vocal tract organ, which produces an acoustical signal in the range of human speech, controlled by either a keyboard or a joystick. The signal piped through the speaker and then through the vocal-tract model should produce something like a human voice with the sonic fingerprint of the original vocal tract’s owner.

Using that technique, the researchers did make Nesyamun speak—a little. The priest who once spoke and sang his daily rituals produced just a single vowel sound, somewhere between the e and a sounds in the words bed and bad. That was it—for now—but as a proof of concept it worked. The researchers will proceed slowly, working more with Nesyamun, but reluctant to push this particular model of the vocal tract beyond what it can reliably produce. One problem is that the priest’s body was positioned as it has been for three millennia—for burial—and that produces a very different sound from the voice of someone standing or sitting or projecting to a congregation.

“As it stands,” [the system] can create just the steady sound of Nesyamun’s tract as it is in his sarcophagus,” Howard says. The next steps are to study more closely how living vocal tracts change their shape during different types of speech and then apply that information to future 3-D printed models. “If we can do that, we can create running speech,” Howard says. “But that is future work.”

One issue that was settled before the researchers even began their work was whether or not the entire project met the standards of scientific ethics. Human remains are sacred in virtually all cultures, and working with them can cross the line to the decidedly un-sacred. But as it happens, Nesyamun himself would likely have approved of speaking after his death. In ancient Egyptian culture, speaking the name of the dead is a way to make them live again—a dictum directed not just to the grieving survivors but to the departed themselves.

“Only those able to verbally confirm that they had led a virtuous life were granted entry to eternity and awarded the epithet ‘maat kheru,’ ‘true of voice,'” the researchers write. The words inscribed on Nesyamun’s coffin explicitly ask for such eternal life and for the ability to “move around freely and to see and address the gods.”

More than 30 centuries after his death, Nesyamun is getting that wish. As the science progresses, he may have still more to say. 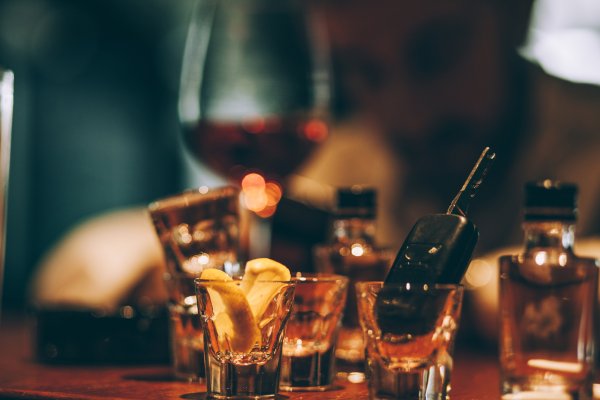 Fewer Americans Are Binge Drinking, But Those Who Are, Are Drinking More
Next Up: Editor's Pick