Watch Us Play Doom Eternal, the Most Pure Form of Doom Ever Made

Hell has come to Earth. Skyscraper-sized demons wade through the streets. Shopping malls run red with blood. Imps scatter along the ground, hurling fireballs at the unwary. Fat and floaty cacodemons vomit onto the streets, turning the pavement to rubble. Humanity seems done for. But there’s hope. Me. I am the Doom Slayer, the Doomguy, and I am here to rip and tear.

During the three hours I spent with Doom Eternal, I pulled the eye out of a cacodemon, leapt across the lava soaked streets of America, and powered up my Doom Fortress. I wielded a chainsaw, plasma blaster, and a shotgun. And after those three hours, I think Doom Eternal will be exactly what I wanted from this game: More Doom.

The 2016 reboot of Doom was a shock. I grew up playing 1993’s bloody first-person shooter, and didn’t think a retread could recapture the magic. I was wrong. Doom 2016 was an excellent game. But when they announced Doom Eternal, I worried that adding too much to the formula would spoil the fun. I’m happy to have been wrong twice. Doom Eternal feels like Doom perfected — it knows what made the original so good and it refines that, adding just enough spice in the process.

Doom Eternal finds the Doomguy (they really call him that) floating above a hell-ridden Earth inside his Doom Fortress (they really call it that). This floating castle is a grim hub from which Doomguy launches his assault on the forces of Hell as they invade Earth. The game’s opening moments do an incredible job setting the tone — you’ll feel like a superhero stuck in a horror film. This is Evil Dead 2 starring Wolverine. It’s violent, but the violence is so over-the-top that it feels like a cartoon. The first time I punched a demon on the top of the head only to have his neck collapse into his chest, I giggled. The music, aesthetic, and gameplay all come together to create something weird and special.

Weirdly, Doom Eternal is in part a resource management game. You need to watch your health, ammo, and shields. Fighting through demons diminishes all three, but killing demons replenishes them. If you wound a demon, they’ll flash blue and orange. Kill them while they’re flashing orange and the demon drops ammo, blue and they’ll drop health. Blast a demon with fire and it’ll drop shields. Add to this a limited-use chainsaw that cuts through your enemies and makes them drop power-ups like a piñata. Doom had a similar mechanic, but it’s been perfected here. I always felt as if I was on the edge of running out of health or ammo, but there was always a demon to kill to get the gear I needed to survive. The loop of tension and release in the cycle of running out of supplies then killing to fill them back up is very satisfying.

On top of all this, Doom Eternal is swimming in progression systems. The Doom Slayer can find upgrades for his weapons, increase the power of abilities such as dash, upgrade his health and armor, and earn more power-ups by levels and fighting through special “slayer gates” hidden on the map and seen in the video above.

The level design is bigger and more intricate here, too. There are more secrets, weirder scenes — at one point I used the sword of a Mecha Doom Guy to cut a hole in the chest of a demon to progress — and platforming. Jumping around the map as the Doom Slayer works well; I received double jump, a dash, and the ability to climb walls within the first few hours. The levels are full of secrets and upgrades that can only be reached with a clever double jump. Often, first-person platforming is frustrating but, as with combat, Doom Eternal makes you feel like a superhero. I never met a trick jump that was frustrating — at least not in the first three hours.

Doom Eternal is what I wanted from a Doom sequel: refinement. Developer id Software didn’t have to remake the game, just improve the formula they already had. Based on Doom Eternal’s opening, they’ve done that. The developers told me the campaign would last 20 to 30 hours, so we’ve got plenty of demon-slaying to look forward to on March 20, 2020 when Doom Eternal hits the PC, Xbox One and PlayStation 4. 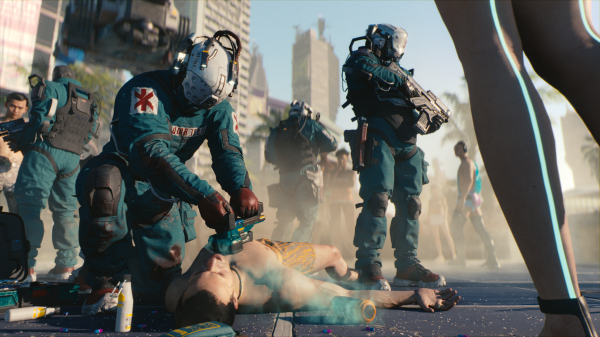