Two prisoners were killed at the Mississippi State Penitentiary at Parchman on Monday night. It’s the latest deadly incident at the prison, which has been dealing with stretches of violence in the past few weeks.

The Mississippi Department of Corrections (MDOC) says an altercation between multiple inmates left Timothy Hudspeth, 35, and another inmate with fatal injuries. The second inmate was not named, pending notification of his family.

“The safety of staff and prisoners at Parchman is our immediate priority, and we are working hard to restore and maintain order,” Interim MDOC Commissioner Tommy Taylor said in a statement sent to TIME. “We believe that the motivation behind this latest altercation is limited to this new tragic set of circumstances. The environment that makes such violence possible must be addressed quickly, and we are committed to making changes to do so.”

Officials at the prison are continuing to investigate the incident.

Parchman is the same prison that had three deaths from Dec. 29 to Jan. 3. During that same week, two other inmates were killed in separate Mississippi prisons. Two inmates also escaped from Parchman on Jan. 3 and were captured on Jan. 6. That same day, MDOC officials also sent more than 300 prisoners at Parchman to a private facility in Tutwiler, MS for their “safety” amid understaffing at the state penitentiary.

According to the Associated Press, another inmate was found hanging on Saturday night at Parchman. The inmate, Gabriel Carmen, had reportedly been upset and was throwing fecal matter before he died. An autopsy is underway, the AP reported.

More than two dozen inmates sued the state of Mississippi on Jan. 14, and are asserting that the prisons are understaffed, that they’re being forced to live in inhumane conditions and that the prisons are “plagued by violence,” according to AP. Rappers Jay-Z and Yo Gotti are paying their attorneys’ fees, the AP also reported.

MDOC Commissioner Pelicia Hall stepped down from her position last week shortly after Mississippi’s new governor, Tate Reeves, took office. Hall said she is going to work in the private sector and will be advocating for criminal justice reform. Former state lawmaker Tommy Taylor was appointed as Interim Commissioner. Reeves also announced last week that he was forming a group of “diverse, experienced Mississippians” to conduct a nationwide search for a permanent Commissioner, and that he will assign an officer from the Mississippi Bureau of Investigations to look into possible criminal misconduct at Parchman.

“We must get to the heart of the problem. And it starts with bringing order to Parchman,” Reeves said in a statement. “We will make progress, day by day, until we have a system that we can trust. It will be a long road, but it starts today.” 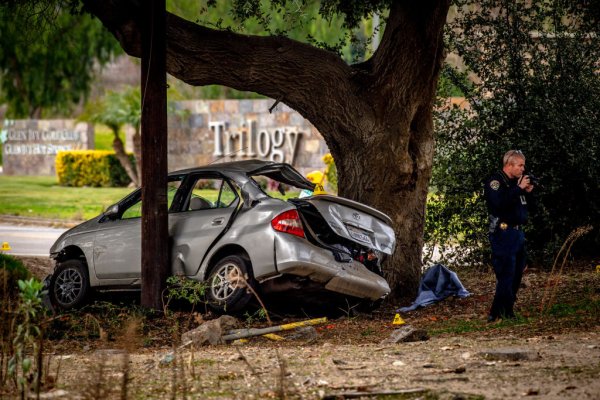 California Man Accused of Killing 3 Teens After 'Intentionally' Ramming Them With His Car
Next Up: Editor's Pick