A new report found widespread distrust in societal institutions — defined as government, business, NGOs and the media — despite a strong global economy, a phenomenon it deemed a “trust paradox.” The report concluded that people’s fears about the future are driving this trend, and proposed institutions prioritize balancing competence with ethical behavior to rebuild public trust.

The “Trust Barometer 2020” report was conducted by the communications firm Edelman, which has been running the survey for the past 20 years. The Barometer, which aims to survey trust and credibility around the world, is usually released at the start the World Economic Forum in Davos, Switzerland, which began on Tuesday. The 2020 barometer surveyed over 34,000 people in 28 countries.

Despite the strong global economy, the report found that 56% of respondents believe capitalism as it exists today does more harm than good in the world; fewer than one in three people in developed markets said they believe they and their families will be better off in five years. The report found that, globally, 83% of employees are worried about losing their jobs to reasons including automation, a looming recession, lack of training, cheaper foreign competition, immigration and the gig economy.

“We are living in a trust paradox,” said Richard Edelman, Edelman CEO, in a statement. “Since we began measuring trust 20 years ago, economic growth has fostered rising trust. This continues in Asia and the Middle East but not in developed markets, where national income inequality is now the more important factor. Fears are stifling hope, and long-held assumptions about hard work leading to upward mobility are now invalid.”

The Barometer found that none of the four institutions it asked about — government, business, NGOs and the media — are trusted. Wealthier, more educated individuals trusted institutions more than the rest of the population, a gap it describes as the “mass-class” trust divide. The report found that this divide reached record levels in a record number of countries.

The survey also found that trust in technology companies has substantially declined, with a global four point decline in trust in the technology sector from 2019 to 2020 and substantial declines of 10 points in France, eight points in Canada, Italy, Russia and Singapore, and seven points in the U.S. Sixty one percent of people responded that they felt the pace of change in technology is too fast, and 66% responded that they “worry technology will make it impossible to know if what people are seeing or hearing is real.”

In a similar vein, respondents worried about receiving accurate information. Fifty seven percent agreed that the media they consume is “contaminated with untrustworthy information” and 76% of people said they worry about “fake news being used as a weapon” — a six-point increase from 2018.

There’s also a lack of faith that the government can address these problems. Sixty six percent of respondents said they do not have confidence that “our current leaders will be able to successfully address our country’s challenges.”

“People’s expectations of institutions have led us to evolve our model for measuring trust,” said Edelman. “Trust today is granted on two distinct attributes: competence (delivering on promises) and ethical behavior (doing the right thing and working to improve society). It is no longer only a matter of what you do—it’s also how you do it.”

The report found that people are three times as likely to trust a company if they think it acts ethically, rather than just competently. It also found that employees expect their employers to act ethically, with 92% of employees said it is important for their their employer’s CEO to “speak out” on issues like income inequality, diversity, ethical use of tech, climate change and immigration.

“After tracking 40 global companies over the past year through our Edelman Trust Management framework we’ve learned that ethical drivers such as integrity, dependability and purpose drive close to 76 percent of the trust capital of business, while competence accounts for only 24 percent,” said Antoine Harary, president of Edelman Intelligence. “Trust is undeniably linked to doing what is right. The battle for trust will be fought on the field of ethical behavior.” 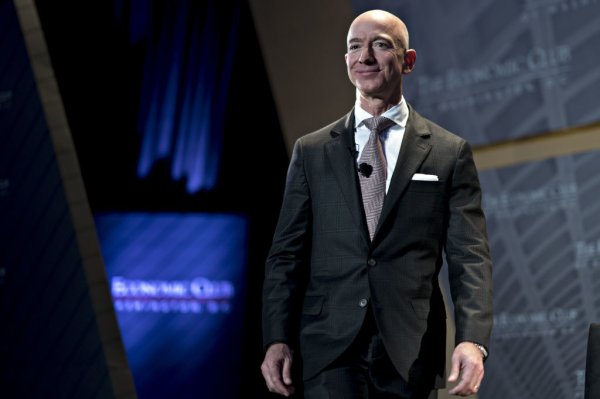 Billionaires Have More Wealth Than 60% of the World's Population, Report Finds
Next Up: Editor's Pick