In an interview Monday evening, Harvard law professor Alan Dershowitz told CNN’s Anderson Cooper that his stance on the justification (or lack thereof) for President Trump’s impeachment is “far more correct now” than the position he took during the Clinton impeachment trial, which he also opposed. Dershowitz is a high-profile member of legal team President Donald Trump has assembled to defend him in the Senate’s impeachment trial, which begins on Tuesday afternoon. He is expected to play a large role in the proceedings.

The legal team is planning to mount a defense against each of the two articles of impeachment against the President. Of the article charging abuse of power, they will reportedly argue that no crime was committed (thus rendering impeachment invalid on the somewhat-contentious grounds that impeachable conduct must also be criminal); of the article charging obstruction of Congress, they are said to cite a strong reading of Trump’s executive power as exculpatory.

“House Democrats settled on two flimsy Articles of Impeachment that allege no crime or violation of law whatsoever — much less ‘high crimes and misdemeanors,’ as required by the Constitution,” a defense brief submitted to the Senate on Monday argues. (This point is widely disputed, however. Many legal scholars believe an actual crime is not necessary for the president to be charged with “high crimes and misdemeanors,” but rather that it requires a serious abuse of the office.)

Read more: The Constitutional Question at the Heart of Trump’s Impeachment

Dershowitz has said he opposed the impeachment of former President Bill Clinton and voted for former Secretary of State Hillary Clinton in 2016, but joined the President Trump’s legal team “to defend the integrity of the Constitution.” Dershowitz has publicly defended President Trump in the past and in 2018 published a book titled The Case Against Impeaching Trump.

When speaking with Dershowitz, Cooper played footage of the constitutional lawyer during an appearance on Larry King Live during the lead up to the Clinton impeachment in 1998. In the clip, Dershowitz said of impeachment, “It certainly doesn’t have to be a crime if you have somebody who completely corrupts the office of president and who abuses trust and who poses great danger to our liberty, you don’t need a technical crime.” This is a position that could be seen as at odds with the defense Dershowitz will now help Trump mount — but not so, he says.

Dershowitz responded that his position remains that a President’s actions don’t have to be a “technical crime” for them to be impeachable. “You need criminal-like behavior akin to bribery and treason,” he said. Pushed again by Cooper, Dershowitz claimed that he held that position in the 1990s, but added that the issue “was not before anyone” during the Clinton impeachment because the President had already been charged with a crime. (Clinton was charged with perjury.)

Dershowitz also added that the two charges of “high crimes and misdemeanors” against President Trump “aren’t even close” to what the framers of the Constitution had in mind. In their brief, the President’s legal team argue that the framers constrained impeachable acts to offenses against “already known and established law,” and contend that “abuse of power” does not fall into this category.

With Cooper asking, “So you are saying you were wrong back then,” Dershowitz responded that, “I’m much more correct right now having done all the research.”

The president’s legal defense team also includes Kenneth Starr, the former independent counsel whose work led to President Bill Clinton’s impeachment, as well as Robert Ray, who succeeded Starr at the Office of the Independent Counsel under Clinton. 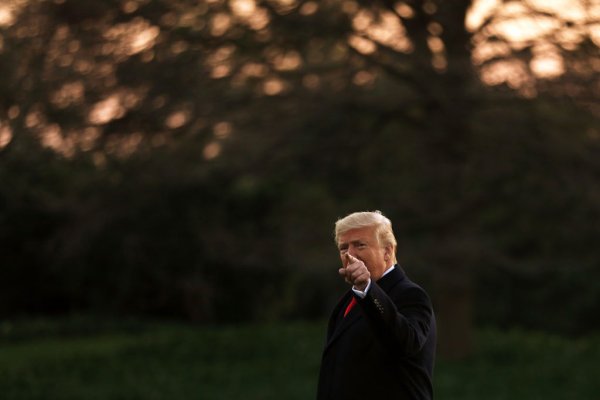 The Constitutional Question
Next Up: Editor's Pick