Back in the fall of 2017, during the 19th National Congress of the Chinese Communist Party, President Xi Jinping took the podium at Beijing’s Great Hall of the People to claim that one-party autocracy offered an option for “countries that want to speed up their development while preserving their independence.”

In the years since, China’s belief in its system of governance has only grown. The impeachment of U.S. President Donald Trump, turmoil in the U.K. over Brexit, and yellow vest protests in France, have all been held up by state media as evidence that Western democracy is messy and flawed.

But a stark rebuttal to this argument may be unfolding in the central Chinese city of Wuhan, where authorities said late Sunday that more than 170 people were being treated for a mysterious pneumonia-like virus, nine of them in critical condition. That’s a steep rise of 139 cases over the weekend, according to official figures. The actual number could be far higher: an independent study by Imperial College London‌ estimated what it said was a more realistic figure of 1,723 cases in Wuhan alone by Jan. 12.

“The situation in the hospital is worse than the media reports,” the wife of a doctor in Wuhan’s Xiehe Hospital, the city’s largest, tells TIME. “They will quarantine the entire floor if any suspected patients are found, and the hospital is about to reach full occupancy. A ‘dare-to-die squad’ has been deployed in the front line to fight the virus.”

Three people have already lost their lives and the virus—a “novel coronavirus” dubbed 2019-nCoV, belonging to the same family that cause SARS and MERS—has also been detected in the Chinese cities of Beijing and Shenzhen, as well as Thailand, Japan and South Korea. Potential though unconfirmed cases have also come to light in China’s Zhejiang province, Hong Kong and Vietnam.

As is to be expected in a one-party state with a tight grip on news, authorities in Wuhan are playing down the outbreak. Around half of the residents TIME spoke to were unaware of the crisis and consequently not taking precautions, such as avoiding crowds or wearing face masks. The lack of official clarity is especially risky, given that Friday marks the eve of Chinese New Year. An estimated 200 million Chinese will traverse the country during the holiday—15 million of them via Wuhan—heading to their hometowns to celebrate with family and potentially spreading disease.

“For any disease outbreak, the best strategy is transparency,” says Dr. Yanzhong Huang, senior fellow for global health at the New York City–based Council on Foreign Relations. “Even taking into account the potential for panic, you need people to be prepared.”

Although 2019-nCoV does not appear as virulent as SARS—which infected 8,000 people across 37 countries in 2003, claiming 774 lives—“Corona viruses are subject to high mutation, so it could well evolve into a more transmissible, more virulent virus,” says Huang.

It’s not just local officialdom keeping tight-lipped. The routine scrubbing of Chinese social media of any mention of the Wuhan outbreak indicates that the central government is also scrambling to contain the news. It’s unclear exactly why. The SARS pandemic was eventually attributed to wild civet cats for sale in a Guangdong market, and immediately afterward a campaign was waged to ban consumption of the animals. The 2019-nCoV virus is also believed to have originated from a market that sold live animals, in this case seafood. Perhaps the lax enforcement of preventative measures is the source of embarrassment.

The Chinese internet has been having a grim laugh at the implausible notion that 2019-nCoV managed to spread to Thailand and Japan before any Chinese cities other than Wuhan—a city of 11 million and a major transport hub. The idea has led some to sardonically label it a “patriotic virus,” more interested in infecting people overseas than other Chinese.

For others, it’s no joking matter. “I’m very concerned about the situation now,” says a Miss Wu, who runs an IT firm in Wuhan. “At first I trusted the government that everything was under control, but now with Chinese New Year approaching, I’m very worried. The situation is getting really serious.”

How much worse it becomes could be correlated with official willingness to come clean about the true extent and seriousness of the disease.

At the 2017 congress in Beijing, Xi said that “Socialism with Chinese characteristics” could “offer Chinese wisdom and a Chinese approach to solving the problems facing mankind.”

What happens this Lunar New Year may prove a serious test of that claim. 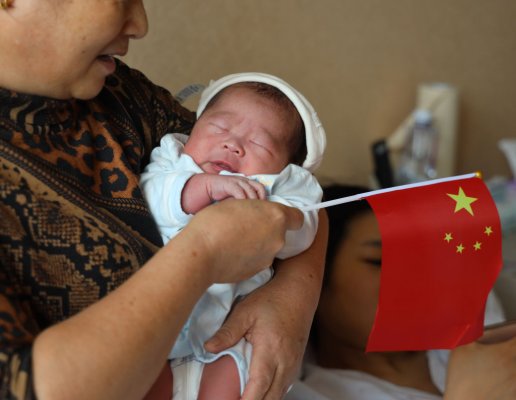