Bias against age is prevalent in many societies, embedded into societal institutions and expressed in individual perceptions and behaviors, and studies have shown that ageism can negatively affect older people’s health. As the aging population around the world continues to grow, these biases could add to already skyrocketing health care costs, say experts.

To determine how much ageism can influence older people’s health, researchers at Yale University analyzed 422 studies involving ageism in 45 countries from 1970 to 2017. The studies included data from seven million older people and specifically addressed age discrimination and health outcomes. In a report published in PLOS ONE on Jan. 15, the scientists found evidence of ageism adversely affecting older people’s health in 96% of the studies.

Becca Levy, professor of epidemiology at Yale School of Public Health, had been studying the issue at an individual level, but wanted to look beyond individuals to see how ageism’s impact on health played out at the societal and structural levels. She pulled the 422 studies in the analysis from a wider set of more than 21,000 that addressed both structural contributors to ageism and the effects of ageism on individuals’ health.

Overall, the studies found that ageism was related to worse health on 11 measures. Four of these are structural:

And seven of the measures are at the individual level:

Many of these measures were seen in an overwhelming majority of the studies. For example, in 85% of the studies, ageism was linked to older people being denied access to health care treatments and in 95% of the studies, there was evidence that ageism affected psychiatric conditions like depression, including increased depressive symptoms over time.

There was encouraging news in the findings, however, about the benefits of countering ageism. When older people adopted a more positive perception of their age, rather than buying into negative stereotypes, they experienced less anxiety and suicidal ideation. The data also suggest that improving education for health care providers about age-based bias could alleviate some of the negative health effects of ageism; while awareness of age discrimination has grown in recent years, other changes to the health care system, such as the shorter exam times that doctors have with their patients, may contribute to reinforcing negative stereotypes.

Such efforts for addressing ageism could lead to savings in health costs, says Levy, who conducted previous research showing that $63 billion spent annually on older Americans’ health for eight of the most expensive conditions could be traced to ageism. 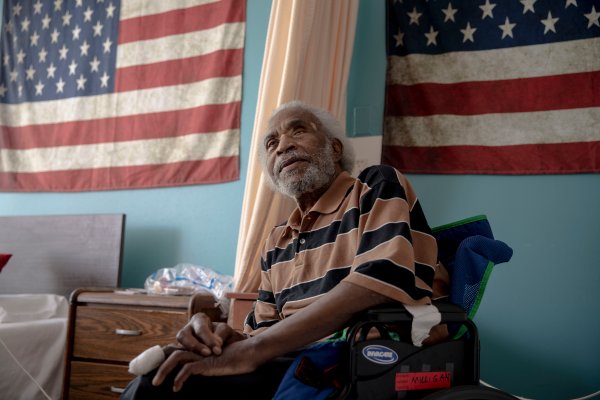 Why America Is Failing To Feed Its Aging
Next Up: Editor's Pick