In a statement released on Wednesday, Kirkpatrick, 69, said that her alcoholism was the “underlying cause” of her fall and that she will seek “rehabilitation and treatment.” She also thanked those who have shown her support.

“I am finally seeking this help after struggling to do so in the past, and I am ready to admit that I, like countless other Americans, suffer from this disease,” Kirkpatrick said in the statement.

It’s unclear how the treatment will affect her congressional work, but she made it clear that her offices will remain functioning while she’s away.

“During my absence, my congressional offices in Washington and Arizona will be fully operational, processing all constituent requests, meetings, activities and correspondence,” the statement said. “My positions on all recorded votes will be submitted to the Congressional Record and made publicly available.”

She represents a swing district in southeastern Arizona, which includes Tucson. She was previously part of the 1st Congressional district from 2009-2011 and then from 2013-2017. Before that, she was a member of the Arizona House of Representatives from 2005-2007.

Last Thursday, Kirkpatrick missed a vote in Congress on whether President Donald Trump is required to get approval from Congress before taking any further military action Iran, the Associated Press said.

Seven Republicans are expected to challenge Kirkpatrick for her 2nd Congressional seat in November, the AP said.

Kirkpatrick added that she believed her decision will strengthen her service to the state.

“I am taking this important step forward with the full expectation and desire to return to work stronger and healthier and to continue serving my beloved Arizona,” Kirkpatrick said in the statement. 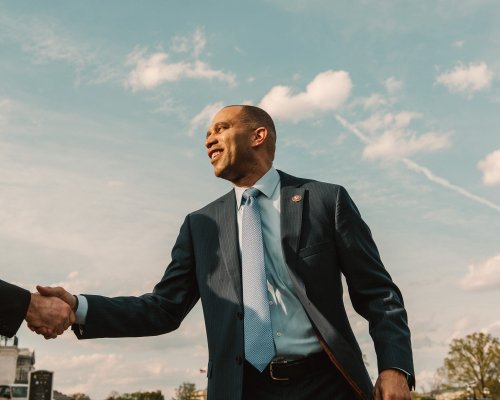 Hakeem Jeffries Moves to Center Stage as Impeachment Manager
Next Up: Editor's Pick