(Bloomberg)—Japanese Environment Minister Shinjiro Koizumi, a public favorite to succeed Prime Minister Shinzo Abe, is set to be the country’s first sitting cabinet member to take paternity leave, a decision hailed by the government as being progressive.

Koizumi, 38, told a news conference Wednesday he will take a total of two weeks paternity leave over the span of three months to the extent it won’t interfere with his ministerial duties. His son is due to be born this month, local media reports said.

The move from one of the country’s youngest-ever cabinet members could help in the country’s push to ease the burden on families by getting more men to take the leave, which ranks among the most generous in the developed world and is rarely used by fathers in Japan. The chief government spokesman Yoshihide Suga told a news conference he hopes that Koizumi taking the leave will encourage other men to follow suit.

“The atmosphere needs to be changed, not only the system. Otherwise the number of public officials who take paternity leave won’t increase,” Koizumi said.

The decision has caught the attention of the public in the country with “Minister Koizumi” and “childcare leave” among the trending topics on Twitter in Japan Wednesday morning. His colleague Justice Minister Masako Mori, one of the few women in Abe’s cabinet, chimed in to applaud the decision, saying Koizumi had consulted her about it.

The son of a prime minister, Koizumi has drawn intense media focus since announcing his marriage to a well-known TV newscaster and being appointed as a cabinet minister last year. He’s been openly critical of the stigma surrounding paternity leave, calling the fuss made about his decision as a sign that Japan is “rigid and old-fashioned.”

Fathers can take as much as a year off, but being away for that long to help with a child is seen as a taboo. Only 6% of fathers take paternity leave, and among those who do, about 60% are back at their desks within two weeks, according to the health ministry. By contrast, more than 80% of working women who give birth take leave, and most of them only return 10-18 months later.

That’s a problem for a country that is trying to stave off a demographic crisis while keeping women in the labor force to compensate for the aging population. Peopleaged 65 or over make up more than 28% of the population, and that is forecast to rise to more than 38% by 2065, while the population shrinks.

Japan ranks poorly against other developed nation in terms of gender equality. Its gender pay gap is one of the widest among advanced economies. According to the Organisation for Economic Cooperation and Development, Japanese women make only 73% as much as men.

“This decision takes a lot of courage,” a twitter user wrote. “It will remove an atmospheric barrier that has impeded men to take paternity leave.” 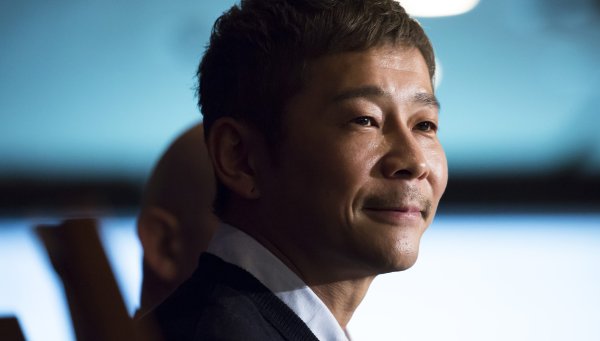 Japanese Billionaire Pledges to Give Away $9 Million to His Twitter Followers
Next Up: Editor's Pick