Jeopardy! producers issued a statement Monday offering an explanation for airing of a controversial question during a Friday episode and blaming the incident on “human error.”

During the episode, contestant Katie Needle responded to a clue under a “Where’s That Church?” category, which asked for the location of the Church of the Nativity, which tradition holds to be the birthplace of Jesus Christ.

Needle responded “Where is Palestine?” which host Alex Trebek said was wrong. Another contestant, Jack McGuire, answered next with “Where is Israel?” which was deemed correct. McGuire was awarded $200.

The Church of the Nativity is located in the West Bank city of Bethlehem, which is administered by the Palestinian Authority, established as a precursor to a Palestine state. Neighboring Israel has occupied the area militarily since 1967, and sponsored construction of hundreds of settlements widely considered illegal under international law.

In their statement, the producers admitted that the complicated legal status of the area made it ill-suited to serve as fodder for the popular quiz show.

“We became aware that the clue was flawed as written and that determining an acceptable response would be problematic,” the producers said in their statement. The statement says that producers voided the clue, threw it out, restored Needle and McGuire’s scores and filmed a replacement clue about the Basilica of our Lady of Guadalupe located in Mexico. But the Bethlehem question ended up airing due to “human error,” they say.

Viewers caught the error as the episode aired, noting that Needle and McGuire’s scores had changed without explanation when the program returned from a commercial break.

“Unfortunately, through human error in post-production, the uncorrected version of the game was broadcast. We regret the error and we will make every effort to ensure this never happens again,” the producers said. They also shared what was supposed to be the replacement clip:

Some viewers were quick to share their frustration with the question, including Omar Baddar, the director of the Arab American Institute: 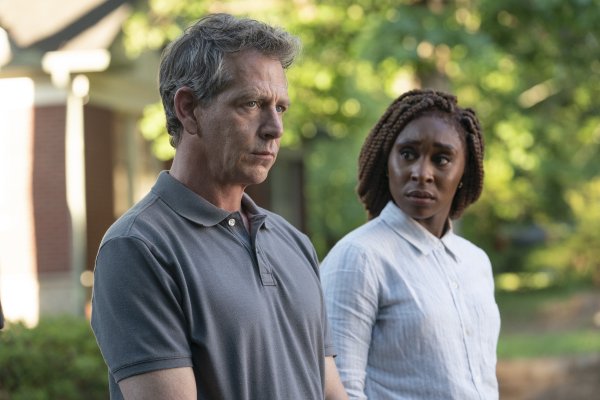 Cynthia Erivo Is the Saving Grace of HBO’s Muddled Stephen King Adaptation The Outsider
Next Up: Editor's Pick