'Normal' Human Body Temperature Has Changed in the Last Century

And since 1871, “normal” has meant 98.6°F (37°C). That number was determined by a German physician, based on millions of readings from 25,000 German patients, taken by sticking thermometers under their arms. When doctors in the U.S. and Europe repeated the experiment in local populations, they came up with the same number, so it stuck.

But in a paper published last week in eLife, researchers at Stanford University reported that the normal human body temperature has dropped since that time. And that means the standards that doctors have been using to define normal temperature and fever might need to be reworked.

Julie Parsonnet, a professor of medicine at Stanford University School of Medicine, and her team analyzed data from three large databases involving more than 677,000 temperature readings from nearly 190,000 people, collected between 1862 and 2017. The first dataset is drawn from health information collected on Union Army soldiers from 1862 to 1930. The second, the National Health and Nutrition Examination Survey, comes from U.S. population-wide data from 1971 to 1975. The third is the most recent, and includes measurements taken by the Stanford Translational Research Integrated Database Environment study from 2007 to 2017.

The team found that average body temperatures in the earliest database, from the Union Army veterans, were higher than the temperatures recorded in each of the latter two periods. On average, the temperatures dropped by 0.03°C and 0.029°C per decade for men and women, respectively, over the 150-year span. To address the issue of whether thermometers were less accurate in earlier times, or whether previous generations of doctors measured temperature differently, the scientists also compared body temperatures within a single population, to minimize any potential measurement bias. Within the Union Army population, for example, the trend remained strong; temperatures were higher among those born earlier than among those born later, by about 0.02°C per decade.

Perhaps the most important factor, however, is the development of treatments for infectious diseases over the last century. “We have gotten rid of many of the inflammatory conditions that people had—tuberculosis, syphilis, periodontal disease, wounds that didn’t heal, dysentery, diarrhea—with antibiotics and vaccines,” says Parsonnet. “Plus, we conquered general inflammation with non-steroidal anti-inflammatory drugs and statins, all of which enable us to live almost inflammation-free.” That, in turn, might have contributed to a creeping decline in average body temperature as the body is freed from heating up to fight off disease.

While the drop indicates that today’s populations are less likely to be harboring infections, that doesn’t necessarily mean they are healthier overall compared to earlier generations, since other chronic diseases like diabetes and cancer have become more common in recent decades. That means it isn’t obvious that a population of people from one country, for example, whose average temperature is lower than that of another population’s, is necessarily healthier.

But what the findings do support is the idea of moving away from using a universal “normal” temperature, and towards more personalized temperature readings that take into account the many factors that can influence the measure, like height, weight, age, time of day, and outside temperature. “We can estimate better what a normal temperature is for an individual person than we currently do,” says Parsonnet. “Now we use one number, but that value may not make sense, since a normal temperature may be different for different people.”

The original version of this story misstated the average drop in body temperature for women each decade. It is 0.029°C per decade, not 0.29°C per decade. 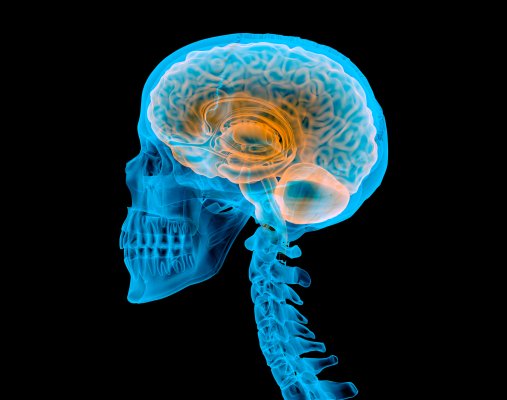 3D Printing and the Murky Ethics of Replicating Human Bones
Next Up: Editor's Pick