An Oregon woman whose husband confessed to church leaders about inappropriate sexual contact with his minor daughter is suing the Church of Jesus Christ of Latter-day Saints (LDS) for $9.5 million, arguing that LDS doctrine had required his “confession-like communications” were kept confidential.

The lawsuit accuses the church of violating its own “doctrine of confidentiality” by reporting the woman’s husband to authorities, which led to his subsequent arrest and imprisonment. The plaintiff’s husband was arrested in 2017 and sentenced to 15 years in prison after pleading guilty to sexual abuse, according to the Associated Press.

“This has nothing to do with victims of abuse,” the plaintiff’s lawyer William Brandt tells TIME in an email. “This case is different because it deals with the confidentiality of a church member making confidential statements to a clergyman which are privileged.”

The lawsuit was first covered by the Salem Statesman Journal and the Oregonian. TIME is not identifying the plaintiff or her husband to avoid identifying their daughter, a victim of sexual abuse.

Oregon is one of roughly 28 states that include clergy members as mandatory reporters of suspected incidents of child abuse or neglect. “While clergy-penitent privilege is frequently recognized within reporting laws, it is typically interpreted narrowly in the context of child abuse or neglect,” the Children’s Bureau explains. “The circumstances under which it is allowed vary from State to State, and in some States it is denied altogether.”

The state defines members of the clergy as part of said “public or private official” category, but also notes instances in which “clergy-penitent privilege” is considered an exception to mandated reporting, as it relates to the clergy member “being examined” over confidential communications or confessions.

The woman’s lawsuit described how she learned that her husband had engaged in “inappropriate conduct” with their underage daughter “sometime in 2016.” After her discovery, the complaint says that the couple “followed the rules and scriptures of the [LDS] church,” directing them to “confess their sins.”

A man described as a counselor in the legal complaint apparently failed to advise the convicted man or his family that “if he followed Church scripture and guidance and confessed his sins, that they would report him to state authorities,” the complaint said.

In a statement emailed to TIME, the Church of Jesus Christ of Latter-day Saints, commonly known as the Mormon church, emphasized that “protecting victims and ensuring proper reporting is a top priority.”

“The Church teaches that leaders and members should fulfill all legal obligations to report abuse to civil authorities,” said Eric Hawkins, a spokesman for the church. “In some circumstances, those obligations may be governed by their professional duty and in others by their role as clergy.” 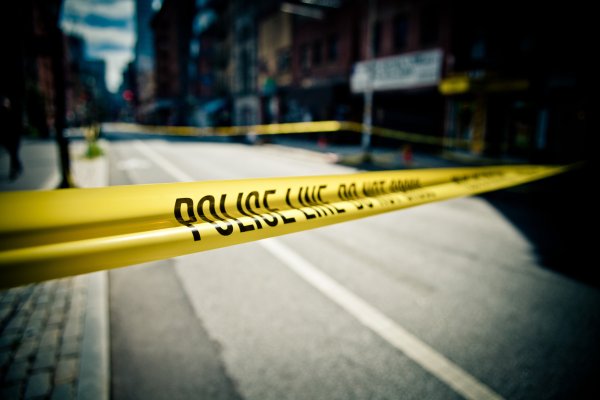