Bernie Sanders’ New Hampshire Victory Is a Big Deal for Socialism in America. Here's What to Know About the History of the Idea

Bernie Sanders, the sole democratic socialist in the 2020 presidential race, came out on top in the Democratic Party’s primary in New Hampshire, winning about 26% of the vote. His victory followed a neck and neck race with former South Bend, Ind., mayor Pete Buttigieg in the Iowa caucuses. The Vermont senator’s primary success is the latest development in a long and bumpy history of political socialism in the United States.

The contentious political philosophy has had a presence in the U.S. since the 19th century. Early utopian communal experiments beginning in the 1830s laid the groundwork for a golden era of political socialism in the early 20th century, a period punctuated by Eugene Debs’ historic presidential run and the elections of socialist candidates across the nation. A series of factors, including the political persecution of socialists, an unsavory global image of socialist revolutionaries, and the rise of Communism combined to push socialism to the political fringe in the early 1900s, where it remained for almost a century.

In the wake of the 2008 financial crisis, politicians identifying as socialist enjoyed a groundswell of renewed support. In the 2018 midterm elections, dozens of members of Democratic Socialists of America (DSA) were elected to state and local offices, and Reps. Alexandria Ocasio-Cortez and Rashida Tlaib were elected to the U.S. House. While Sanders is not a member of DSA, he has long identified as a democratic socialist, a philosophy that he describes as part and parcel to his support for large, taxpayer-funded programs, like Medicare for All.

Sanders’ success in both Iowa and New Hampshire may signal that a version of American socialism is again on the rise.

Watch the video to learn more about America’s nuanced history with socialism. 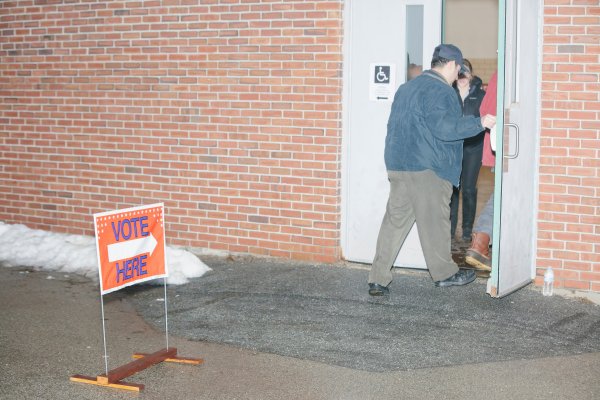 Low-Grade Panic in New Hampshire
Next Up: Editor's Pick